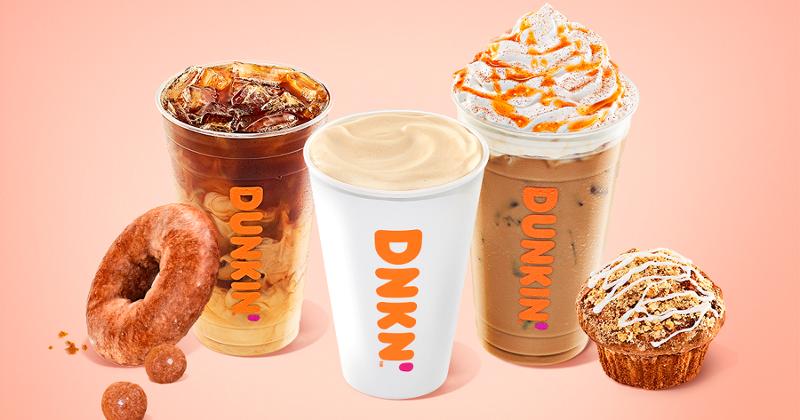 Pandemic-weary Americans are looking for some normalcy, and coffee chains are bringing it early this year in the form of pumpkin spice latte. And although it’s only mid-August, candy companies, retailers and even Jamie Lee Curtis are revving up consumers for Halloween.

Dunkin’ is first out of the gate with its pumpkin-flavored coffee and espresso drinks and bakery treats, launching on Aug. 19. Included is the chain’s new Signature Pumpkin Spice Latte, which combines espresso with pumpkin and vanilla flavors, topped with whipped cream, caramel drizzle and cinnamon sugar. It’s available in both hot and iced beverages through the fall.

Also in the lineup is a new Chai Latte for tea fans, as well as Dunkin’s returning pumpkin muffins and Munchkins in apple cider and pumpkin flavors.

Starbucks announced that its iconic PSL would return on Aug. 25.

Although the Halloween holiday can’t be rushed to take place before Oct. 31, it’s not too early to build anticipation. “Consumers are seeing now in their local retail stores that Halloween chocolate and candy is on full display, which speaks to retailer and manufacturer optimism that Halloween is happening and that it is going to be a great season even if we have to celebrate a little differently this year,” said Lauren O’Toole Boland, director of communications at the National Confectioners Association.

In mid-June, NCA enlisted Harris Poll to gauge consumer sentiment around Halloween 2020. Millennial moms and other young parents are gung-ho; 74% said that the holiday was more important than ever this year.

A follow-up survey conducted by Morning Consult in late July found that 63% of adults believe that people would find creative, fun and safe ways to celebrate the Halloween season this year. A poll by retailer Party City confirmed this feedback—96% of parents said they would be celebrating Halloween in October.

Curtis, star of the iconic 1978 film “Halloween,” weighed in earlier this week, telling the New York Times that “Halloween will be different this year,” but “different doesn’t have to be bad … there can be a lot of fun and creativity.”

This story has been updated to reflect the release date of Starbucks' Pumpkin Spice Latte.