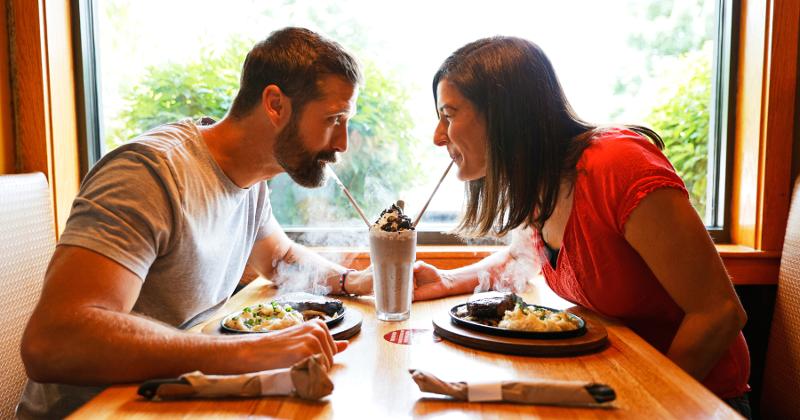 In May, Applebee’s President John Cywinski got a text from a friend about a song he’d just heard on the radio with a chorus about eating at Applebee’s.

The song was “Fancy Like,” a soon-to-be viral hit by country singer Walker Hayes. Cywinski is a fan of the genre and was familiar with Hayes’ 2017 song “You Broke Up With Me.” But he hadn’t heard “Fancy Like” yet. And when he did, he was blown away.

“Holy smokes,” he thought, “these lyrics are so much about our brand.”

The song is about a couple with simple tastes—blue jeans, Natty Light—who occasionally indulge in a night out at the casual-dining chain.

“Yeah, we fancy like Applebee's on a date night,” Hayes sings in the chorus. “Got that Bourbon Street steak with the Oreo shake. Get some whipped cream on the top too. Two straws, one check, girl, I got you.”

For Cywinski, it underscored the chain’s image as unpretentious and accessible. He quickly reached out to Hayes, who he learned is a loyal Applebee’s customer in real life. A typical date night for the Nashville-based country star and his wife really is Applebee’s, Cywinski said.

“I thought that was really cool, because that is very much what the Appplebee’s brand is all about,” he said. “We are not pretentious. We are that familiar, comfortable, inviting, welcoming, neighborly brand. … You come as you are.”

Applebee’s began working with Hayes to create advertising around the song, which was not yet the chart-topping crossover hit it was to become in mid-June. That’s when Hayes posted a video to TikTok of him and his daughter dancing to “Fancy Like,” and things really took off.

The video got more than 1 million views the day it was posted, and spawned countless reenactments across the social media app and beyond—including people filming themselves doing the dance at Applebee’s. “Fancy Like” became the No. 1 country song in the U.S. and rose close to the top of Billboard’s Hot 100. It also drew complaints from social media users who couldn't get the earworm out of their heads.

“It took on a life of its own,” Cywinski said.

The chain doubled down on the free exposure, creating a series of TV ads featuring the song and various renditions of the dance from TikTok.

It also brought back the Oreo Shake, which had been cut from the menu during the pandemic because it’s complicated to make. And it photographed Hayes and his wife eating Bourbon Street Steak and shakes and used that for in-store merchandising.

The result was “some of the best perceived advertising that we’ve ever produced,” Cywinski said—which is saying something for a chain known for the music in its ads.

The explosion of “Fancy Like” aligned with a strong third quarter for Applebee’s. Its same-store sales increased each month from July to September and outdid 2019 figures by a record 12.5%. That is notable considering that many of its casual-dining competitors saw sales fall month to month because of the rise of the delta variant in late summer.

Cywinski was careful not to attribute all of Applebee’s recent success to the song, but acknowledged that it helped keep the brand “top of mind” in August and September.

“Our mojo started in March, and it’s been very consistent,” he said. “And this is part of that, but it’s not our only program.”

He also credited the chain’s simplified menu and operations and the addition of a dedicated “sanitation specialist” position in every restaurant to make customers feel safe. It also ran ads in summer 2020 featuring the theme songs from “Welcome Back, Kotter” and “Cheers” that Cywinski said were “instrumental” in bringing guests back.

But Hayes and “Fancy Like” were truly “lightning in a bottle” for Applebee’s, he said. The two now have a partnership, and Cywinski said it’s likely there will be more collaborations to come.