Inspire Brands, the parent of Arby’s, Buffalo Wild Wings and three other restaurant brands, has promoted Chris Fuller to chief communications officer, with responsibility for all of the fast-growing company’s internal and external messaging.

Fuller also serves as what Inspire calls “executive sponsor” of the company’s efforts to give back to the communities it serves. In that role, he oversees the outlay of what is expected to be $16 million in contributions to youth-oriented causes this year.

He will continue to report to Inspire CEO Paul Brown, who hired Fuller during the rejuvenation of Arby’s, the brand that combined with Buffalo Wild Wings and Rusty Taco to form Inspire. The parent company has since acquired Sonic Drive-In and, as of last week, the Jimmy John’s sandwich brand.

Brown noted in the announcement of the promotion that Fuller has contributed more to the organization than just the usual work of a communications executive. The CEO described him as “a trusted adviser” who “has been instrumental in fostering a winning culture and organization.”

In his expanded role, Fuller is responsible for all communications relating to corporate developments, mergers or acquisitions, government affairs and community interactions. He also oversees major corporate meetings such as franchisee conventions, according to the announcement.

“I’m proud of what our team has accomplished so far as we’ve built recognition for Inspire as one of the largest restaurant companies in the world,” Fuller said in the announcement. “We’ve taken strong steps to create an in-house newsroom, showcase our economic impact and protect our brands, and we’re just getting started.” 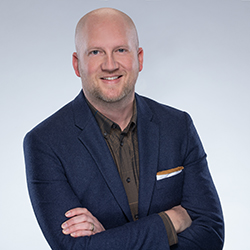 Before joining Arby’s in 2013 as SVP of communications, Fuller headed the global public affairs and corporate social responsibility operations of Yum Brands, parent of Taco Bell, KFC and Pizza Hut.

He is a graduate of Western Texas A&M University and holds a Master of Business Administration from the University of Dallas.