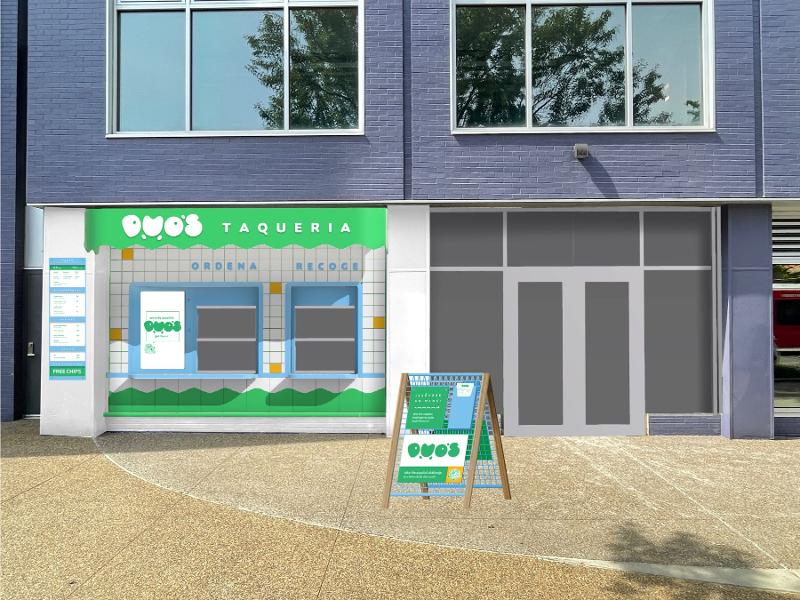 Diners can score discounts if they’re able to answer a question in Spanish while placing an order.

Duo’s Taqueria is slated to open next month in Pittsburgh, where the app is headquartered.

The takeout window establishment serves Mexico City-inspired street tacos, with a focus on fresh nixtamal tortillas made in-house, the company said in a statement. The menu will also include agua frescas, salsas and side dishes.

While ordering, guests will be asked if they’d like to “take the español challenge” to receive Duo’s Discount.

“The challenge is a single, speech-based question pulled from Duolingo’s expansive curriculum,” the company said in a statement. “Answer the question by simply speaking, and the built-in microphone will assess your response.”

The discount will frequently change, and might offer 10% or 20% off a meal, a free taco, free chips or other rewards, the company said.

No, the food will not be cooked by the app’s task-focused owl mascot, Duo.

The restaurant, a wholly owned subsidiary of Duolingo, will be run by Chef Marcella Ogrodnik, who returned to her hometown of Pittsburgh in 2019 after working at restaurants in New York, Spain and California.

Duolingo supplied the upfront capital and initial operating costs for Ogrodnik to run the restaurant.

Duolingo, which was founded in 2012, is a publicly traded company. It had 2.5 million paid subscribers at the end of last year, an increase of 56% over the previous year. More than 42 million people each month use the app, which offers courses in 19 different languages.

Duo’s Taqueria takeout window will operate for lunch and dinner Wednesdays through Sundays. The company said it had no plans to open any further restaurants beyond the single location.