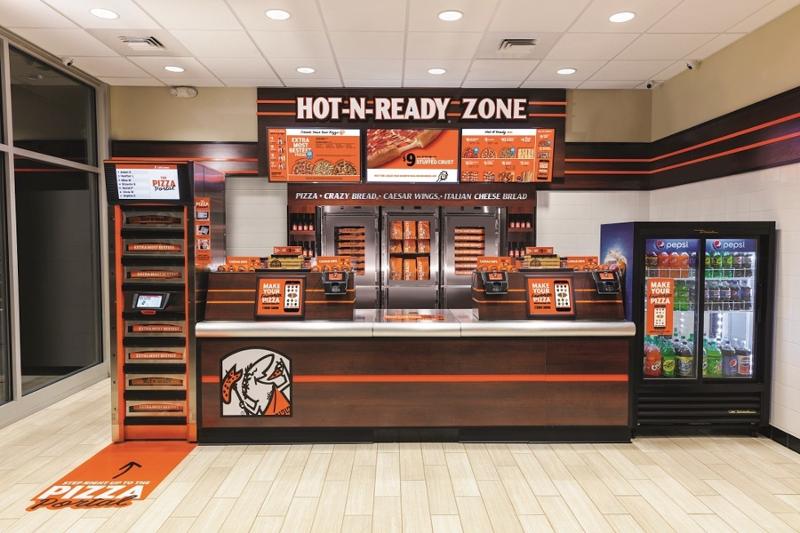 Little Caesars, which in recent years has staked a sizable claim to the low-priced carryout pizza business, is eyeing another market: delivery.

The Detroit-based chain Monday said that it has delivery available nationwide. Third-party service DoorDash is providing last-mile delivery for a service available only through the chain’s website and mobile app.

Delivery will be available even on single-pizza orders, the company said, and customers will be able to access its full menu at all operating hours.

Little Caesars sees significant potential for at-home delivery to increase its overall business and help it compete more directly with its larger competitors Domino’s and Pizza Hut, as well as the fourth-largest chain, Papa John’s.

The Detroit-based chain grew system sales 27% between 2013 and 2018, according to data from Restaurant Business sister company Technomic, though that growth slowed to 3.5% in 2018.

Domino’s, a traditional delivery player, grew 75% over that same period, in part by pushing deeper into Little Caesars’ in-store pickup territory. And the Ann Arbor, Mich.-based pizza giant is building new stores closer together, in part to increase that business further.

So Little Caesars might as well add delivery, and the company believes it has some key advantages—namely price.

The 4,300-unit chain says a delivery order from Little Caesars costs “at least $5 less” than the same order from its three rivals. “We’ve seen such expensive and complex pricings throughout the pizza industry, and we think it’s crazy,” CEO David Scrivano said in a statement.

The company also believes some of the technology it has added in recent years will also help with its delivery service.

Little Caesars has added heated self-service pickup stations called Pizza Portals inside its restaurants. Drivers use hot bags, and its point-of-sale system and app are integrated, which the company says should enable pizzas to be picked up within minutes.

The use of DoorDash as a last-mile service provider also gives customers the ability to track their order using GPS technology.

The addition of Little Caesars will likely add to the competitive pressure felt by Domino’s, which has seen its same-store sales slow in recent quarters in part because of the impact being felt by the growth of third-party services.

Those services have intensified competition for delivery, hurting the chain’s sales on that side of the business—though Domino’s has increased sales through carryout orders.

It will also make things tougher for both Pizza Hut and Papa John’s as they seek to regain business, given the sudden addition of a large, nationwide pizza delivery competitor—and one that promises low-priced pizzas.