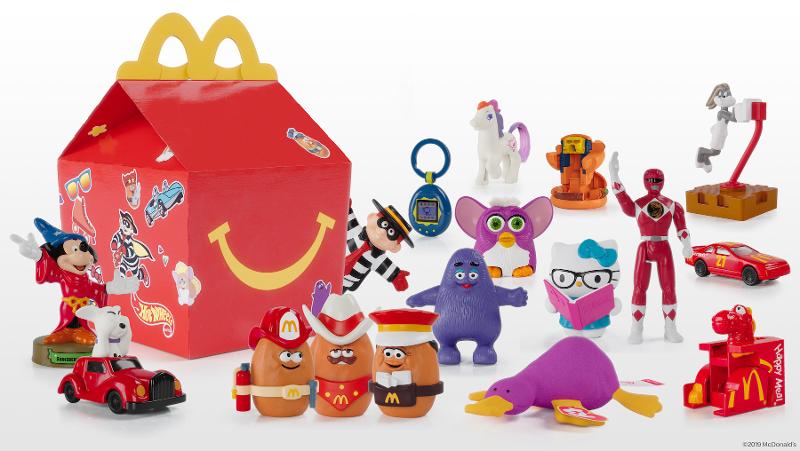 Remember getting a Patti the Platypus Beanie Baby from a McDonald’s Happy Meal in the late 1990s? Or maybe a transforming Hamburger in the late 1980s?

Customers will get a chance to relive those days later this month, when the Chicago-based burger giant resurrects 17 classic Happy Meal toys as part of the Surprise Happy Meal—which commemorates the 40th anniversary of the classic kids meal.

The limited-edition meal will only be available for a few days: Thursday, Nov. 7, through Monday, Nov. 11.

The lineup of toys will include:

“Since the Happy Meal was introduced on the menu, it quickly became synonymous with our brand,” CEO Steve Easterbrook said in a statement.

The Happy Meal was first introduced nationally in 1979 as the Chuck Wagon Happy Meal, and early toys featured a spinning top and McDonald’s character erasers. The meal is now a featured selection in the chain’s 38,000 restaurants.

The meal has become a major centerpiece of the chain’s family-centric focus, giving it a broader customer base than many of its primary rivals over the years.

While the company has come under some fire for using toys as a way to lure kids to eat junk food, it has also worked to improve the healthfulness of the menu selections included in the meal.

It reduced the size of the french fry box, for instance, and began offering items such as fresh fruit or yogurt, as well as water or milk rather than soft drinks. More than half of Happy Meals are now served with milk, water or juice, rather than soda, the company said. That’s up 15 percentage points in just five years.

Next year, the company said, it plans to introduce reduced sugar low-fat chocolate milk in the U.S., with 25% less sugar than the previous version. That would help fulfill a promise the company made last year when it said it would reformulate its chocolate milk to contain less sugar.