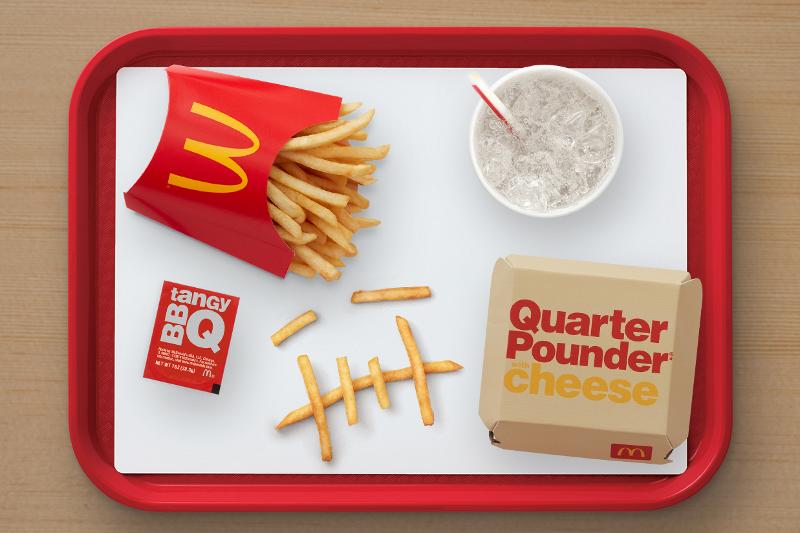 McDonald’s is getting back into the celebrity sponsorship game.

The Chicago-based burger giant on Thursday announced a multi-level sponsorship deal with 29-year-old rap artist Travis Scott. The deal, which has generated some pushback from the company’s franchisees, will involve menu items, fashion and support for charitable organizations.

The sponsorship will start next week with a Travis Scott meal, including a Quarter Pounder with Cheese topped with bacon and lettuce, medium fries with BBQ sauce and a sprite. The meal will be priced at $6 and is the first time since 1992 that the company featured a celebrity’s name on its menu—former NBA star Michael Jordan being the last. The meal will be available from Sept. 8 through Oct. 4.

Scott announced the partnership on his Twitter feed on Thursday.

“We are bringing together two iconic worlds,” Scott said in a statement. He also goes by the nickname “Cactus Jack,” and gave that name to his record label, Cactus Jack Records. “Including a charitable component was key for me, and I can’t wait for people to see what we have in store.”

The sponsorship deal did get some pushback from franchisees concerned about the lyrics of some of Scott’s music, particularly in light of the firing of former CEO Steve Easterbrook over revelations that he had relationships with employees. Some two-thirds of operators in one survey said they opposed the collaboration, according to a summary seen by Restaurant Business.

Still, the deal is clearly aimed at younger consumers, a group McDonald’s is eager to reach. And Scott is among the biggest music artists at the moment, having sold more than 45 million albums in the U.S. (The author of this story asked his resident 16-year-old, who called Scott “a big Gen-Z influencer.”)

McDonald’s itself has taken on a bolder marketing vision of late and is investing $100 million on U.S. marketing this year in a bid to ramp up its competitiveness as quick-service sales improve. The deal with Scott is part of that investment.

“Travis is a true McDonald’s fan having grown up visiting our restaurants in Houston, not to mention one of the biggest musical acts and cultural icons in the world,” Morgan Flatley, chief marketing officer for McDonald’s U.S., said in a statement.