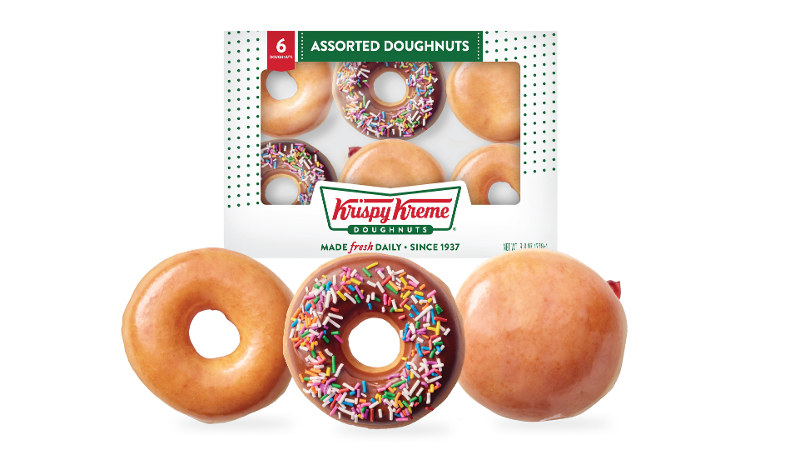 The burger giant on Tuesday said that it will start selling three varieties of Krispy Kreme doughnuts at nine locations in the market in what is described as a limited-time operations test of the concept.

McDonald’s will not be making the doughnuts. Rather, Krispy Kreme will make the doughnuts at one of its large doughnut-making shops and will deliver them daily to those locations.

McDonald’s will sell Krispy Kreme’s Original Glazed, a Chocolate Iced with Sprinkles and a Raspberry Filled Doughnut. The doughnuts will be available all day starting Oct. 26.

The small-scale test will help McDonald’s understand how offering bakery items from a company like Krispy Kreme would impact operations. The nine locations are all company-operated units.

The focus of the test will be on the operating impact of the sale. So, it’s uncertain how revenues would be split between McDonald’s and Krispy Kreme. It’s also not certain how this would impact franchise restaurants.

It’s also a rare move. McDonald’s generally does not sell other brands’ items inside its restaurants outside of beverages. For instance, its McPlant burger does not feature the name of Beyond Meat, even as its competitors have branded their plant-based burgers with one of the fake meat making companies’ names.

But it would potentially help to bolster the company’s bakery offerings. McDonald’s has been pushing more into sweet treats that make natural companions to its coffee beverages. For instance, it added an apple fritter, blueberry muffin and cinnamon roll to its menu in 2020.

The move is potentially much bigger for Krispy Kreme, which is eager to expand the availability of its doughnuts in the U.S.

The company operates a hub-and-spoke model where it makes doughnuts at 245 large retail shops in the U.S. and Canada. It uses those shops to supply more than 5,500 kiosks inside grocers and other retailers, which it calls “DFD Doors,” or delivered fresh daily doors.

McDonald’s, with more than 13,000 U.S. locations and 40,000 global restaurants, could certainly help them get there.

There are some limitations, however, that might slow a full-scale sale of doughnuts at McDonald’s—specifically Krispy Kreme’s location count.

Krispy Kreme would need to build more of its doughnut-making shops to be able to supply a brand as expansive as McDonald’s. Krispy Kreme operates 245 of its big doughnut shops in the U.S. and Canada. It does not have shops in some 14 states, according to data from Restaurant Business sister company Technomic. That might make it difficult to deliver those doughnuts to many McDonald's U.S. locations.