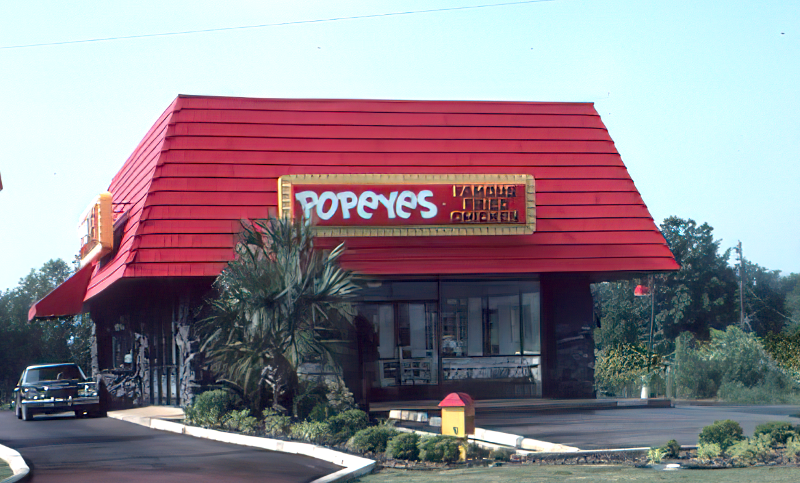 Popeyes wants to give customers cheap chicken for its birthday.

The Miami-based chicken chain will sell two pieces of the chain’s bone-in chicken for 59 cents next week starting Sunday. The catch: Customers have to first buy $5 worth of food on the chain’s digital channels.

The price is the same one the company offered in 1972, when Al Copeland first opened a restaurant called “Chicken on the Run” in a New Orleans suburb.

In addition to the low-priced chicken, Popeyes created a new “anthem” video to mark its 50th birthday.

Popeyes has had something of an interesting history. Copeland initially sold Southern-fried chicken out of his first restaurant. But it struggled. Copeland changed the recipe to a spicier version and renamed the restaurant “Popeyes” after Popeye Doyle, the fictional character from "The French Connection."

It worked. By 1985, the brand had 500 locations and was the country’s third-largest chicken chain. In 1992, America’s Favorite Chicken Company, or AFC Enterprises, acquired both Popeyes and the chicken chain Church’s. Twelve years later, however, AFC sold the struggling Church’s to focus on Popeyes. But Popeyes itself was struggling by 2007, when the company tapped former KFC President Cheryl Bachelder to be its CEO.

Popeyes largely thrived under Bachelder, earning the company a record valuation by 2017, when it was sold to Burger King owner Restaurant Brands International. Two years later, Popeyes recorded the strongest quarterly same-store sales result in industry history with the introduction of its chicken sandwich.

System sales have increased by 68% over the past five years, while unit count has increased by more than a third to 3,700 global locations, including about 2,700 in the U.S., according to Restaurant Business sister company Technomic.