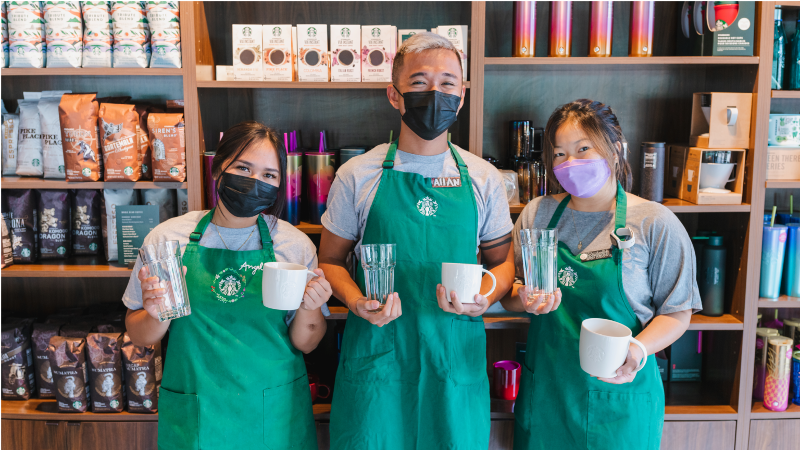 Starbucks’ iconic paper cup could soon be a thing of the past.

The Seattle-based coffee giant is taking steps toward broad-based use of reusable cups in its restaurants. The company said Tuesday that it would let customers use their own cups by the end of next year and would provide them with reusable cup options in its stores by 2025.

The company is already piloting reusable cup programs in six markets around the world as it shifts away from single-use plastics. Starbucks’ goal is to reduce waste by 50% by 2030.

The goal, Starbucks said, “is to create a cultural movement towards reusables by giving customers easy access to a personal or Starbucks provided reusable to-go cup for every visit.”

“Customers were just so excited to try something new and my partners had a lot of pride in testing it and giving that feedback to make the program even better,” Kim Davis, a manager for a store that tested a reusable cup program, said in a statement.

Starbucks also said it was debuting a Starbucks Partner Waste and Recycling App as part of a sustainability initiative it announced in 2019. The app will help employees navigate the company’s complex recycling guidelines.

Starbucks announced the app and the reusable cup commitment on the eve of its annual shareholder meeting, set for Wednesday.

The company also announced a partnership with the carmaker Volvo to “electrify” a 1,350-mile route between the chain’s Seattle headquarters and Major League Baseball’s Colorado Rockies’ home stadium in Denver.

Starbucks will make available Volvo’s ChargePoint fast vehicle chargers at 15 locations along the route. They will be placed at about every 100 miles, “adding much needed peace of mind for EV drivers, who we know see today’s limited charging infrastructure as a major barrier to purchase.”

For Starbucks, of course, the chargers can mean customers. “Drivers can relax comfortably inside with their favorite Starbucks beverage” while their cars charge.

The program with Volvo comes as Starbucks works on decarbonization initiatives in its stores, including onsite solar availability. The company plans to expand its solar pilot project to 55 new locations this year.