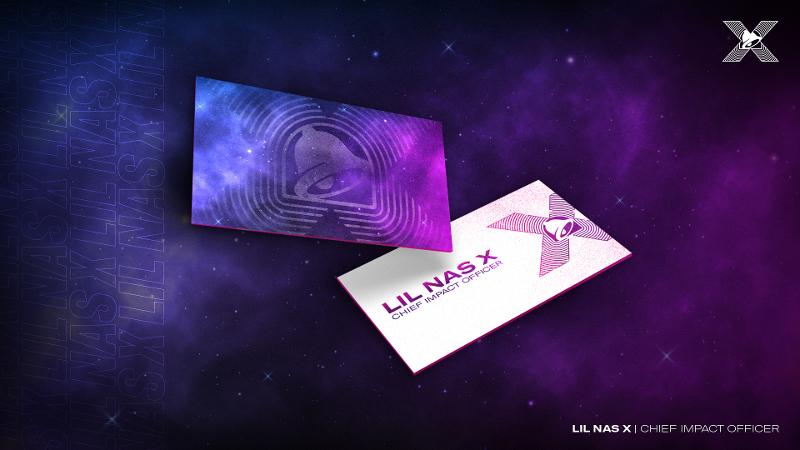 Taco Bell is brining breakfast back to most of its restaurants and has enlisted the innovative rapper Lil Nas X to help get it off the ground again.

Lil Nas, who worked at Taco Bell as a teen, has been appointed “chief impact officer,” an honorary role that “will allow him to collaborate on the brand experience from the inside out.”

He will also make a cameo appearance in Taco Bell’s breakfast campaign, which kicked off on Monday, called “Talk Show Dreams.” The chain said 90% of its U.S. restaurants should have the daypart again by mid-September.

“Lil Nas X is one of the most important voices of his generation,” Jennifer Frommer, SVP of brand partnerships and commercial sync at Columbia Records, said in a statement. “His expertise in understanding social media and youth culture alongside his skills in creating great music makes this partnership with Taco Bell exciting, brave and one of the most innovative campaigns I’ve had the pleasure of creating.”

Taco Bell gave operators the option of pulling breakfast as a daypart last year, when the pandemic led people to stop commuting and companies were looking to cut costs.

The chain has been fine in the quarters since then—same-store sales rose 11% on a two-year basis last quarter—but that decision helped provide an opening for Wendy’s, which introduced breakfast just before the pandemic and generated good sales in the morning since.

Taco Bell has a store locator to help customers find out which Taco Bell location has the daypart.

The Lil Nas partnership goes well beyond breakfast, however. The rapper’s video over the summer, “Sun Goes Down,” reflects on his youth, when he worked at a Taco Bell.

Lil Nas and Taco Bell will work on experiences connected with the upcoming release of his new album “Montero,” the launch of new Taco Bell menu items and tapping into his own experience as an employee to help make the experience “even more impactful.”

That element comes as Taco Bell, like many other chains, is working through a difficult period sourcing labor. “Lil Nas X knows the job, the experience and the culture Taco Bell creates for its fans, including its people,” Mark King, CEO of Taco Bell, said in a statement. “This unique partnership will deliver on more than just marketing, allowing us to tap into the genius of Lil Nas X to inspire our team members and align with our commitment to unlocking opportunities for young people.”

It’s also the latest evidence that companies are taking their celebrity endorsement deals further than before, with merchandise drops as well as philanthropic causes—McDonald’s recent deals with Travis Scott, J Balvin and BTS featured elements beyond simple television ads, for instance.