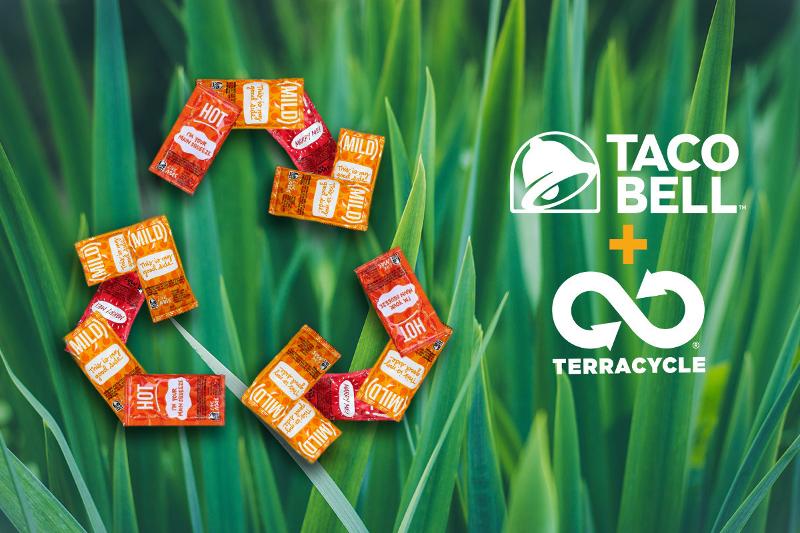 How? That remains to be seen. But the Mexican fast-food chain on Monday said it is working with TerraCycle on a potential strategy for recycling those hot sauce packets that either end up in the trash or in a drawer in the kitchen.

“In the food industry today, there is no widely available solution for recycling flexible film packets that are so commonly used for condiments,” Liz Matthews, Taco Bell’s global chief food innovation officer, said in a statement.

As takeout has grown, concern over the reusability of such packaging has grown, too—though many of the efforts now are focused on traditional items like straws, coffee cups and salad containers. TerraCycle already works with a number of big brands on reusable packaging, including McDonald’s and Burger King.

Taco Bell wants to make all its packaging recycling, compostable or reusable by 2025. That makes the hot sauce packet recycling program important.

It could also develop a solution that is workable well beyond Taco Bell. Anybody from independent Chinese takeout locations to giant McDonald’s gives out packets of sauce in some form.

“Taco Bell and TerraCycle will push the quick-service industry by finally finding a way to recycle this type of product,” Tom Szaky, CEO of TerraCycle, said in a statement. “This effort takes us one step closer to keeping packets out of landfills.”