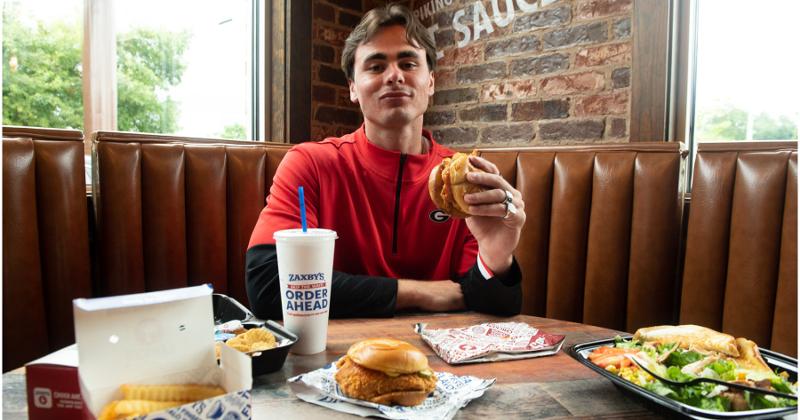 Zaxby's is turning to the college gridiron for its new brand ambassador.

The Athens, Ga.-based fried chicken chain has signed a deal with University of Georgia quarterback J.T. Daniels that will make him part of the chain's marketing efforts during the upcoming football season. The Heisman candidate will appear on behalf of Zaxby's at events and in advertisements.

The deal was made possible by the NCAA's new Name, Image and Likeness (NIL) rule that allows college athletes to profit off of their personas.

For Zaxby's and others, the agreements mark an opportunity to expand their reach in the college sports audience.

Daniels, a junior from Irvine, Calif., said Zaxby's is his favorite food.

"Zaxby's has been my choice of food since coming down here to Georgia. I mean, there really is no comparison. I get asked all the time what my favorite food is. It is Zaxby's. Hands down," he said in a statement.