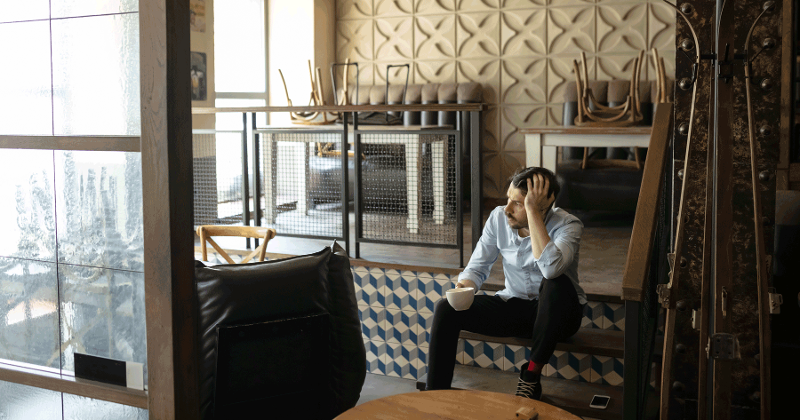 As a third wave of COVID-19 brings more uncertainty to the restaurant industry, other developments are providing answers to questions that may have been on the minds of inquisitive operators. Here’s a rundown for those who were too preoccupied with making payroll this past week to notice

Does President Trump have a recovery plan in mind for restaurants?
Yes, and he surprisingly aired it during an appearance last week on the podcast of Jon Taffer, the bar expert and restaurateur who hosts the popular reality show “Bar Rescue.” Despite his lengthy list of accomplishments and accolades, Taffer is generally not known as an investigative reporter. Still, he drew out Trump’s intention to reinstate the deductibility of business meals supplied by restaurants, a cause the commander in chief has mentioned from time to time. This go-round, as with past mentions, Trump voiced his conviction that the industry was significantly wounded by a reduction and then a full elimination of the deduction over the last 25 or so years. That view is not universally held by the industry’s Washington watchdogs; few still mention it their reviews of the industry’s key political concerns.

Trump also pledged to push through a renewal of the Paycheck Protection Program, the federal relief effort that was a lifeline for many restaurants and other small businesses during the first and second waves of coronavirus infections. He assured Taffer that his next package would be bigger than anything House Speaker Nancy Pelosi has dared to propose.

Does Congress have a plan for restaurants?
Yes, and it’s apparently to let tens of thousands of establishments die. The representatives of the people decided to recess last week despite warnings from virtually every industry representative that the nation would lose as much as 85% of its second-largest employer if direct aid wasn’t provided immediately.  The lawmakers were apparently bipartisan in their conviction that it was more important to head back to their constituents for some last-minute campaigning before Tuesday’s election.

Lobbyists, usually an admirably diplomatic group, couldn’t hide their ire. “Today, the future for restaurants across the country is a lot more uncertain because Congress has walked away without passing the relief needed to survive the winter,” Sean Kennedy, EVP of public affairs for the National Restaurant Association, said in a statement issued the day lawmakers started heading home. “Between now and when Congress returns to Washington after the election, restaurants will close, putting people out of work, damaging local economies, and discouraging the spirit of entrepreneurship that drives the industry. Virtually every kind of restaurant is suffering."

How are lawyers faring during the crisis? Will they be okay?
Their families might appreciate the question, but you needn’t worry. If they have anything to do with restaurant bankruptcies, they probably could float their own big-ticket relief package.  This month brought requests for court protection from at least seven operations, including Rubio’s Coastal Grill, Ruby Tuesday, Chuck E. Cheese’s, Country Cookin and Studio Movie Grill. Even chains with a firm financial footing saw franchisees ask for relief from vendors, including operators from Applebee’s, Golden Corral, Pizza Hut and Wendy’s.

Hey, it’s only natural to worry about counselors sobbing in their suits. But we think they’ll be just fine.

Was Halloween particularly spooky for restaurants this year?
Sure, some operators had decided to forgo the usual parties and promotional activities this year. But some out-did themselves in their ingenuity at finding ways to  observe the occasion and  turn it into a business aid.

Burger King deserves special mention. The industry’s perpetual gadfly put together a list this year of the restaurants that were closed by its burger competitors. Customers were dared to drive to the closest darkened spot and savor the eeriness. BK said it would use a geolocation feature of its app to reward the lion-hearted with a free Whopper.

The chain took an even creepier approach in Denmark and Sweden. According to news reports coming out of those nations, BK customers were dared to enter a unit’s bathroom, face the mirror, and chant “cancelled clown” three times. Through some technological breakthrough that wasn’t explained, the repeated verbal cue prompts the lights to dim and a ghostly image of Ronald McDonald’s to appear in the mirror.

Unfortunately, our accounting department nixed the idea of us heading over there to check it out in person.

Are drive-thrus evolving along with the rest of an industry forever changed by the pandemic?
BK took a break from needling its main competitor last week to unveil a new drive-thru function that might be even scarier to some than a clown materializing in a bathroom mirror. Parent company Restaurant Brands International says it’s installing 40,000 screens in the lanes of its burger brand and sister operation Popeyes Louisiana Kitchen that will recognize the customer and present personalized sales suggestions, a function of artificial intelligence. The new system also allows customers to order and pay remotely so they’re just picking up their order.