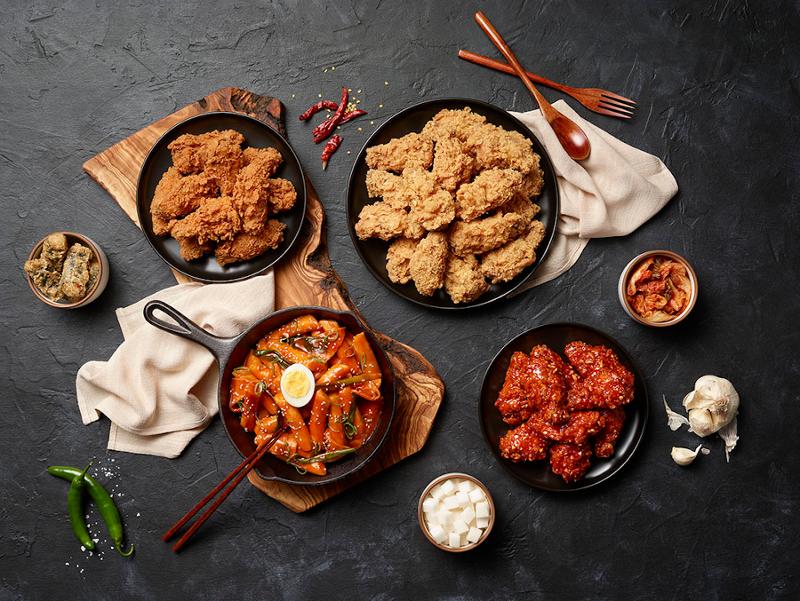 The mostly franchised Bb.q Chicken hopes to reach 250 U.S. units by the end of next year. /Photos and rendering courtesy of Bb.q Chicken.

The South Korea-born fried chicken chain Bb.q Chicken plans to test a new labor-efficient format that allows guests to order at a kiosk or online and pick up their food from a locker—with little to no human contact.

Dubbed the Bb.q Smart Kitchen, or BSK, the new format will be tested later this year in Englewood, N.J. If successful, it could be added to the multiple formats for franchising. 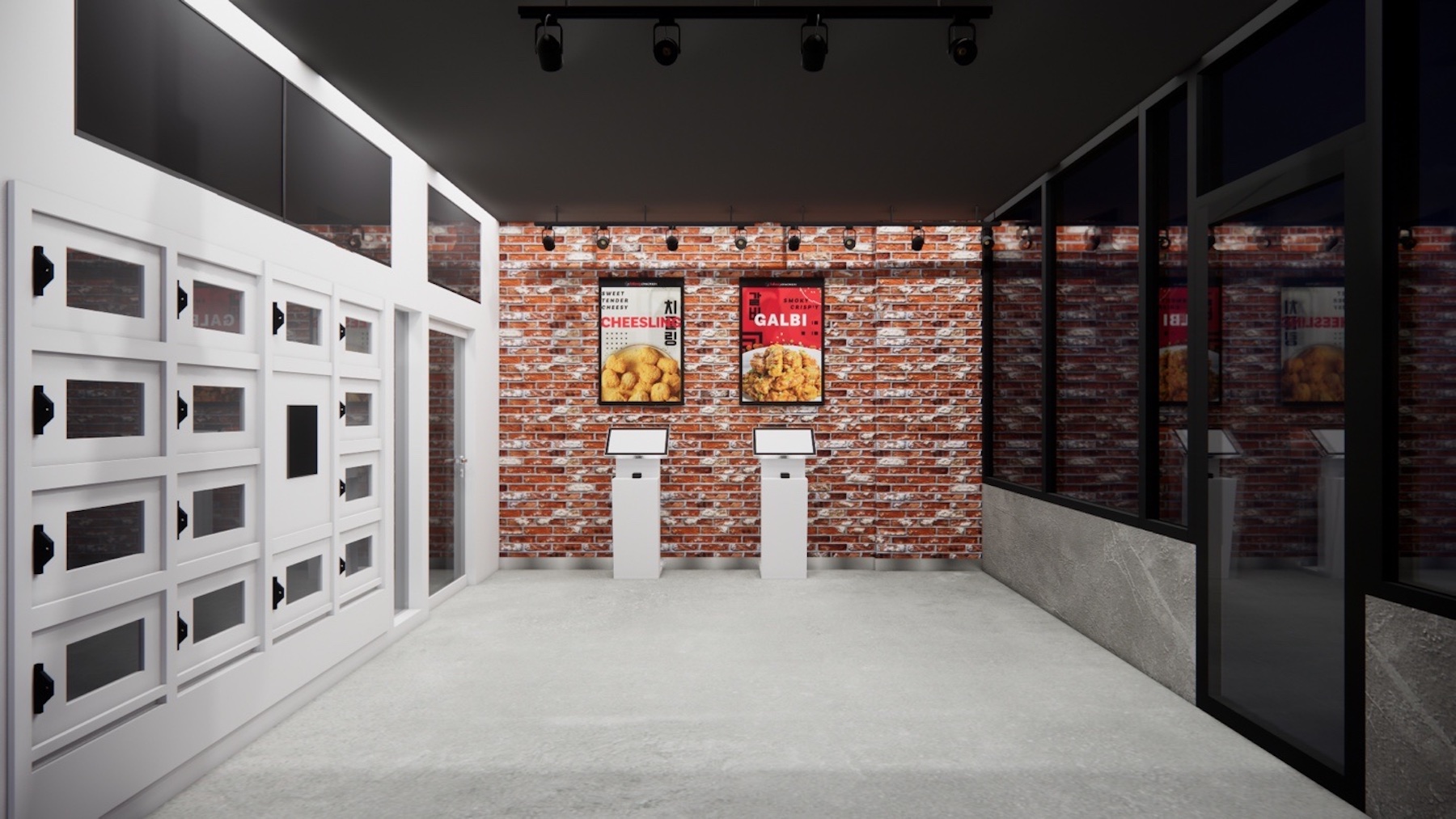 A rendering of the new Bb.q Chicken Smart Kitchen format.

Bb.q Chicken is not a barbecue chain. “Bb.q” stands for “best of the best quality.”

It’s a Korean-style fried chicken concept that first launched in Seoul in 1995 and has grown to about 3,500 units in 57 countries, including about 115 in the U.S. Parent company Genesis BBQ is pushing to reach 10,000 stores worldwide by 2027.

It's known for crispy fried chicken tossed in a variety of sauces. On the side are authentic Korean dishes, like ddeok-bokki, a sort of spicy stew with fish or rice cakes, and kimchi fried rice.

Joseph Kim, CEO of Bb.q USA Inc., the U.S. arm, said the chain plans to have 250 units open across the U.S. by the end of next year. Two U.S. locations currently are company owned and the rest are franchised.

Kim, with help from an interpreter, said Bb.q Chicken brings an authentic taste of Korean fried chicken to the U.S.

“Our chicken tastes exactly like it does in Seoul,” he said. “They don’t change the recipe. A lot of brands try to change the product. We try to keep the authenticity alive.”

The new BSK format is designed to offer “ease of service,” said Kim. “That seems to be the trend with restaurants nationwide: as little interaction as possible is the goal and making it convenient.”

But Kim noted that it has been difficult to find workers, and the new format could be operated with a small staff. In Korea, the chain is also testing use of robot servers in full-service locations, as well as an automated robot arm for frying, he said.

Bb.q Chicken is one of two large Korean chicken chains expanding nationally, riding a wave of interest in Korean culture and flavors, from BTS and the streaming show “Squid Game” to gochujang.

A rival to Bb.q Chicken is the Korean fried chicken chain Bonchon, which also started in South Korea but largely was franchised as a full-service concept until 2021, when it began opening a fast-casual variation. Bonchon also boasts 115 U.S. locations.

Kim said Bb.q Chicken differentiates itself with the variety of sauces on the menu, and the authenticity of flavors, from the signature Original Golden to honey garlic.

A recent limited-time offer has been Maple Crunch, a sweet and garlic-rich sauce that Kim said has been a hit.

“We were surprised,” he said. “We didn’t realize how popular it would be. But it’s an LTO, so it won’t be here forever.”