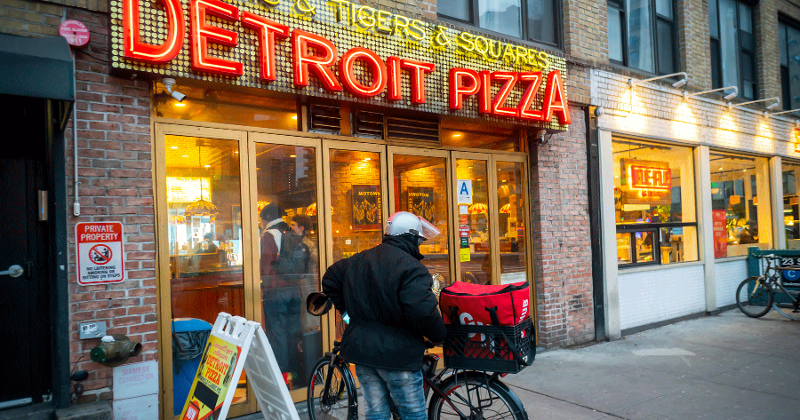 Officials in two of the country’s largest restaurant markets this week voted to extend caps on the fees that third-party delivery providers charge to restaurants.

On Wednesday, the Los Angeles City Council voted unanimously to extend LA’s 15% cap that was scheduled to end Aug. 31. And on Thursday, the New York City Council called for the extension of New York’s 20% cap. LA’s ordinance also includes a 5% cap on non-delivery fees.

Both extensions will last until 90 days after restaurants are allowed to resume dine-in at full capacity. Indoor dining is currently off-limits in both cities.

“Today, the New York City Council took significant action to stand by and protect local restaurants struggling to survive during an unprecedented global health crisis,” NYC Councilman Mark Gjonaj said in a statement after the 44-3 vote.

The caps are intended to help struggling restaurants that have come to increasingly depend upon third-party delivery services during the pandemic. Even before COVID-19 hit, restaurants had railed against the commissions, which cover things like advertising and driver pay and can be as high as 30% per order.

The ordinances have seen widespread support from restaurants. In Los Angeles, 73% of restaurants said the cap has been beneficial during the pandemic, according to a study by Chief Legislative Analyst Sharon Tso. Nearly 95% supported extending the cap.

For New York restaurants, the caps have been “incredibly helpful,” said Andrew Rigie, executive director of the NYC Hospitality Alliance, a group representing restaurants and bars.

“You had restaurants that were paying up to 30% who are now capped at 5%, and no more than 15% if also doing physical delivery,” he said. “Particularly for those restaurants who were just having the third party transmit the order, it’s been incredibly helpful.”

Delivery companies say those fees are necessary to operate in the “three-sided marketplace” of delivery, and argue that capping them will ultimately hurt restaurants.

“We need to serve restaurants, consumers and [drivers]. When you put an artificial constraint on one side of our platform, that’s going to have knock-on effects on others,” said Max Rettig, senior counsel and head of policy for DoorDash.

That could include higher delivery fees for consumers, which would lead to fewer orders and fewer opportunities for drivers, he said.

“I think it’s inevitable that that is what’s going to happen when the impacts of these caps are really felt,” Rettig said.

Among the big third-party delivery companies, Grubhub, the top delivery provider in New York, has shown the strongest resistance to the caps. In the days leading up to the NYC Council vote, it launched an aggressive campaign to block the extension, running digital ads in councilmembers’ districts and circulating an online petition opposing the “food delivery tax.”

Rigie said he had not heard of any negative side effects on New York restaurants as a result of the caps. “Some places may pass on the fee to the diner; that’s nothing necessarily new,” he said.

Michelle Kang, proprietor of Bulgogi Hut, a Korean barbecue restaurant in LA, said the cap, which went into effect in June, has not hurt her business. In fact, orders and sales have gradually increased since the pandemic began, rising from “a couple hundred” dollars a day in March to more than $1,000 daily now.

She said it’s hard to tell whether Bulgogi Hut is making more money per delivery order as a result of the cap, but “I’m sure it’s helpful we went from a 30% rate to 20%.”

“I just think the longer you’re on the apps and build your reviews, kind of like building SEO, will increase your orders and customer base,” she said. Bulgogi Hut is listed on Grubhub, Uber Eats and Postmates.

Similar caps are in place in about a dozen municipalities, including Las Vegas, Philadelphia, Seattle, Oakland, San Francisco, Portland, Ore., and Washington, D.C.

The Hospitality Alliance is pushing to make the New York cap permanent, Rigie said. And he encouraged restaurants to take ownership of their delivery business.

“As far as the future goes, I think it is in the best interest of restaurants to try and control their delivery as much as possible,” he said. “But if they want to continue to use some of this third party, there’s nothing wrong with that.”