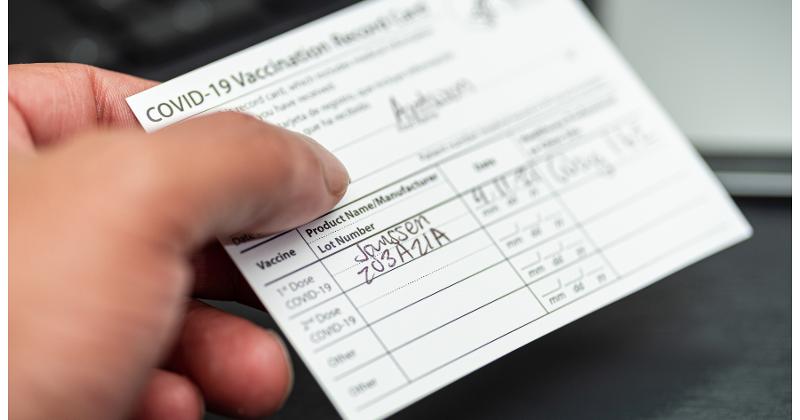 Evidence is mounting that California will require COVID-19 vaccines for all dine-in restaurant guests and employees, though no consensus is emerging on when.

A proposal to mandate the inoculations has already been drafted but not yet introduced in the state legislature. The requirement would also extend to bars, hotels and other hospitality businesses open to the public, according to the Sacramento Bee, which said it had obtained a draft of the measure.  The existence of the plan was first brought to light by Politico.

State lawmakers quickly confirmed the existence of the proposal to other media, but did not air any of the particulars. However, they noted that considerable speculation is swirling around when an actual bill might be introduced.

One camp speculated that the measure would be introduced in the legislature within the next two weeks, or before the current legislative session ends. Advocates of that early submission say the state needs to move quickly to curb a sharp upswing in COVID-19 infections, the result of the delta variant of coronavirus proving difficult to contain.

Others say the introduction of a bill will likely be delayed until the January start of the next legislative session. They point out that the matter is divisive, and Democrat lawmakers will be loath to ignite a controversy that could work against Gov. Gavin Newsom, the state-level leader of their party, in the recall election slated for Sept. 14.

California already has a vaccine mandate for attendees of public events that draw at least 1,000 people.

San Francisco has already imposed a vaccination mandate on restaurant guests and employees, and Los Angeles officials have drafted a bill at the behest of the City Council, which voted unanimously on Aug. 11 to pursue a requirement. The legislative proposal has yet to be put to a vote.

Mandates are also in effect in New Orleans and Philadelphia. But no state has imposed a universal requirement.

Speculation abounds that New York is also considering a mandate. On his last day in office, outgoing governor Andrew Cuomo called on the state to impose one, saying that private businesses could not be expected to screen customers without the backing of the government.

His successor and former subordinate, Kathy Hochul, mentioned the possibility during her first day in office.

“With the FDA’s full approval of the Pfizer vaccine, New Yorkers can expect more vaccine requirements,” Hochul said. “More on that soon.”