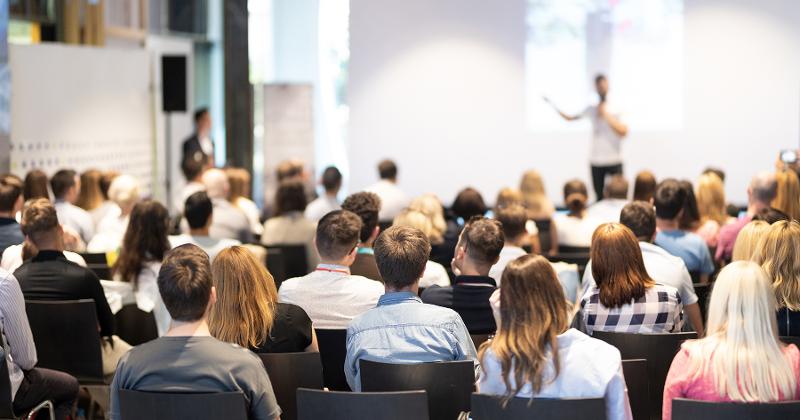 Caterers and restaurants that benefit from expense-account dollars are taking a major hit as coronavirus fears force the cancellation of massive public events around the country.

On Monday, the American College of Cardiology called off its annual conference, which would have brought 18,000 people to Chicago at the end of the month. Last week, Chicago saw several other major event cancellations, including the International Housewares Association show. Elsewhere, McDonald’s Corp. canceled its worldwide convention in Orlando, Fla., in favor of a digital meeting, and South by Southwest, which typically draws more than 150,000 people to Austin, Texas, for the annual music and technology conference, was called off.

“It’s tough,” said Angela Dunleavy-Stowell, CEO of Seattle-based FareStart, a nonprofit organization that relies on its catering and other foodservice businesses to fund job-training programs for people living in poverty or experiencing homelessness. “We have certainly seen a drop in our catering business. Much of the catering we do is corporate catering.”

This week, for example, FareStart would typically fulfill catering orders for two groups of 75-100 people each day, Dunleavy-Stowell said.

Washington, where FareStart is located, has more reported cases of COVID-19 than any other state, with a total of 136 confirmed infections as of Monday, according to the Centers for Disease Control and Prevention. Nationwide, there have been 423 reported cases of coronavirus and 19 deaths.

Chicago-based Brix Catering has reported “multiple” cancellations due to coronavirus, including a corporate client that no longer needs daily lunch service because the entire office is working from home.

“I asked what the plan was after next week, and they don’t seem to have one,” Brix Catering founder Zachary Greatting said. “Almost every client we work with has asked us for a written document on what extra measures we are taking to combat the coronavirus, and it is a frustrating question to answer. As a foodservice business, we have to follow strict health department policies every day, so nothing has changed as far as what we are doing.”

Nationwide catering delivery platform ezCater said it had seen “no meaningful decline” in orders in the wake of the coronavirus. But it did report an uptick in catering customers requesting individually packaged menu items, with some companies requiring them.

To that end, ezCater has added a feature on its website to highlight individually packaged menu items, Mike O’Hanlon, the company’s head of catering partner business, said.

Restaurant chains saw their stock prices plummet amid coronavirus fears Monday. And independent operators are feeling the impact as the virus spreads.

Bookings at Chicago’s high-end Alinea, Next and The Aviary are down about 12% year over year, and even compared to a few weeks ago, said Nick Kokonas, the restaurant group’s co-founder and co-owner.

“That said, we are seeing lots of cancellations for three to five weeks out for people who are opting not to travel,” Kokonas said in an email to Restaurant Business. “Tough to tell at this point how bad it will get, of course, because no one knows the outcome of the virus itself.”