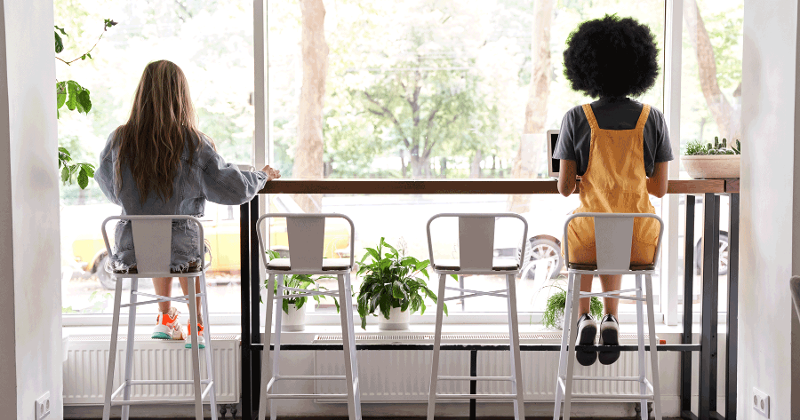 The Centers for Disease Control and Prevention (CDC) has added aerosol transmission to its explanation of the ways the public can contract COVID-19, a revision with implications for the restaurant industry because it raises another potential risk to indoor activities such as dining out.

The coronavirus was known from the start of the pandemic to spread from person to person through the inhalation of airborne droplets exhaled by someone already infected with the pathogen.  In a revision posted Monday on the CDC’s website, the agency reported that the virus “can sometimes be spread” through an undetectable mist of small droplets and particles that can float in the air for hours, instead of being pulled nearly immediately to the ground by gravity.

Because of that lingering risk, the standard safety protocol of keeping people six feet apart may not always be effective in blocking transmission. An unsuspecting person could walk through an undetectable mist of particles that someone at least six feet away had exhaled hours earlier.

“These transmissions occurred within enclosed spaces that had inadequate ventilation,” the CDC said in the updated posting. “Sometimes the infected person was breathing heavily, for example while singing or exercising.”

It stressed that close contact with someone already infected with coronavirus was a much more common way of transmission.  It also noted that the risk of airborne transmission can be lessened by ensuring that the air within an enclosed space is circulated.

The CDC had held off from including aerosol transmission in its list of potential contaminations, despite pressure from other scientific bodies such as the World Health Organization to acknowledge the danger. The agency had added the potential cause a few weeks ago, but quickly pulled it off the CDC website after the suggestion drew attention and stirred controversy. Officials said that first acknowledgment had been posted in error.

Monday’s posting was the first official acknowledgment of the risk by the federal government.

Even without CDC guidance, several cities, counties and states have already included ventilation and air circulation enhancements among the measures restaurants had to adapt as a condition of reopening their dining rooms.  Restaurants in New York City, for instance, were required by their host state to have their HVAC systems tested and certified by licensed professionals.

San Francisco health authorities have advised restaurants resuming dine-in service to run their air conditioners even while the establishments are closed, or at least an hour before opening and two hours after closing if 24/7 operation is unfeasible. Miami-Dade County, the Florida jurisdiction that includes Miami, required restaurants to keep their doors and windows open and their air conditioners running non-stop.

The National Restaurant Association has been revising its reopening guidelines in part to address ventilation. “We think there is some transmission that’s coming from aerosol, but no one can say definitively,” Larry Lynch, the association’s SVP of certification and operations told RB after the CDC’s first posting about airborne transmission.  With the guidance from the CDC, the association update could be imminent.

“The National Restaurant Association continues to work with the CDC to ensure that restaurants across the country have the latest scientific findings available to them,” Lynch said in a statement issued Tuesday to RB.  “This update from the CDC reinforces the importance of the best practices laid out in our reopening guidelines that emphasize, among other actions, face coverings and social distancing. We know that when abiding by the rules – wearing masks when not eating or drinking, keeping social distances, and staying home when sick – the risk at restaurants remains low for diners and employees.”