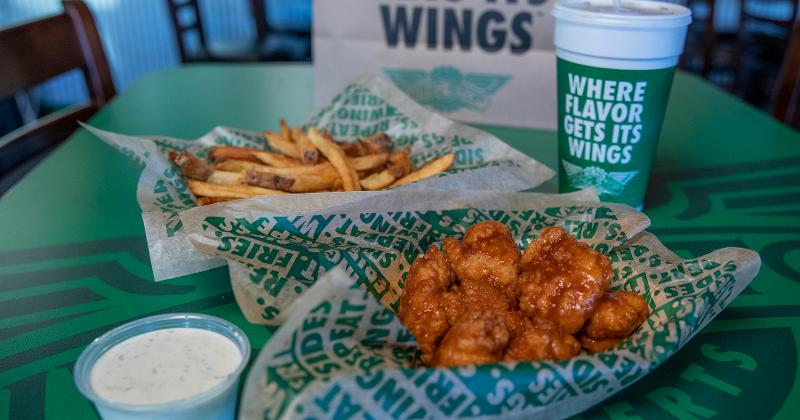 The industry news is pretty bleak. Almost weekly, more independent restaurants permanently close their doors. And established chains, including California Pizza Kitchen and CEC Entertainment, have recently declared bankruptcy, with several others on the brink.

Yet despite the economic and health crisis that is gripping the country and the industry, some operators see opportunities for growth and development.

“When the pandemic hit, I could either sit back and lean into it or lean away and generate franchise leads,” says Gregg Koffler, VP of franchise sales and development for Paris Baguette. The 85-unit bakery-cafe concept has a strong grab-and-go business—a plus during the pandemic.

In April, Koffler launched an initiative through LinkedIn to drum up franchise interest, responding to stories posted on the networking site.

“People lost jobs and there was a fear of not getting them back,” he says. “My message was geared toward the opportunity in front of us now … offering potential entrepreneurs the chance to have a stronger hold on their destiny. [Franchisees] need to have an entrepreneurial spirt but they can’t be risk-adverse.”

He also saw opportunity in real estate, especially in areas hardest hit by the coronavirus, such as Los Angeles, New York City and Florida. With a number of retail locations closing and not reopening, landlords were eager to get deals done, often offering reduced rents and other incentives, says Koffler. 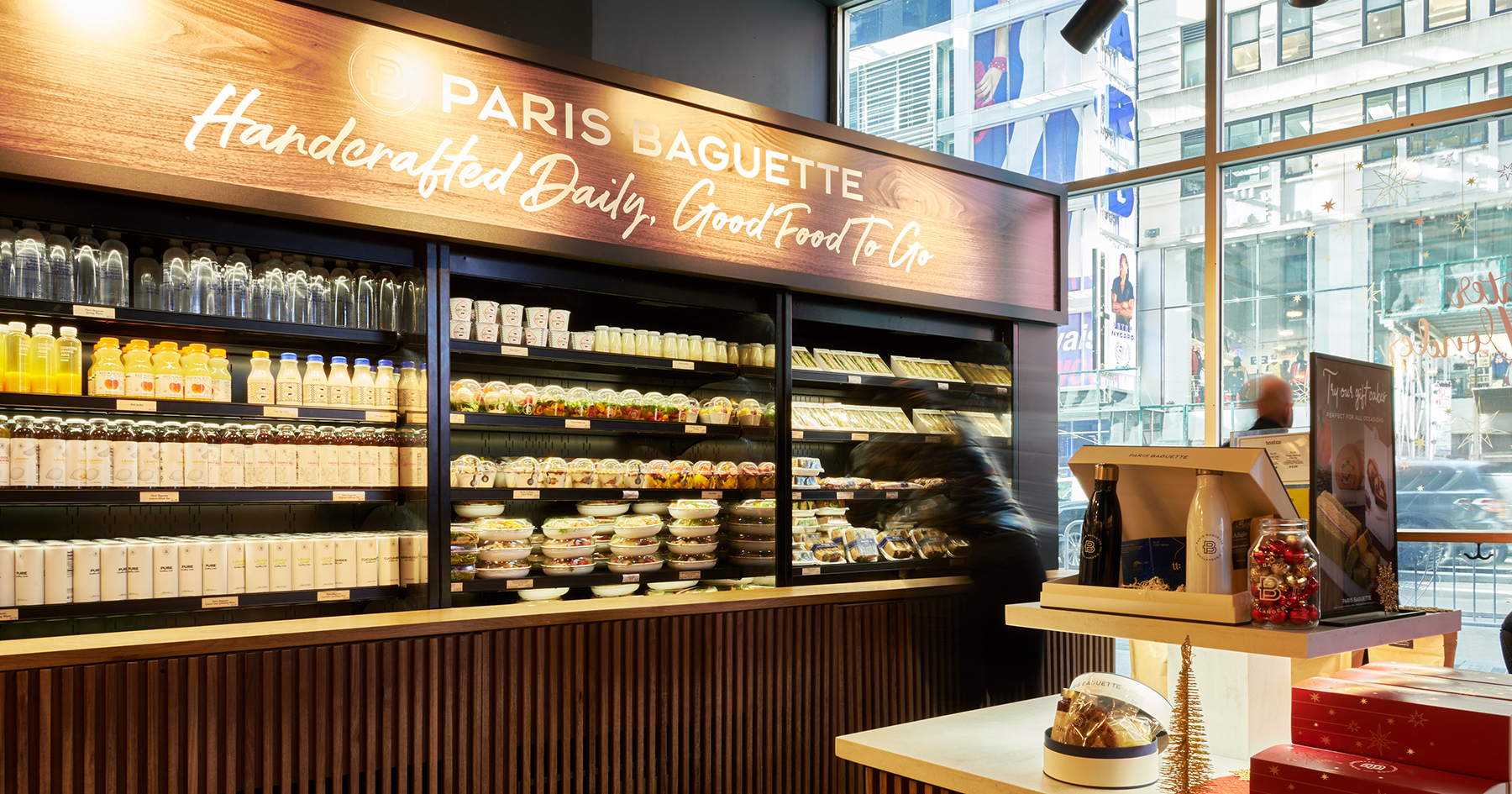 Paris Baguette had several franchise agreements in the pipeline since last year. Locations finally began opening this spring when restrictions started to ease. Recently, two stores opened in Portland, Ore. and “a loyal fan” signed a couple of deals for units in Austin Texas. The goal is to sign multi-unit franchisees, expanding from the brand from to 100 locations by the end of the year, says Koffler. Currently, about 50% of the stores are corporate-owned

Although development paused from March through June, the new prototype opened at the end of July in two travel plazas along the Pennsylvania Turnpike. The stores are operated by franchise partner HMSHost and replace former Steak ‘n Shake locations.

Unlike the former tenant, Roy Rogers has been experiencing positive comp sales growth and the upgrades have boosted performance during the pandemic, says Jeremy Biser, executive vice president of the chain. The replacement made sense to HMSHost. “Roy Rogers offers improved speed of service, a more varied menu and a greater potential for sales,” he says. “Plus, we cover all three dayparts—breakfast, lunch and dinner.”

Biser, who was brought over from Dunkin’ Brands to rev up franchising, is looking to expand to both nontraditional locations, such as travel plazas, truck stops and airports, as well as traditional venues. In the latter category, drive-thrus are on the top of his list.

“Our direct competitors are currently doing 65% of their business in drive-thrus. Along with online ordering and delivery, the drive-thru is essential right now and it’s Roy Rogers’ primary model,” says Biser. 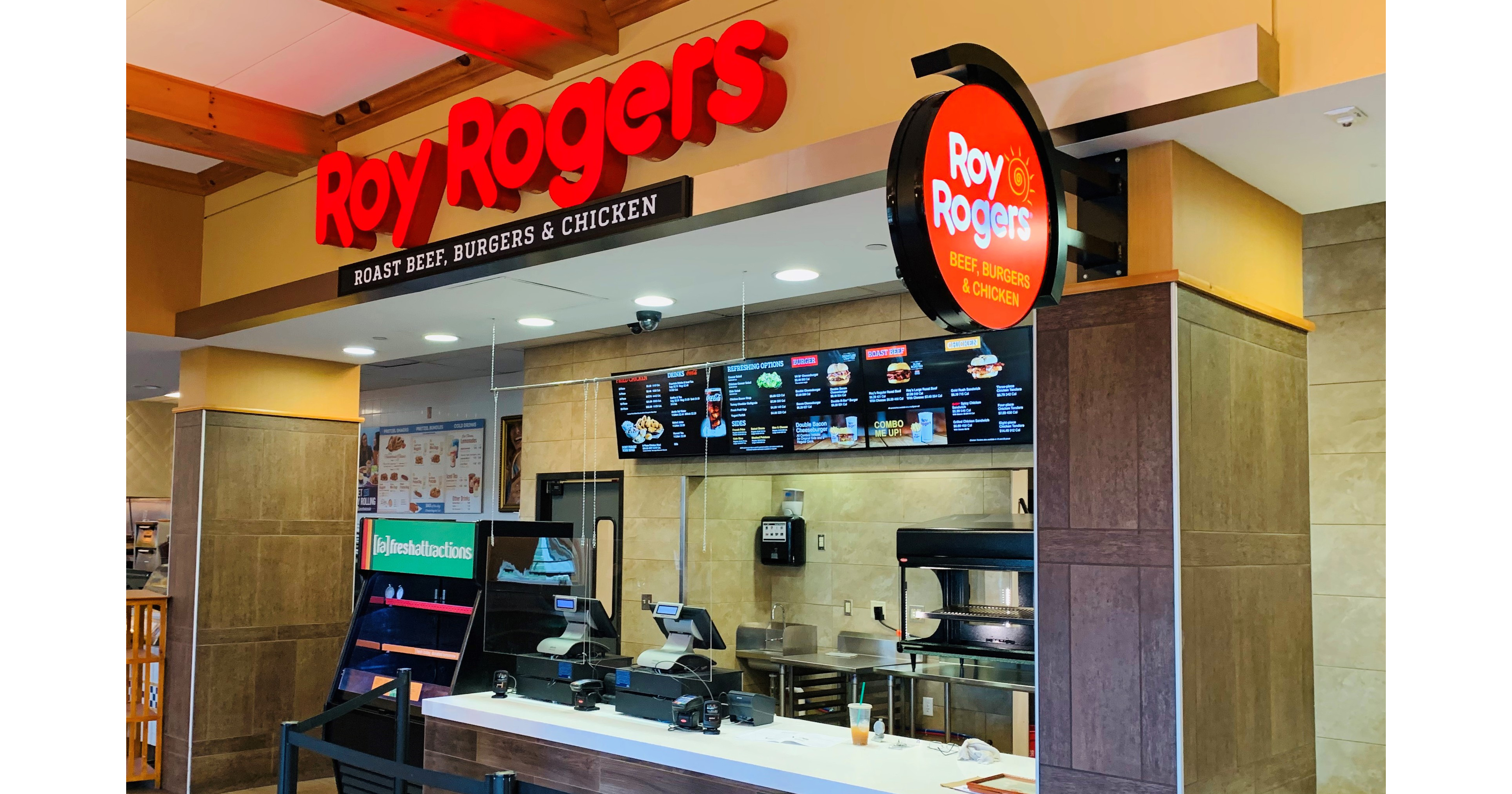 He is intent on enhancing drive-thru locations and growing that part of the business as the chain expands. Previously Roy Rogers focused development in the Northeast and Mid-Atlantic states, but now the brand is actively recruiting franchisees in the South and into Texas. Artificial intelligence helped Biser and his team identify those as prime markets.

To accelerate opening up new territories, Roy Rogers is looking to sign multi-unit franchisees who have existing restaurant experience and already operate at least five units. Over the last month, people seem to be re-evaluating their portfolios and are open to new businesses, Biser says.

But he isn’t ruling out neophytes—as long as they surround themselves with others who can build a strong model. “The most successful entrepreneurs are those who grab an opportunity during a time of crisis,” Biser believes. “This [the pandemic] is creating an opportunity.”

Charlie Morrison, CEO of Wingstop, agrees. In a recent earnings call, he noted that to grow units during the coronavirus crisis, the 1,436-unit chain has been “very entrepreneurial.” Wingstop added 23 net new units during Q2, with 17 new restaurants opening in June alone. Systemwide sales jumped 37%, to $509 million, for the quarter ended June 27.

The company plans to open 120 to 130 new locations by the end of 2020. “It’s a momentum we expect to continue,” Morrison told analysts. “We do have a really solid pipeline in place.”

The wing chain also initiated a virtual way to speed up development during the pandemic. “Some team members have figured out how to Facetime permits and get them taken care of. We’ve shared those best practices across the company and it has worked well … It gives us comfort as to what our potential is if we can keep this momentum going.”

All three chains share a similar service style and robust takeout and delivery business—factors that are positioning them well for the COVID-19 world and beyond.