There’s a pandemic gripping our country with no clear end in sight. Restaurants by the thousands are permanently closing their doors and the economy is in deep recession. But that’s not stopping these bold operators from opening brand-new restaurants this summer.

It’s not as crazy as it may sound.

“There are a few advantages of opening a new restaurant currently,” says Joe Pawlak, managing principal of Technomic, Restaurant Business’ sister company. “First of all, there isn’t much ‘newness’ in the industry and a new market entrant could offer differentiation and excitement for consumers who are relatively pessimistic right now. A new restaurant opening in this environment is news in of itself.”

That’s what Andrew Darneille is counting on as he opens his first restaurant, Smokecraft Modern Barbecue. It’s in a very visible spot on the ground floor of an office building in Arlington, Va., and all summer he built anticipation with giant window signs announcing its arrival.

Also building buzz is Pizza Friendly Pizza, a new fast casual in Chicago with a Michelin-starred chef behind the pizza oven. Chef Noah Sandoval of Oriole fame and his business partner, Bruce Finkelman, formulated the concept through text messages and it opened a few months later. Takeout and patio dining are currently the focus. 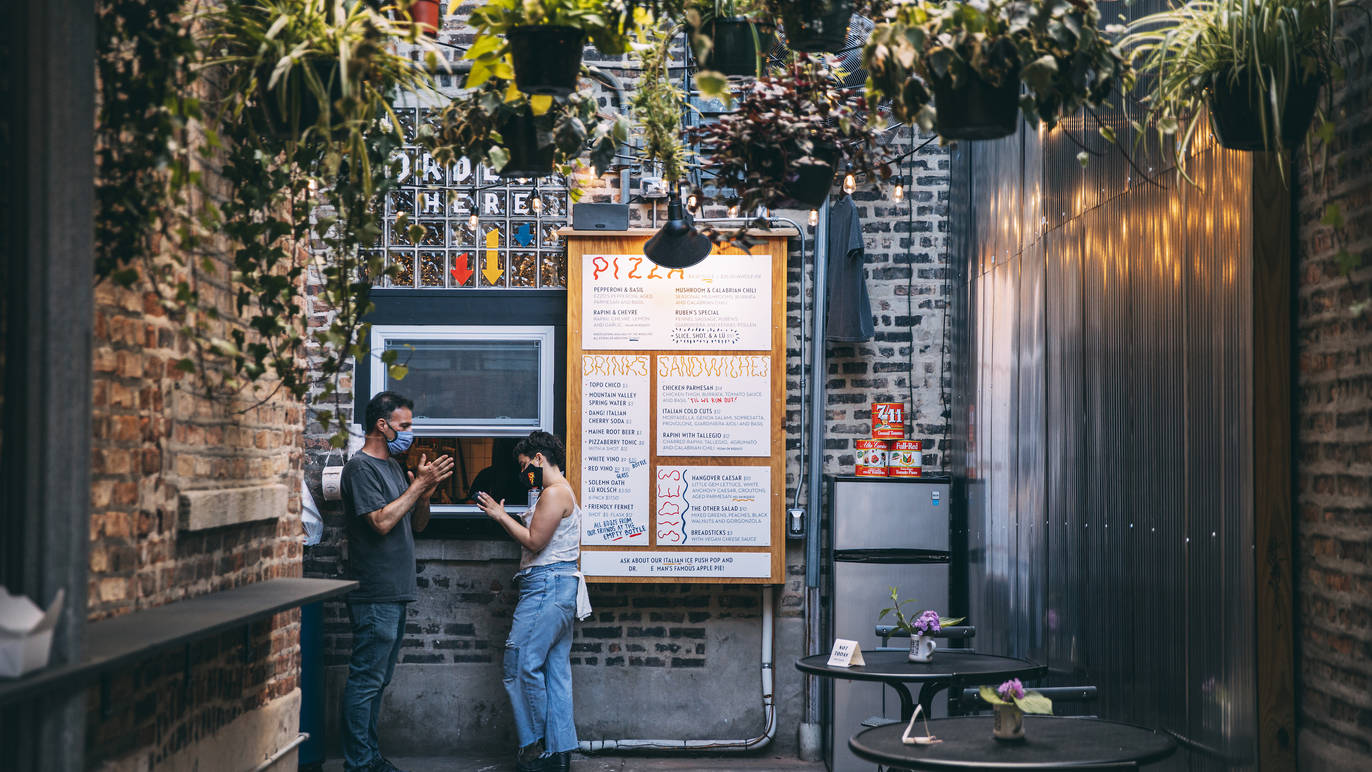 Although it’s not easy or cheap to build out a new space, restaurateurs today can start from scratch to meet the safety and sanitation requirements now mandated, says Pawlak. “The owner can develop their optimal floorplan for social distancing and off-premise at the start, rather than have to retrofit an existing, operating concept,” he says.

That’s what Ampia did when the pandemic derailed its original plan. Instead of filling the space with lots of tables and serving a full-course menu, co-owner Anisa Iuliano created an outdoor oasis on a New York City rooftop with a menu of cocktails, appetizers and paninis. To social distance customers, she placed greenhouses over tables.

Brian Ingram also had to switch gears for his restaurant, The Gnome, when COVID-19 hit. He changed the blueprint for the outdoor space, tripling the size of the original patio. And he renegotiated the lease with his landlord, making it a rent percentage model based on sales. Ingram is opening another restaurant called Elotes, also in St. Paul, Minn., and he negotiated the same rent deal. Elotes took over the space vacated by an expensive fine-dining restaurant and is offering Mexican street food at a more affordable price point for the neighborhood.

All these restaurateurs had to overcome construction delays, budget overruns and other challenges as they moved along to opening day. And the road ahead is filled with uncertainty as the coronavirus crisis drags on. But they are remaining bullish as they get their restaurants up and running.