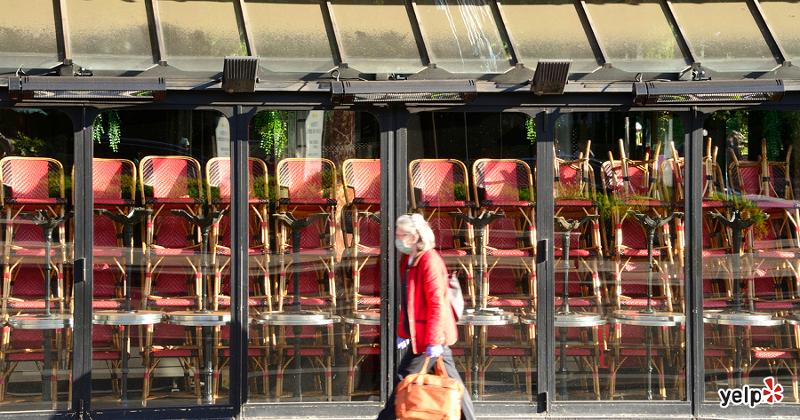 Nearly 24,000 restaurants are closed as a result of the coronavirus pandemic, more than half of them permanently, according to a Yelp report published Thursday.

The report said the count is “likely an estimate” because it only accounts for restaurants that listed themselves as closed on Yelp, a crowdsourced business review site. Yelp does not disclose how many total restaurants it lists, but “in the U.S., it’s representative of the restaurant industry,” a spokesperson said in an email.

At first glance, the closed figures are much smaller than other estimates have suggested. For instance, a report from the Independent Restaurant Coalition earlier this month estimated up to 85% of independent restaurants could close by the end of the year without massive federal aid. That would be about 425,000 restaurants.

And a report in March from the National Restaurant Association found that 3% of the nation’s restaurants were already permanently closed—or about 30,000 restaurants.

Restaurants have been among the industries hit hardest by the pandemic, as states limited them to takeout and delivery for months to help stem the virus.

Restaurant closures made up 17% of the 140,000 total business closures between March 1 and June 15, according to Yelp. And the proportion of restaurants closed for good—53%—is the highest of any industry by far, Yelp found. Permanent restaurant closures spiked in March, indicating that the coronavirus was likely the last straw for places that were already struggling.

The shopping and retail sector saw the most total closures on Yelp, with 27,663. About a third of those are permanent.

As restrictions are lifted and states begin to reopen, Yelp reported a “substantial increase” in seated diners, now down 57% compared to before the pandemic.

Somewhat surprisingly, restaurants that cater to group dining are seeing more hits. Searches for fondue are up 123%, followed by tapas (98%), hot pot (49%) and buffets (17%). (Federal guidelines say restaurants should discontinue self-service areas such as buffets and salad bars.)

Despite the renewed craving for communal dining, takeout and delivery continue to surge, with interest in those services up 148% compared to pre-pandemic levels, according to Yelp.