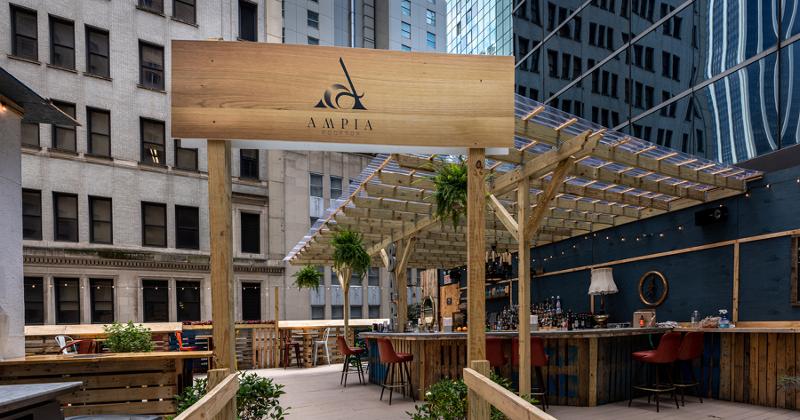 Husband-wife team Anisa and Michele Iuliano, owners of seven full-service Italian restaurants in New York City, planned to open a new eatery in Manhattan’s Financial District in April. The buildout was almost complete when everything came to a screeching halt in March.

As the pandemic wore on, Anisa realized that the original plan to create a sister concept to Gnoccheria, the couple’s Napoletana eatery, wouldn’t fly. With capacity restrictions probably extending until the end of the year and the neighborhood’s young professionals fleeing the city, the financials couldn’t work.

“It’s usually easy for us to open restaurants, as we do the physical work in each location, but this was a totally new challenge. We had to take a step back and restructure the business plan,” says Anisa. “It was a really scary time.”

The first step was a name change. When New York City announced that restaurants could open for outdoor dining during Phase 2, the Iulianos changed the name from Gnoccheria Rooftop to Ampia—a move that gave it a distinct identity. Then they set about redesigning the space to satisfy all the restrictions. 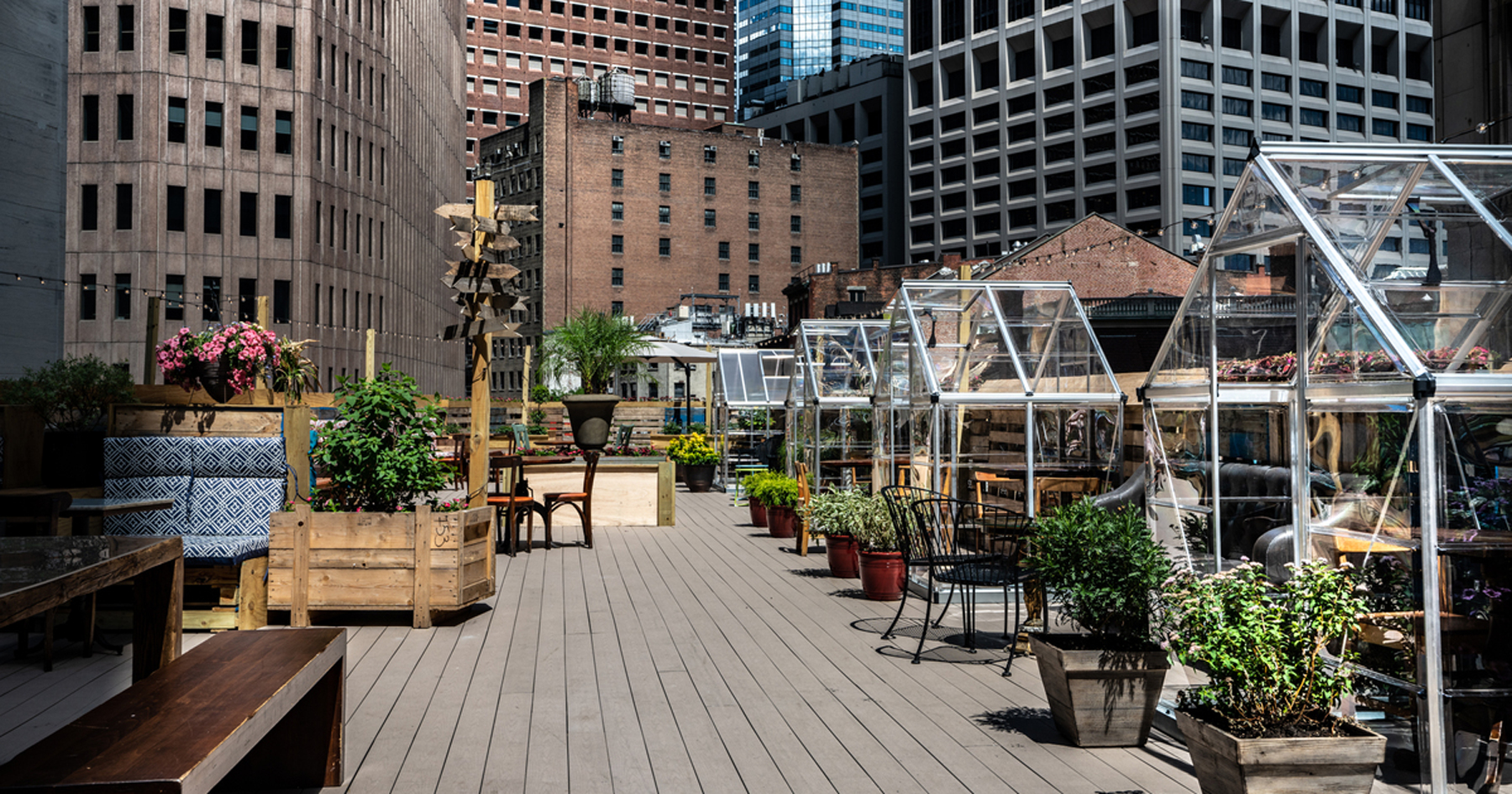 “My main concern was how to make customers and employees feel safe,” says Anisa. She immersed herself in research and “went overboard” ordering special equipment and products.

The entire space was sprayed with an electrostatic sanitary coating, including the tables, chairs, bar and every touchable surface. The process sanitizes for up to three months. The pair also purchased a facial recognition thermometer and all the essential PPE specified in New York Gov. Andrew Cuomo’s Phase 2 guidelines.

Next, the space was reconcepted from the original 250-seat restaurant to an outdoor dining venue with a limited bar and food menu. The beer garden in the original plan had to be scrapped; it’s impossible to enforce social distancing in that kind of setting. Instead, tables were spread out and seating areas set far apart, accommodating 60 to 65 guests.

The regulations around social distancing state that if tables cannot be arranged six feet apart, a restaurant can use plexiglass dividers between them. But the Iulianos wanted to infuse Ampia with the same stylish elements that differentiate their other restaurants.

“I ordered five individual plastic greenhouses to place around the smaller tables and they create a cozy, garden feel on the rooftop,” says Anisa. It’s a more sophisticated look than plexiglass dividers and customers love the privacy, she reports. The restaurant now has orders in for larger greenhouses that can fit over tables of four or six.

Guests can order cocktails, wine and beer from an outdoor bar staffed by a mixologist. The food menu is seafood-focused, but the restaurant’s lobster, octopus, shrimp and scallops appear on paninis instead of the original standalone dishes. The couple discovered seafood paninis on a recent trip to Italy, where they are a popular new trend. They’re also easy to eat in an outdoor setting, as are the fried calamari, tuna tartare and other light fare on the streamlined menu. 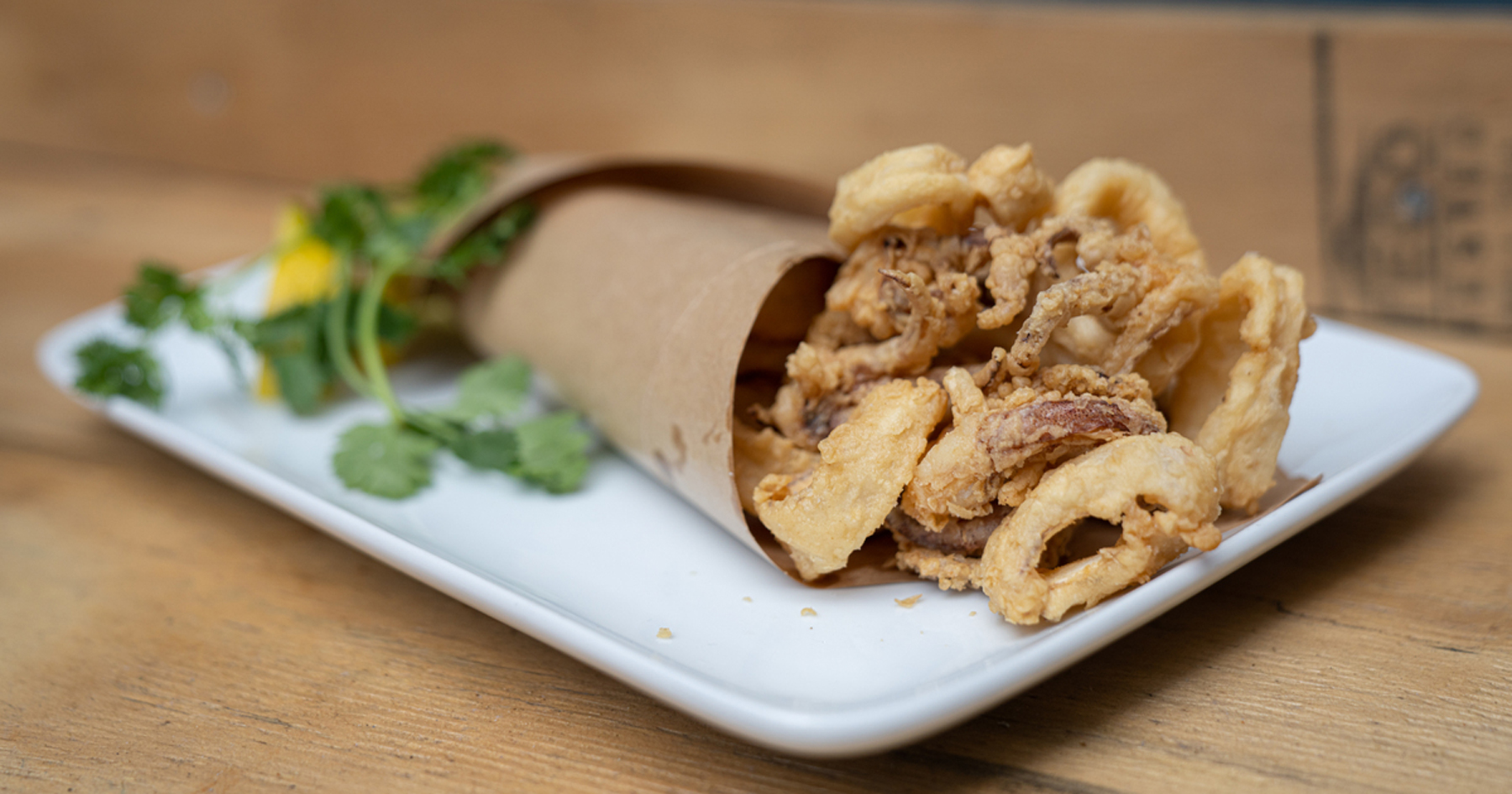 Training was an essential part of the revamp. “We retrained all the employees to work as teams rather than shifts, so if someone gets sick, they don’t expose the whole staff, just the immediate team members,” says Anisa. “And each mixologist is on the same team as the servers for every service.”

Guests have been retrained, too. Everyone must wear a mask and have their hands sprayed with sanitizer upon entering the restaurant. Once seated, they are not permitted to walk around except to use the rest room.

“We reinvented our original plan and as the government kept making changes, we had to keep adapting,” says Anisa. While the upgrades and adaptations may be out of reach for other new restaurant owners, the Iulianos felt they were worth the cost for their target customer.

Ampia opened earlier this month, and so far, “the response has been amazing. People love that they can dine outside without sitting on the street.”