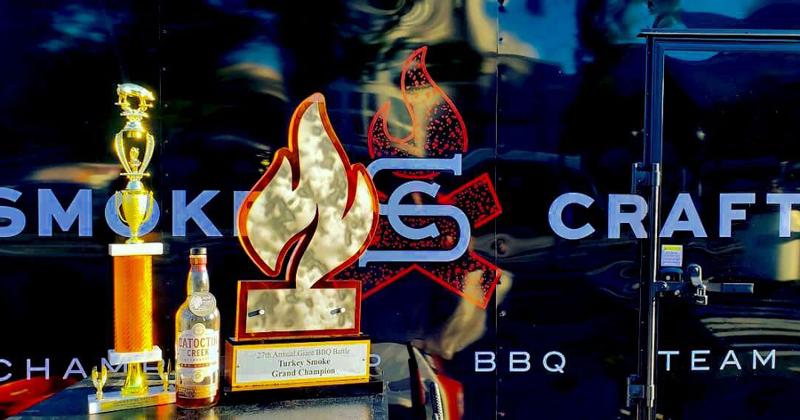 For years, Andrew Darneille competed in barbecue championships, winning over 70 awards in 2019 alone. A little over two years ago, he started laying the plans to open a brick-and-mortar restaurant showcasing modern barbecue. He and his partners found the ideal space on the ground floor of an office building in Arlington, Va., just outside Washington, D.C. Office workers meant a guaranteed lunch and bar crowd. And restaurant demand was strong with the under-35 demographic in the neighborhood.

The buildout began last December and the opening was slated for Spring, 2020. Things were moving along well. Then a global pandemic hit.

“Construction had to halt completely in mid-March,” says Darneille, who is both owner and pitmaster of the new Smokecraft Modern Barbecue. “We were halfway through construction and had ordered furniture, two huge smokers, ventilation equipment and more.”

A slow and bumpy road

Restaurant openings can be delayed even during the best of times, but COVID-19 brought unprecedented obstacles in its wake. But throughout the process, Darneille didn’t allow anything to derail his dream.

When construction restarted in April, only 10 workers were allowed in the space at one time due to COVID restrictions, so the buildout slowed down. “We were trying to time the launch to Phase 2 openings, but even our suppliers weren’t working and materials weren’t available,” says Darneille.  Plus, he and his partners were committed to building a restaurant that would deliver an exceptional experience, so there was no cutting corners or skimping on materials.

When the PPP loan program was introduced, Smokecraft applied for that assistance and other grants to maintain some cash flow as the delays mounted. What Darneille discovered was that never-opened restaurants are not eligible for any funding because there’s no proof of payroll and revenue. 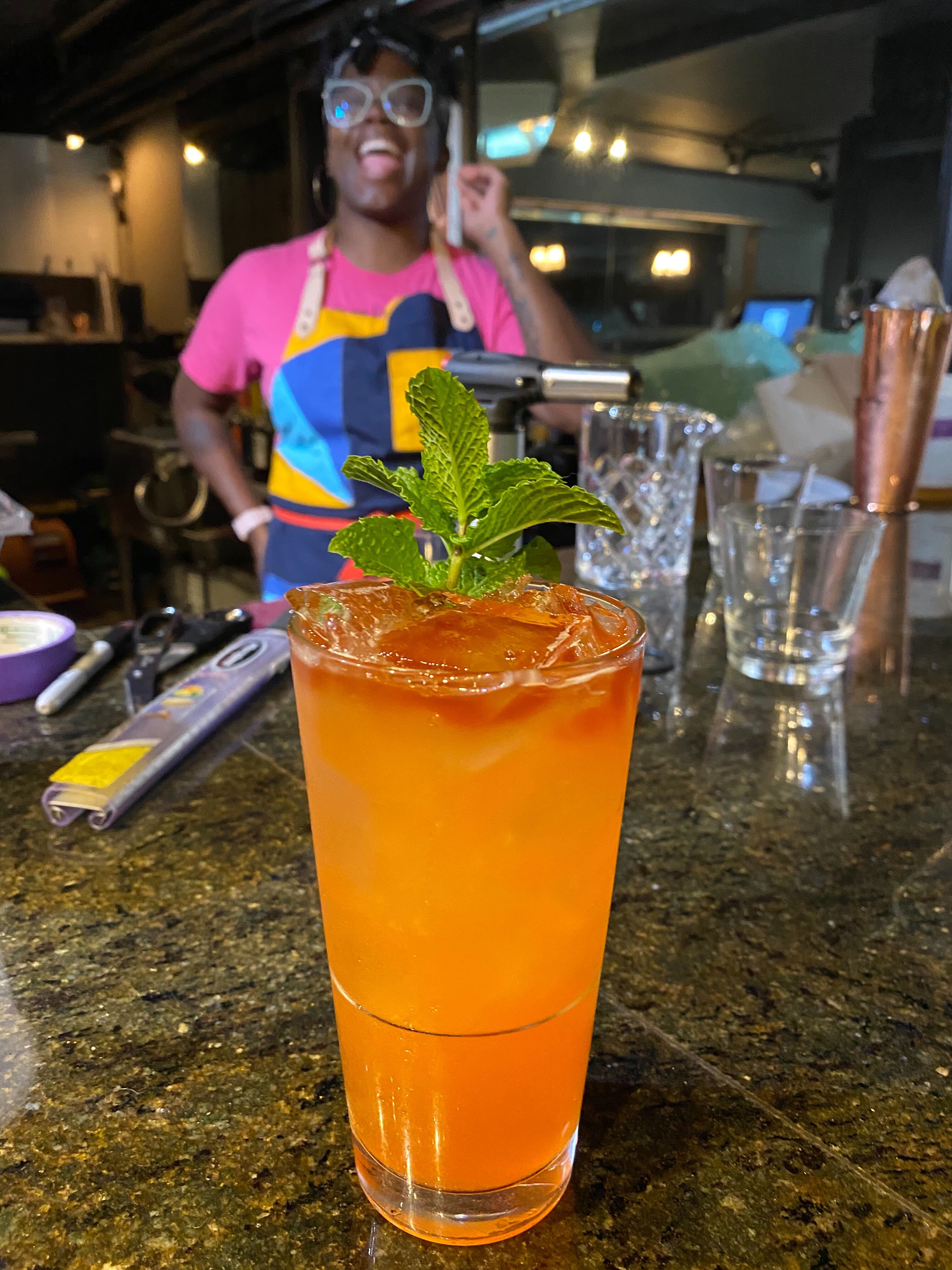 Once it looked like construction was progressing, Darneille had to rethink his hiring needs. “Typically, a new restaurant opening means overstaffing by about 20% to make sure everything runs smoothly at the beginning, but opening at 50% capacity, we couldn’t support that,” he says. Smokecraft is 3,500 square feet and usually accommodates 99 guests indoors and 40 on the patio; that seating is currently reduced by half in Arlington.

So “we looked at how low we could go with our starting labor force,” says Darneille. He focused on filling just a few of the top positions to build a solid team that could hit the ground running. The bright spot—lots of talent was available because of restaurant closures and layoffs.

“Hundreds of managers and chefs applied for three positions,” says Darneille. Additionally, he hired an award-winning mixologist to craft cocktails with smoke and other flavors that complement the menu. “This bar element really differentiates Smokecraft from other barbecue restaurants,” he believes. 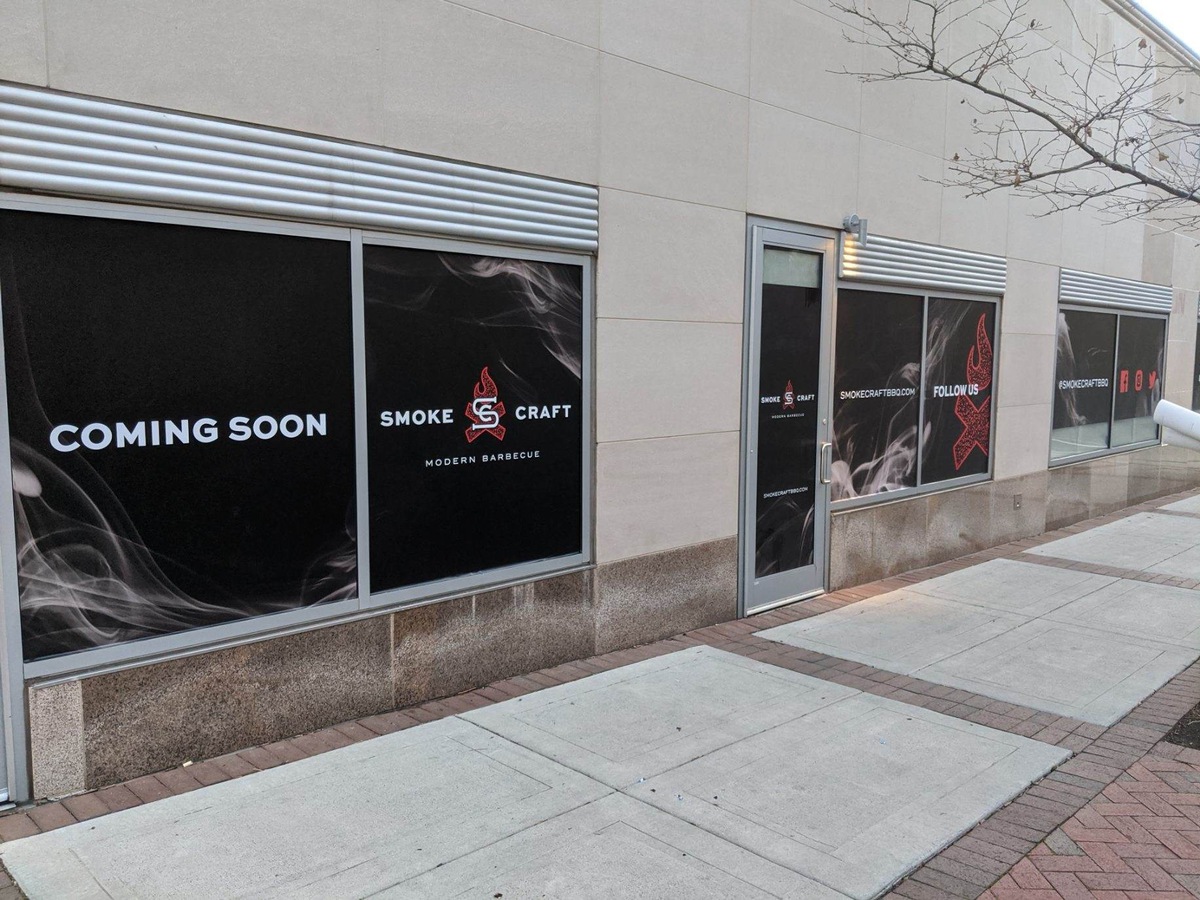 Darneille also was adament about hiring a sales and marketing manager instead of another front-of-house employee. Marketing is critical, he believes, and this person will do double duty in the front of the house and connect with the community. Even pre-opening, Smokecraft is taking advantage of robust foot traffic in the neighborhood with large, graphic window wraps to build awareness.

As pitmaster, Darneille developed and refined the menu, but he wasn’t planning to cook on the line. Now he will be, rounding out the smaller labor pool.

The restaurant positions itself as “modern barbecue” and that definition gives Smokecraft a broad capacity of what to put on the menu, says Darneille. “We’re continuing to evolve what barbecue can be,” he says. Traditional items such as brisket, ribs and pork are part of the lineup, but so are signatures perfected in competitions. These include applewood-smoked crab cakes, smoked avocado deviled eggs and a smoked turkey and ham Monte Cristo sandwich. “Dishes just have to be touched by smoked and fire to qualify for the menu,” says Darneille. 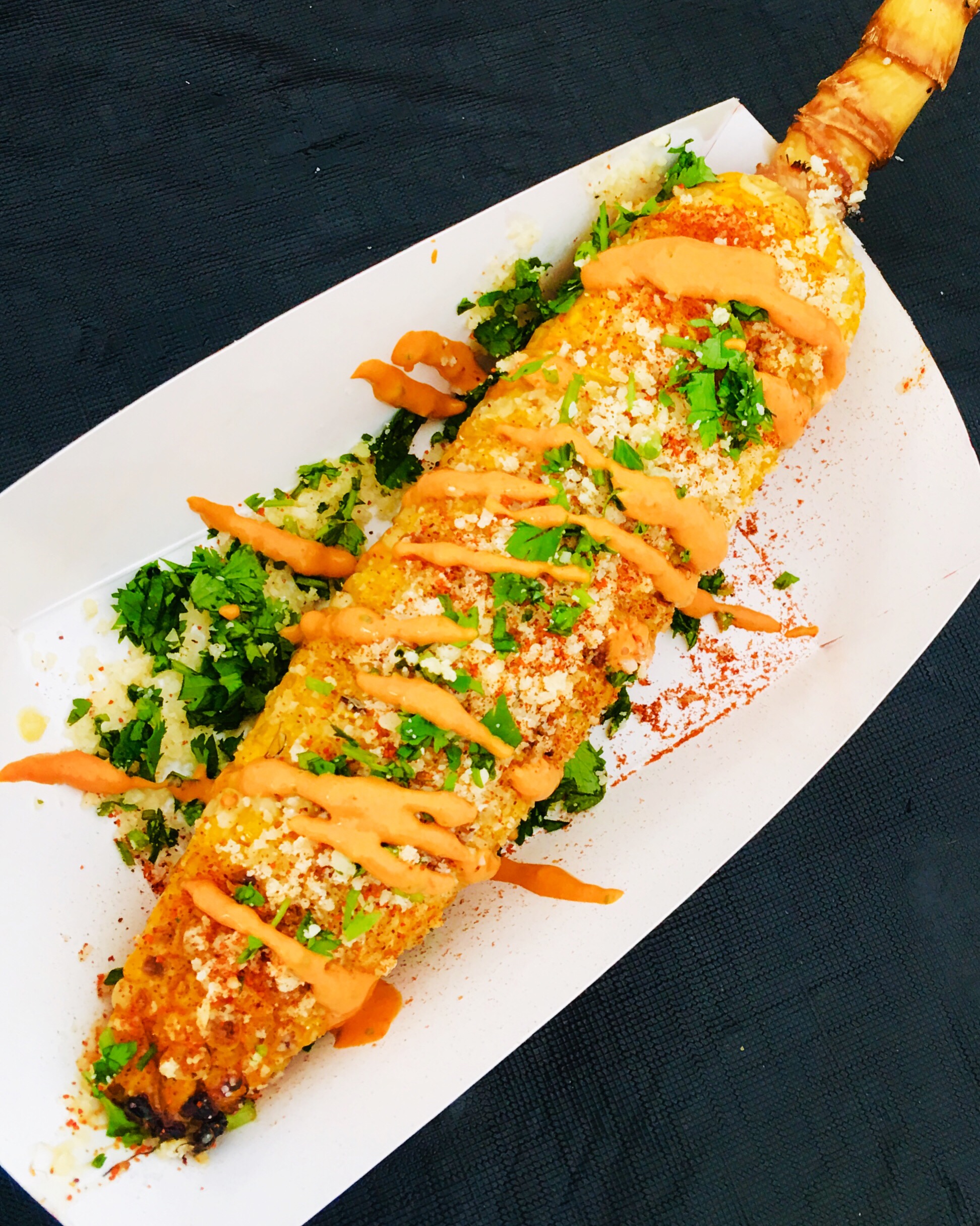 Right now, he is cutting back the menu and honing in on what works best with prep time, supply and a skeletal kitchen staff. “We built a solid core of recipes so we can roll out the best items and then menu others as specials,” says Darneille.

Staples like brisket have gone way up in price, especially for the Wagyu briskets Darneille specs. If it gets too expensive, he’ll just take it off the menu for the short term—a quick fix, since the menus are digitized. “Even now, as we’re trying to order food and other supplies, the warehouses are depleted, so we have to be flexible,” he says.

Luckily, barbecue is ideal to-go food, and although Darneille didn’t want to open doing carryout only, he is thankful that this can contribute to his revenue stream with dining-in limited to 50%. Ahead of the opening, he secured permits for wine and beer growlers to go, and now is allowed to offer off-premise cocktails as well.

Each of Smokecraft’s commercial smokers can smoke 1,000 pounds of meat at once. “I wanted to have that capacity when they were ordered, but now I wish we could have purchased the second one at a later date,” says Darneille.

But that’s about his only regret as he looks forward to realizing his dream and opening Smokecraft Modern Barbecue this summer.  “We have great systems in place, a great location, a great staff and great menu,” he says. “All this sets us up well for the long term.” Darneille and his team will be satisfied if the restaurant breaks even for six to nine months, offering guests good value to keep them coming back and slowly building the business.

Competing on the barbecue circuit prepared Darneille well for the obstacles thrown his way. “Just like in a barbecue competition, adaptability is important to success. I have lots of experience adapting,” he says.