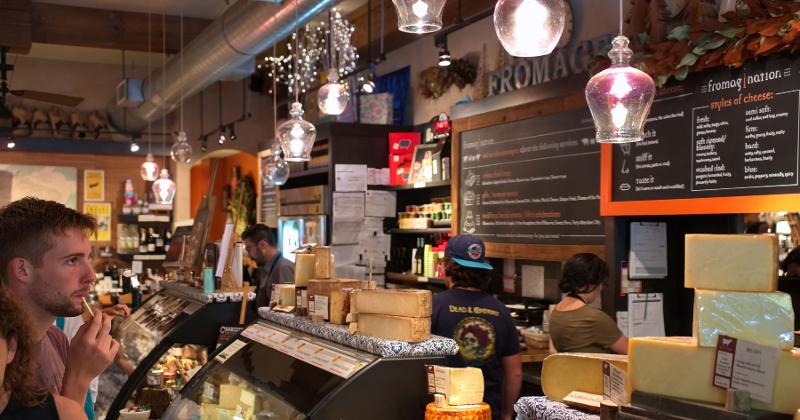 The executive order that kept restaurant dining rooms closed in Wisconsin was overturned Wednesday by the state Supreme Court as an unconstitutional overreach by the administration of Gov. Tony Evers, immediately allowing places to reopen without restrictions.

But the Wisconsin Restaurant Association (WRA) advised members to move cautiously as a result of the 5-4 ruling, noting that counties could address the lack of applicable state guidelines by issuing their own safety rules, including a continuation of dining room shutdowns.

“This is an extremely fluid situation,” the WRA said on its website. “While restaurants may be tempted to open immediately, they need to make sure that their county has not issued its own orders, therefore opening them up to fines and license revocation.”

The Tavern League of Wisconsin, a trade group that represents taverns as well as restaurants, was less reserved. It immediately alerted constituents that they could reopen. Local media reports featured bars packed last night with patrons, without any noticeable use of face masks or other routine safety measures.

Evers described the sitaution as "chaos" and "the Wild West."

"I am disappointed in this decision, but our top priority has been and will remain doing what we can and what we have to do to protect the health and safety of our state," he said in a tweet. "After months of unproductive posturing, I hope the folks in the legislature are ready to do the same."

The Tavern League advised places to follow the safety guidelines of the Wisconsin Economic Development Corp. Those recommendations follow what’s become the standard best practices cited by states as they reopen dining rooms: Send home employees with a fever, sanitize often, use face masks, switch to menus that can be discarded or cleaned after every use and practice social distancing where possible.

The Wisconsin Supreme Court overturned the governor's stay-at-home directives in a case brought by representatives of the Republican Party, which wanted the state to reopen businesses on a more aggressive basis than the reopening plan sketched out by Evers. The court agreed with their contention that Wisconsin Health Services Secretary Andrea Palm, a member of Evers’ senior team, lacked the constitutional authority to renew an executive order that limited the operations of businesses in the state.  The majority decision also asserted that the policy should not have been extended without following the state’s usual rule-making process.

Palm acted on the direct orders of Evers to renew his earlier executive order closing or limiting businesses in the state.

It was not clear what effect, if any, the ruling could have on the stay-at-home directives or business closings that are in place in other states. Virtually all of those measures were imposed as the result of an executive order.