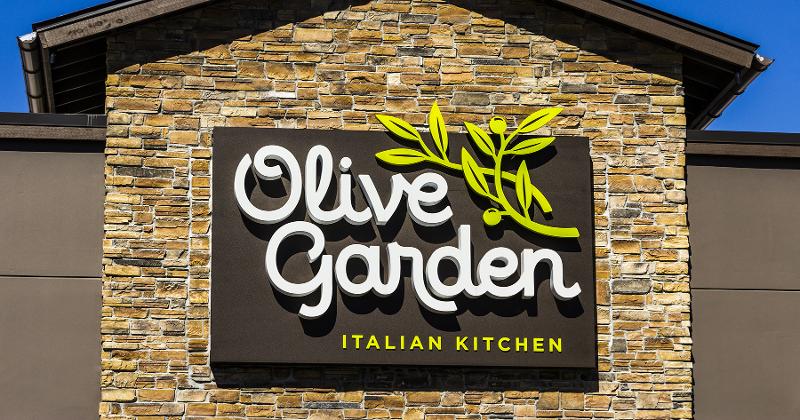 In the first glimpse inside a major restaurant chain since the coronavirus crisis upended American life, the parent of Olive Garden detailed how extensively the pandemic has changed the realities of day-to-day restaurant operation.

Employees in restaurants still providing dine-in service count the number of guests who enter the restaurant. When the tally hits 10, the government-recommended cap on occupancy, the restaurant switches to takeout-only service.

Lee revealed during Darden’s analyst call this morning that he is forgoing his own salary to help the company.

Other employees will be provided with two weeks of pay if their restaurants are shut down. Lee said he is working with federal officials to secure help in maintaining the pay of Darden’s employees. The company employs 190,000 people in total.

The company’s commitment to two weeks of pay is in addition to its adoption of a paid sick leave program last week.

In restaurants that have discontinued dine-in service, as required in about 29 states at present, Darden’s brands reduce their shifts to six to eight staff members.

Takeout sales have risen 20%, but that bump has failed to keep comps even remotely positive. Lee revealed that sales for the third week of Darden’s fourth quarter—March 8-14—were down 18.9% at Olive Garden, 15.9% at LongHorn Steakhouse and 27.7% at the company’s fine-dining restaurants, which include The Capital Grille.

“On a takeout-only scenario, we expect our margin to be positive,” Lee said, apparently referring to Olive Garden. “But our total EBITDA [earnings before interest, taxes, depreciation and amortization] would be negative.”

Lee said Darden intends to keep its restaurants open at 50% of normal capacity in areas where the suspension of dine-in service has not been mandated. If all of Darden’s restaurants are closed because of the pandemic, the company would burn through its cash reserves and emergency resources at a rate of $40 million to $50 million per week.

Keeping employees paid is the company’s highest priority, Lee told the financial analysts. He would not reveal what level of aid is being discussed with federal officials.

Meanwhile, the company is looking to reduce cash outflow by cutting all discretionary spending. Development of new restaurants has been suspended.

Despite the grim outlook, Lee expressed confidence that Darden would weather the crisis. “We have generated enough cash to more than meet all of our needs,” he said. “We will be fine.”

CFO Rick Cardenas noted that Darden had a robust third quarter ended Feb. 23, when COVID-19 was just starting to appear in many areas. Olive Garden, LongHorn and Capital Grille reported same-store sales gains for the quarter of 2.1%, 3.9% and 4.2%, respectively. Net income for the quarter totaled $232.3 million on revenues of $2.35 billion.