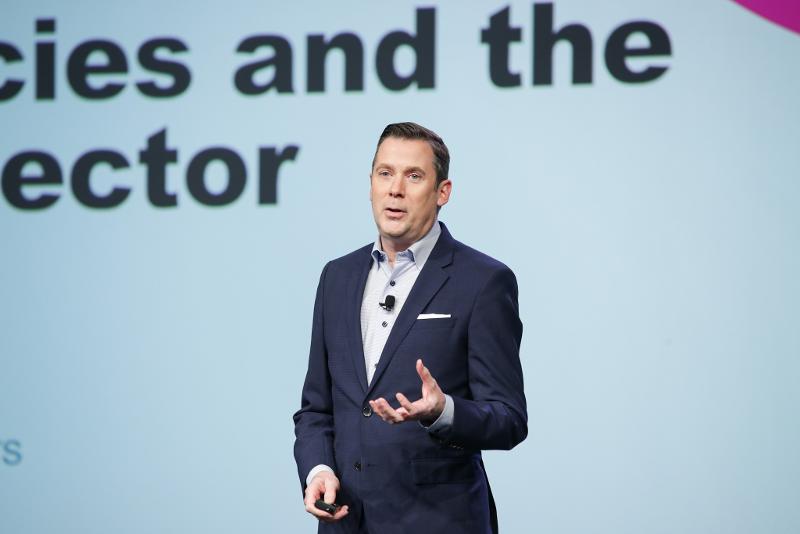 The one thing that has become constant in Washington the past two decades has been change.

For decades, change in control of Congress and the presidency had been rare. But in all but two elections since 2000, at least one house of Congress or the presidency changed hands, Sean Kennedy, EVP of public affairs for the National Restaurant Association, said at the Restaurant Leadership Conference on Thursday.

That emphasizes the need for the association to strike the right balance between the two, he said. “We need to be bipartisan,” Kennedy said. “We cannot just rely on Republicans on policy or Democrats on immigration reform.”

“My goal, the association’s goal, is to make issues not bipartisan but non-partisan,” he added. “It shouldn’t matter if you are Republican or Democrat, you have a restaurant in your area. If you are a liberal you can appreciate that it’s an employer of first and last resort for millions of Americans. If you’re a conservative Republican, you know it’s one of the only industries that allow you to bootstrap your way from the back of the house to ownership.”

The restaurant industry has had some major political victories since the start of the pandemic. Kennedy noted that, with the combination of the Restaurant Revitalization Funds, Paycheck Protection Program funds and the Employee Retention Tax Credit, restaurants received more funds than any other industry as a result of the pandemic.

That said, convincing politicians these days has grown more difficult despite continued challenges for many independent restaurants in particular areas.

When the industry was shut down last year because of the pandemic, one of the things consumers missed was dining out. That helped fuel political interest in relief for the industry. “It was the reason we got the Restaurant Revitalization Fund,” Kennedy said.

Kennedy said that another round of Restaurant Revitalization Funds is expected to be introduced and has “a very good chance of moving” early next year. That reup is needed, he said, because only one-third of applications were paid during the first round.

Yet these days politicians see restaurants with long lines and strong sales. Kennedy explains that many restaurants still have entire shifts or stations closed because of labor concerns. “The narrative isn’t as clean as it used to be,” he said.

Kennedy said the association will be pushing other solutions to deal with some of these challenges. For instance, the policy group will work on political issues to help with supply chain concerns, such as incentives to encourage younger people to become truck drivers or expanding the markets from which the industry can import meat.

But that issue remains important. “We don’t have U.S.-based workers available to eliminate the labor shortage,” he said. “We need to look at immigration reform.”

But, he noted, the association will work to push for a new visa program, similar one for the agricultural community, that will be targeted at foreign workers for industries that do not require high school diplomas such as restaurants and hospitality.

That won’t eliminate the labor shortage, he said, but it would help. “When it comes to dealing with worker issues, we need to take an all-of-the-above approach,” Kennedy said.

One issue that is coming up in light of the labor shortage has been a drive for unionization. “Labor is having a moment,” he said, noting that the national view of organized labor is its highest since 1965. “We have laid off a lot of workers,” he said.

Many of the unionization drives have come from the restaurants themselves, particularly coffee shops and brewpubs where many of the workers tend to be liberal. That includes Starbucks, which is seeing workers push for unionization in Buffalo, N.Y., and Arizona.

Yet, Kennedy said, “It’s not a crisis, yet. We have not seen any major union activity occur. It’s all onesies and twosies. But it’s something we need to be mindful of.”