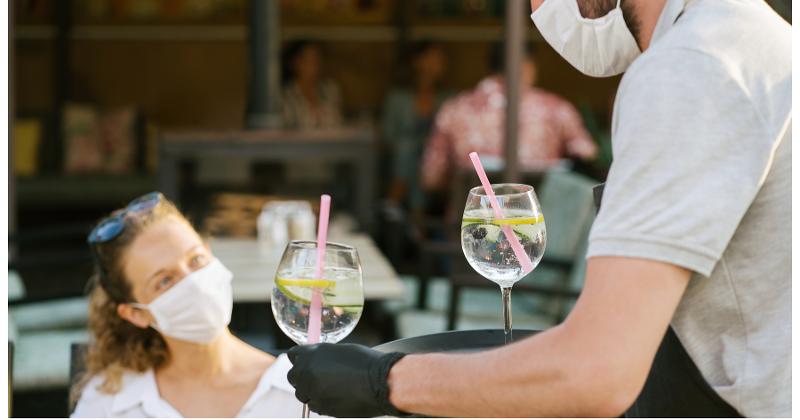 With COVID infections spiking again, more areas are likely to follow Los Angeles County in reimposing requirements that facemasks be worn inside restaurants and other public places, regardless of an individual’s vaccination status, according to the nation’s top health official.

On the East Coast, the New York City legislator who chairs the City Council’s Health Committee called over the weekend for reinstatement of the Big Apple’s mask requirement. Mayor Bill DeBlasio quickly responded with assurances that a mandate would not be reimposed.

Murthy’s predecessor as surgeon general, Jerome Adams, weighed in on the matter with a tweet suggesting the Centers for Disease Control and Prevention may have been too quick in declaring that vaccinated individuals no longer needed to wear masks in public spaces.

Jerome Adams likened the situation to statements issued early in the pandemic by himself and Anthony Fauci, the nation’s top infectious disease specialist, that facemasks were ineffective against COVID and need not be worn. Later research showed that facemask requirements were one of the most effective ways of slowing or interrupting the spread of coronavirus.

The flurry of comments followed Los Angeles County’s decision to reinstate a mask mandate to thwart the rapid spread of coronavirus’ Delta variant, a more transmissible mutation. The version, originally detected in India, has been cited as the reason why COVID infection rates are climbing again in the U. S.  Since Los Angeles County fully reopened on June 15, infections have increased sevenfold, according to the county’s health department.

The situation, coupled with a surge in infections in areas with low vaccination rates, has sparked speculation that mask mandates will be reinstated in other regions.

“What we're seeing in L.A. County is concerning,” Murthy said on the ABC Sunday news program “This Week.”  “For communities where they're seeing a significant increase in cases—L.A. County is one of those counties—I think they're looking to take mitigation measures to reduce that spread. And masks are one of them.”

The restaurant industry would likely be displeased to see mask requirements reinstated. When the mandates were formerly in place, establishments were expected to police them. Customers often turned hostile when employees asked them to observe the rules, treating the pressure as a violation of their rights and freedom. The confrontations sometimes turned violent.

The unpleasantness of dealing with enraged customers has been cited in a number of reports as one of the reasons why employees are fleeing the industry to work in other fields.