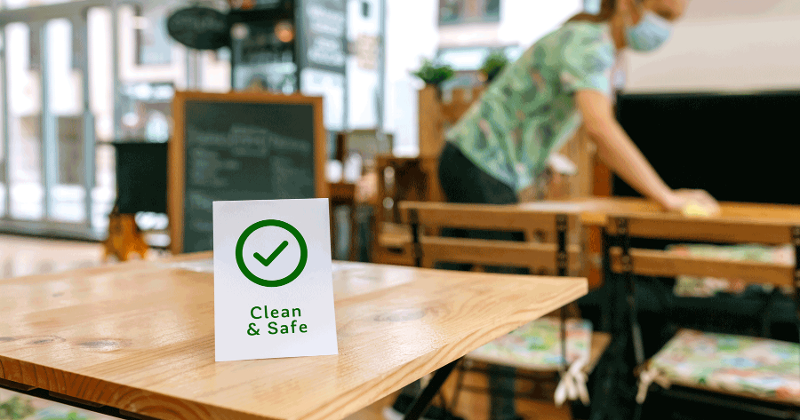 Restaurants could suffer another round of shutdowns and service limits if state officials don’t suspend their rollback of anti-COVID precautions, according to the federal government’s leading public health expert.

The warning came from Rochelle Walensky, the new chief of the Centers for Disease Control and Prevention (CDC), after a number of states lifted measures restricting restaurant operations.

As of Monday, restaurants in Massachusetts could put 100% of their dining-room seating back into use provided they still keep patrons at least six feet apart.

Arkansas similarly lifted all capacity limits on its restaurants on Friday.

South Carolina gave its bars a greenlight to open as of last Friday at 30% of capacity. Restaurants have been allowed to operate at 100% of their indoor seating capacities since October.

Limitations on the industry are also being eased by a number of municipalities. Three northern California counties, including the one encompassing San Francisco, are expected to allow restaurants to reopen their dining rooms as of Friday at 25% of total seating capacities. Local operators also anticipate that an unpopular curfew on outdoor restaurant service will be lifted.

The capacity cap on indoor service in New  York City was raised to 35% on Friday, while Chicago announced Tuesday that it would permit restaurants to put fully half their indoor seating back into use.

The easing of restrictions is the result of an encouraging trend in such key COVID metrics as new infections, hospitalization rates and deaths. New COVID cases fell 21% in number, to 56,672, on Monday, according to a multi-source tally maintained by The New York Times, while hospitalizations dropped 29%, to 46,738. Deaths from complications of COVID were down 17%, to 1,425.

Vaccinations against COVID have proceeded at a faster-than-expected clip, with doses easily surpassing the goal set by President Biden of 1 million shots a day for the first 100 days of his administration.

Still, Walensky said Monday, the measures of infections, hospitalizations and deaths are still at high levels, and appear to be either plateauing or rising slightly. She also noted that the emergence of new and more transmittable variants could bring another sharp upsurge in cases.

“With these new statistics, I am really worried about reports that more states are rolling back the exact public health measures we have recommended to protect people from COVID-19,” Walensky said at a White House press briefing. “At this level of cases, with variants spreading, we stand to completely lose the hard-earned ground we have gained.”

No governor has been known to respond yet.

Restaurants will likely not be pleased if the state officials follow Walensky’s recommendations and either stop the rollback of service limits or restore some measures.  Representatives in many areas have warned that more places will be forced to close or cut their staffs if sales-dampening restrictions aren’t lifted.

Another spike in COVID cases would mark the fourth wave of infections since coronavirus was first detected in the United States roughly a year ago. An initial surge in infections in March and April was tempered by June, but new cases jumped again in the summer.

A third wave came during and after Thanksgiving last year, as holiday gatherings and the easing of restrictions were cited as calaysts for the renewed spread of the virus. That third surge led to widespread re-closings of restaurant dining rooms and, in some states, outdoor dining areas.

Correction: An earlier version of this story incorrectly stated that the indoor capacities of South Carolina restaurants were capped. In fact, all capacity restrictions were lifted in October.