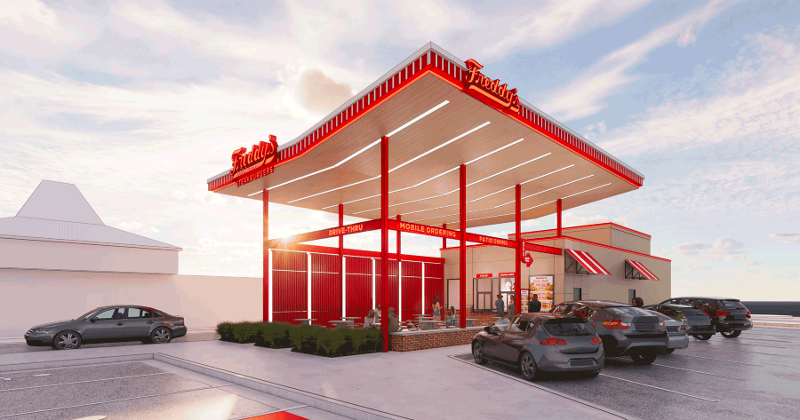 Freddy’s Frozen Custard & Steakburgers, which has a new owner and a new CEO this year, is now out with a new store design—its first without a dining room.

The Wichita, Kan.-based fast casual unveiled the new prototype this week. It features a double drive-thru and walk-up ordering station. There’s some limited patio seating but no tables inside the restaurant.

“This prototype is the latest in a variety of available options and will cater to the growing number of our on-the-go guests who are mobile-minded and benefit from the ease and convenience of this prototype’s features,” Chris Dull, who was named Freddy’s CEO last month, said in a statement.

Freddy’s broke ground this week on the first restaurant with the updated design. It’s located in Salina, Kan., and is one of more than 45 new locations the brand intends to open this year. The new unit, which also features parking for curbside pickup, is planned to open as soon as late August, the company said. 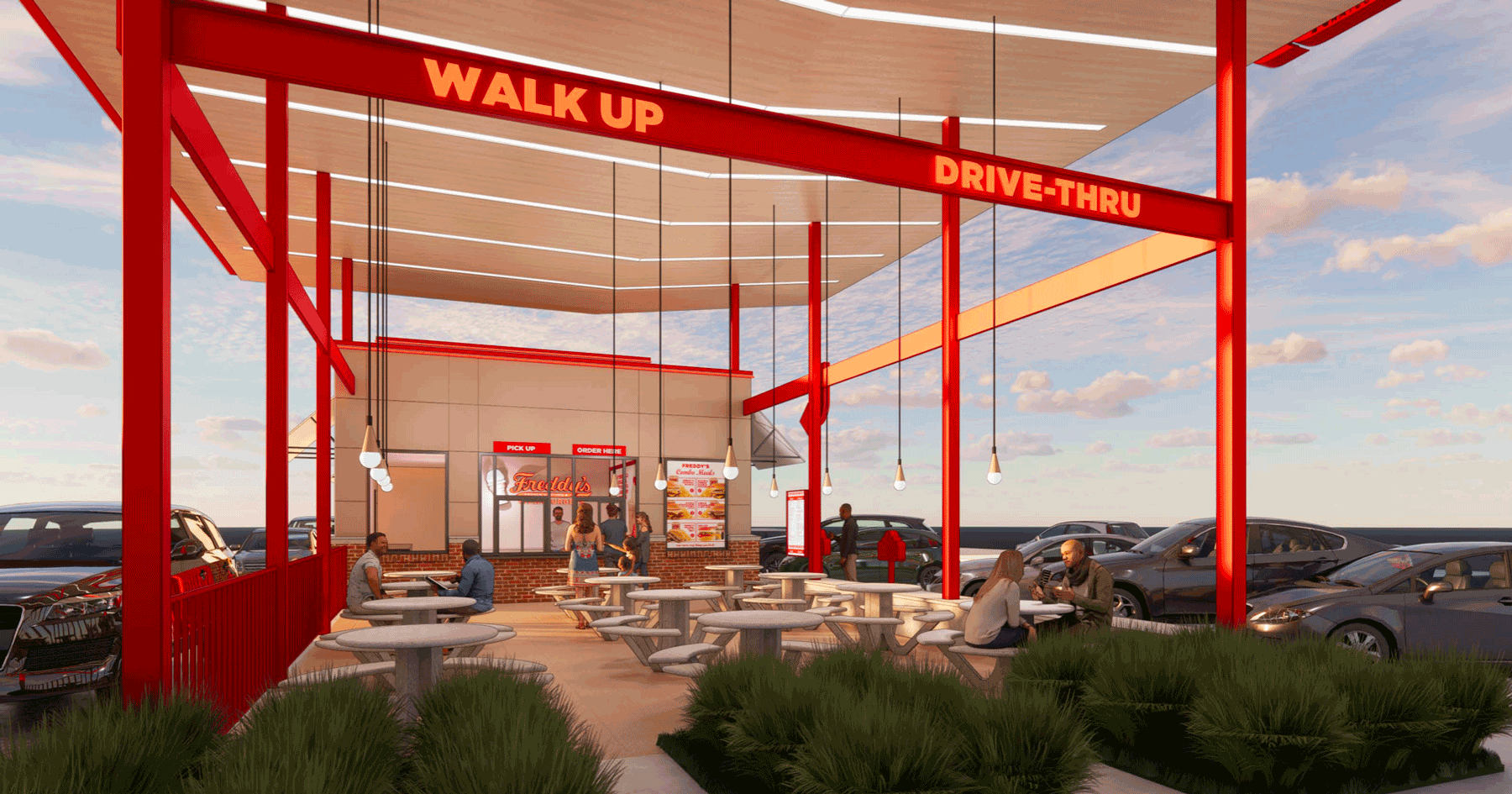 Given the shift to off-premise during the pandemic, a number of chains have recently debuted prototypes without dining rooms.

Late last year, El Pollo Loco included a delivery- and takeaway-only design among its “restaurant of the future” options. Similarly, Burger King added a new design featuring a kitchen suspended over the drive-thru, with a conveyor belt delivering orders to the lanes. KFC’s new prototype features few, if any, seats, along with a double drive-thru; parking for delivery drivers and curbside; digital pickup cubbies; and self-service kiosks. And, in November, Chipotle Mexican Grill opened its first Digital Kitchen, a restaurant with no seats designed to service orders for pickup and delivery.

Fast-growing Freddy’s was acquired by private equity firm Thompson Street Capital Partners in March. The chain now has more than 400 locations in 32 states.

Freddy’s was started in 2002 and began franchising two years later.

The chain has averaged nearly 22% annual system sales growth in the five years before the pandemic, according to data from Restaurant Business sister company Technomic.

“As our year-to-date growth demonstrates, we are well positioned to bring the Freddy’s experience to a number of new communities throughout the country,” Dull said.