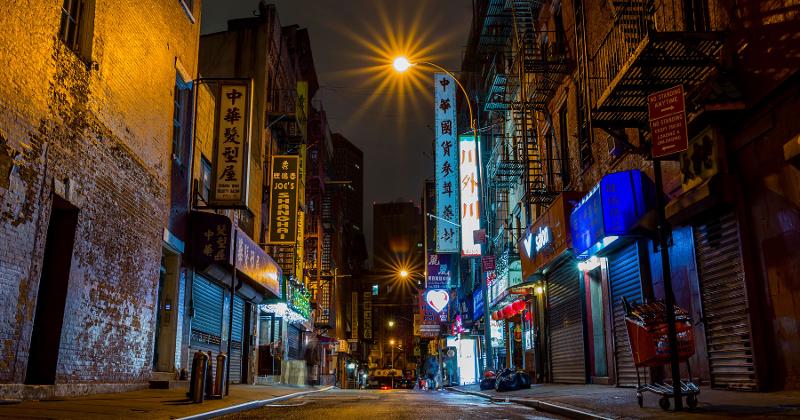 Roughly half the Chinese restaurants in the United States have closed because of the COVID-19 pandemic, a result in part of consumer prejudice and misperceptions, according to a new study.

The research looked at the closure rates of restaurants that have traditionally generated a major percentage of their sales from takeout and delivery, the only forms of service now allowed in most parts of the country because of social distancing. Establishments of all types have charged into those channels in hopes of generating sales while their dining rooms are closed by government directive.

In total, 19% of restaurants that relied heavily on off-premise sales have closed because of the pandemic, according to the data from Womply, a credit card processing company that took the data from more than 400,000 transactions. But the shutdown rates vary widely among the various types of “takeout- and delivery-friendly” concepts that were studied.

Delivery and takeout chicken wings specialists, for instance, had the lowest mortality rate, with 8% closing because of the coronavirus, according to Womply. Takeout- and delivery-friendly places offering a broader selection of chicken products were the second most resilient type of restaurant, with 9% closing, followed by pizza concepts (10%) and mixed menu quick-service places (15%).

In contrast, 51% of Chinese restaurants were closed as of last week, the study found. The next highest mortality rates were for sandwich concepts (23%), Indian restaurants (21%) and burger specialists (20%).

Overall, sales have dropped 61% at restaurants and 66% at bars, according to the research.

Separate research conducted by Womply indicates more closures are likely. In a survey of 2,000 business owners, 21% said they could not last 30 days if sales were wiped out. Fifty-five percent said they’d be forced to close within 90 days.

“Many of these businesses will be dead long before they get SBA emergency loans,” Womply said, referring to the $349 billion in relief loans that are being offered to enterprises by the U.S. Small Business Administration. “Some already are.”

Ohio city takes delivery into its own hands