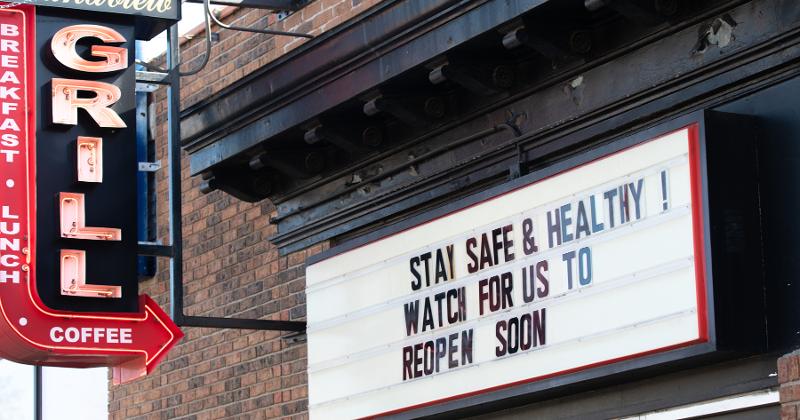 As pressure builds to re-shut restaurant dining rooms, so is the industry’s pitched resistance to the rollbacks.

Simultaneously, the group is organizing a grassroots campaign to goad the state executive into reversing her order and allowing limited on-site service to continue. The efforts include an email campaign and a “virtual demonstration” today. Participants are encouraged to print out a sign that shows how many people the establishment employs.  Then, the association advises on its website, have the staff and customers stand outside the place and brandish the sign while a picture is taken. The photo should then be sent to the governor.

“Restaurants are once again being punished for the uptick in COVID-19 cases despite the fact that the governor said that they are not the source of infection, and have been complying with her orders,” the NRMA says on its website.

At least two lawsuits have been filed by Texas bars to reverse Gov. Greg Abbott’s directive from two weeks ago to suspend the sale of alcohol by bars for on-site consumption. The suits argue that Abbott violated the rights of the plaintiffs, which number several dozen, by singling out bars and denying the owners their livelihoods.

In Michigan, a group called Unlock Michigan is conducting a petition drive and public relations campaign to deny Gov. Gretchen Whitmer the power to issue and enforce executive orders, including a shutdown of most bars in the state. The organization contends that Whitmer lacks the constitutional authority to maintain the actions for more than 28 days without approval of the legislature.

Seventeen bar-restaurants in Tennessee’s Shelby County have filed lawsuits against the county and its health department for allegedly violating their rights under the 14th Amendment of the U.S. Constitution. The actions say the establishments were closed because at least 51% of their revenues are generated through the sale of alcohol, even though the places see themselves as restaurants, not gin mills. Bars in the jurisdiction have been ordered closed, while restaurants can offer limited dine-in service.

Lawsuits seeking statewide reversals of bans on on-premise bar service have also been filed by establishments in Florida and North Carolina.