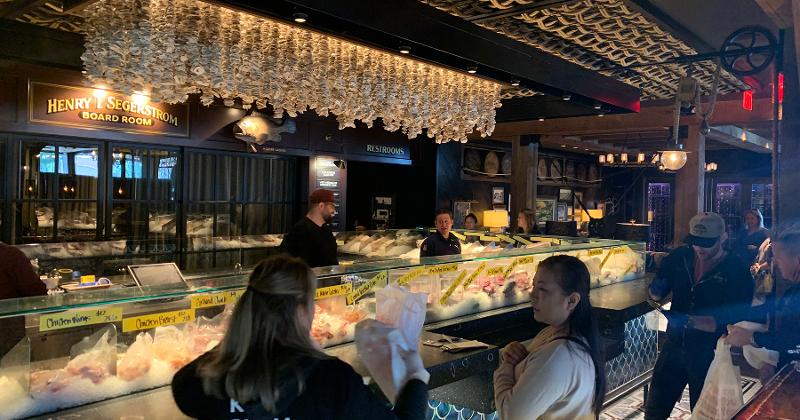 When King’s Seafood was forced to close its dining rooms, the 20-restaurant group knew its menu wouldn’t work for takeout or delivery. The outlets specialize in aged top-grade steaks and premium seafood. How can you smash products of that caliber into a box and expect them to land in decent shape on home dinner tables? Still, how could King’s or any operator waste proteins of that quality when supermarkets couldn’t even keep hot dogs and eggs in stock?

“Our first thought was: We had all this food on hand. Probably our crew members will be out of work for a while. Why not sell it to them at our cost?” recalls VP of Operations Mark Augarten.

The family-owned operation decided to turn one of its showcase properties, the Water Grill at South Coast Plaza in Costa Mesa, Calif., into a pop-up market last Sunday. The parking lot provided room for employees to queue up, keeping 6 feet apart, to buy top-notch proteins at prices about 30% below what they’d pay at a grocery store—if they could even find aged steaks and fresh seafood available. Coolers were emptied of other supplies, including produce.

A decision was made to extend the opportunity to local nonemployees as well. King’s dispatched an alert to its social media database of names and proceeded with the hope of liquidating its inventory.

“It was a hit from Day One,” says Augarten. “We cycled through the majority of our inventory for fresh fish and produce within the first 48 hours or so. We’re seeing about 500 customers a day.

“It enabled us to move through a lot of product. It also enabled a lot of our managers and crew members who wanted to work to get some hours,” he says. The hourlies were paid at 75% of their regular scale, a necessity because of the slim margins, says Augarten.

Among the delighted parties were the company’s suppliers, most of whom have long-standing relationships with the 75-year-old company. Their markets, too, had disappeared.

The eager acceptance by all parties convinced King’s to keep its pop-up open. It continued to buy supplies at the customary wholesale rate and marked up the prices to stay far below what supermarkets were charging.

“Literally every day we have someone going into grocery stores to make sure we’re priced proportionately,” says Augarten.

The scout also gets a read on what products are in retail demand. King’s product line has been extended to include staples such as butter and eggs.

Processes have been systemized. When customers pull into the parking lot, they’re met by an employee who explains how the process works.

Patrons are directed to heed masking-tape markers on the ground to ensure they stay 6 feet away from the customers in front of them on line. Eight to 10 customers are allowed into the “market” at any given time. 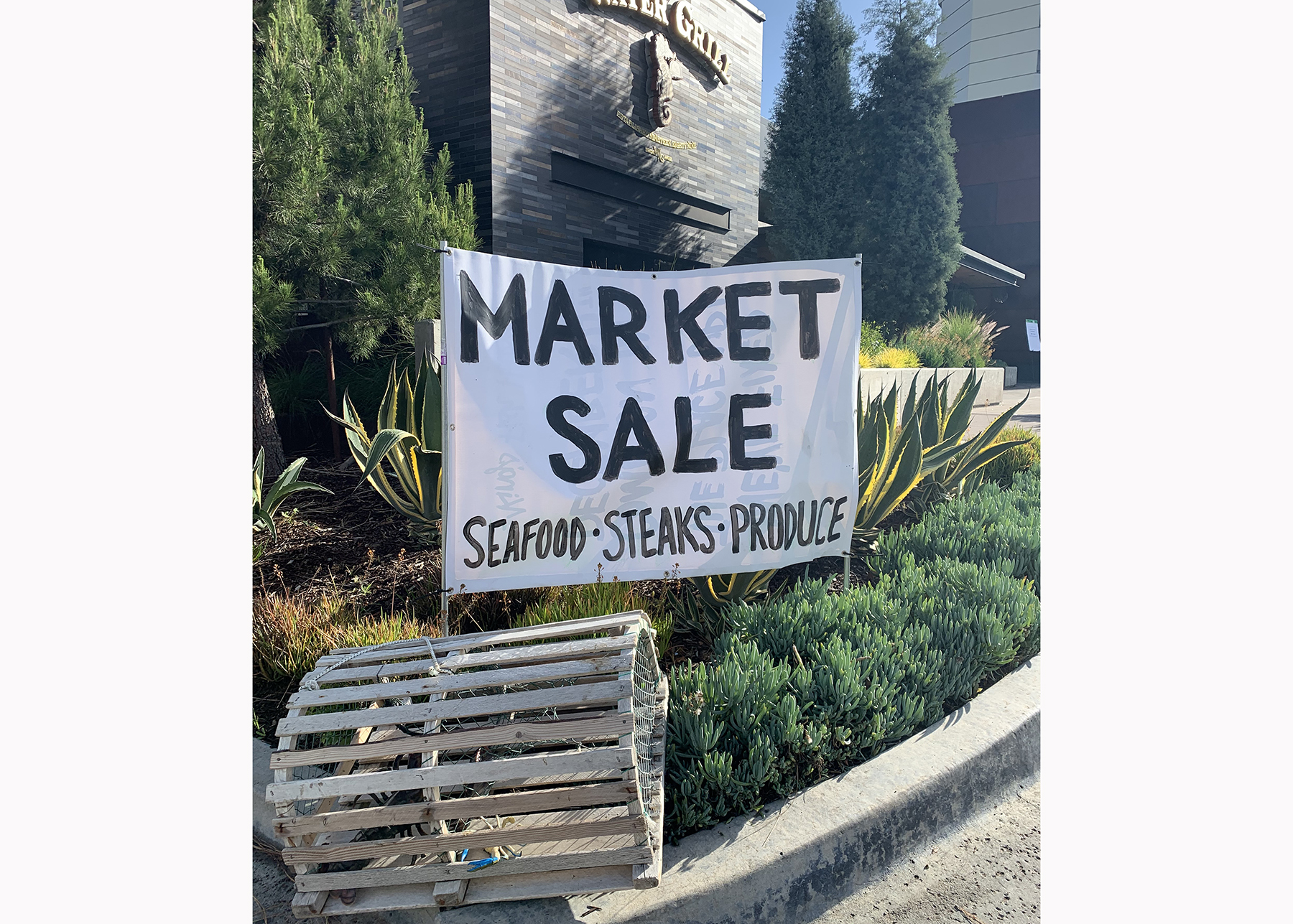 The shoppers tell staffers what they want. The gloved employees put the food stocks into bags and pass the orders to the patrons to maintain social distancing. “And the floor of the room has been marked off so that no one is standing less than 6 feet from another,” says Augarten.

“The second day we were open, we opened up all of our bars to sell bottles of wine at an incredible discount,” he says. “We’ve sold a tremendous number of bottles of wine.” King’s has branched out to selling sealed quarts of margarita and Old-Fashioned mixes.

The restaurant sports an 800-gallon tank stocked with Dungeness crabs and lobsters. Upon request, staff members will cook a crustacean selected by a customer and package it for takeout.

Five days into the transformation, Augarten said in an interview that King’s is already planning to turn a restaurant in Calabasas, Calif., into a similar market. Others are likely to follow. All 20 of the company’s restaurants are located in Southern California and the Southwest.

King’s has a seafood commissary where fresh fish are cleaned and processed. It will then be hauled to repurposed restaurants in the company’s fleet of refrigerated trucks.

Augarten declined to reveal sales figures for the Costa Mesa Water Grill, but said the volume is “far south” of what the restaurant’s business was in pre-COVID-19 days. Still, he said, customers, employees, suppliers and the company are delighted with the results.

He estimates that about half the shoppers were not regular King’s patrons prior to the COVID-19 crisis.

King’s intends to continue expanding its product line as its settles into retail mode. The company is looking at possible additions such as Spanish octopus, strawberries, ground beef, rice and clam chowder.