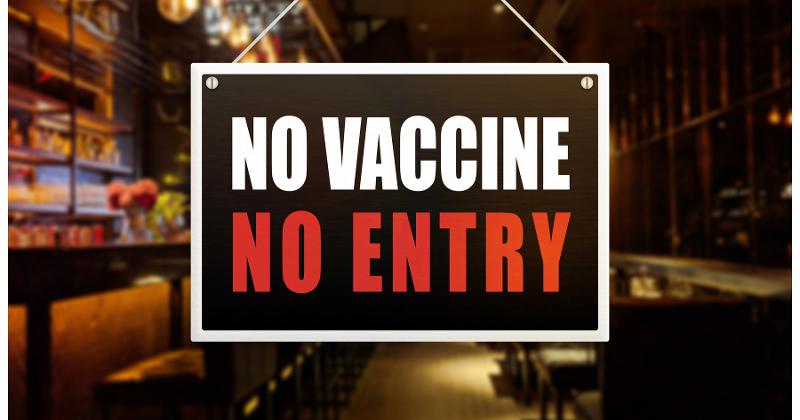 Sixty percent of restaurants in San Francisco have lost business since the city limited dine-in service to customers who can prove they’ve been vaccinated against COVID-19, according to a survey by a local trade group, the Golden Gate Restaurant Association.

The findings suggest that would-be patrons are staying home more often, though it is unclear if that behavior has been triggered by the vaccine requirement or the surge in coronavirus infections that led to its adoption. Nearly three-fourths (73%) of the surveyed operators said they offer outside seating, where customers can sit regardless of their vaccination status.

Proof of inoculations is also not required when patrons pick up to-go orders, and the issue is moot with delivery. Yet 3 of 5 respondents said their overall business was down.

The restaurant association noted that business levels could have also been affected by weather or seasonality.

Not everyone has seen an erosion. Fifteen percent of operators said they’ve had an increase in business since the mandate was adopted on Aug. 20, and 25% said their sales were unchanged.

The requirement has generated few operational problems, according to the survey. Nearly 4 out of 5 respondents indicated they’ve encountered little friction in checking guests’ credentials, though a majority indicated that the process has not been conflict-free.

Rather, 52% reported having a run-in at least once with a customer over the mandate, and 29% said they’ve dealt with multiple flare-ups.

The survey may be the first piece of research that shows the effects of a vaccination mandate on local restaurants. It was released as the list of jurisdictions adopting a proof-of-inoculation requirement continues to grow.

A mandate went into effect Wednesday in Contra Costa County, a region just northeast of San Francisco, and the City Council of West Hollywood, Calif., approved a measure that will require proof of vaccination starting Oct. 11.

The list of cities with the safety protocol now in place includes Seattle, New Orleans, New York and Philadelphia.