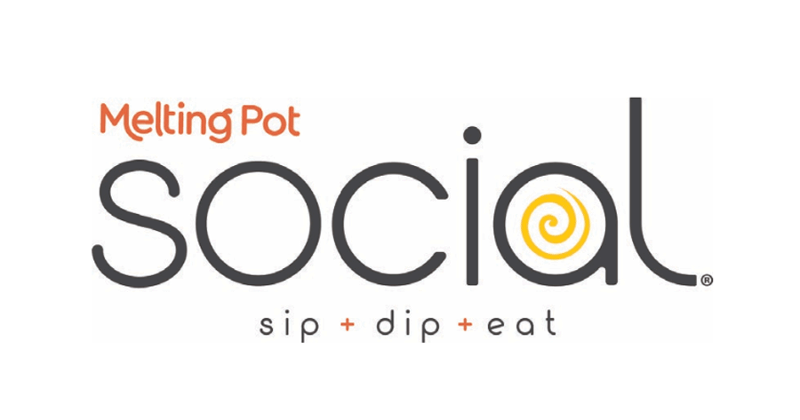 The Melting Pot fondue chain has begun development of a new concept it describes as “flex-casual,” making it the latest full-service chain to try a blend of fast-casual and full-service elements.

Called Melting Pot Social, the new venture will feature menu and service options that go beyond the typical offerings of a Melting Pot. Included will be what the chain calls “quick bites,” or items available for a less-leisurely lunch than a pot of fondue might allow. In addition to customizable chocolate and cheese fondues, the menu will include such items as melt-style sandwiches, flatbreads and salads, according to the announcement from Melting Pot’s parent and franchisor, Front Burner.

The announcement suggests that the bar will be a showcased element of the new concept, with a selection of craft cocktails to facilitate what Front Burner calls “casual meetups,” or the social interaction that has long been part of the Melting Pot concept. The mother brand specializes in fondues shared by a party at a leisurely pace.

The chain developed a Melting Pot To-Go menu earlier this year, which the franchisor says has been very successful.

Melting Pot has been experimenting with a variety of designs in recent years to become more of an everyday destination.

The Melting Pot Social riff is the latest example of a restaurant brand hoping to capture the best of two market sectors by melding casual-dining and fast-casual elements. Buffalo Wings & Rings, an 80-unit casual-dining chain, recently unveiled a new design that features a Beer Me self-service bar area where customers can help themselves to tap beers. Patrons can also opt for traditional table service or self-ordering from a table via digital devices. A valet station outside provides curbside pickup for both consumers and third-party delivery drivers.

The first Melting Pot Social is expected to open next spring in Asheville, N.C.