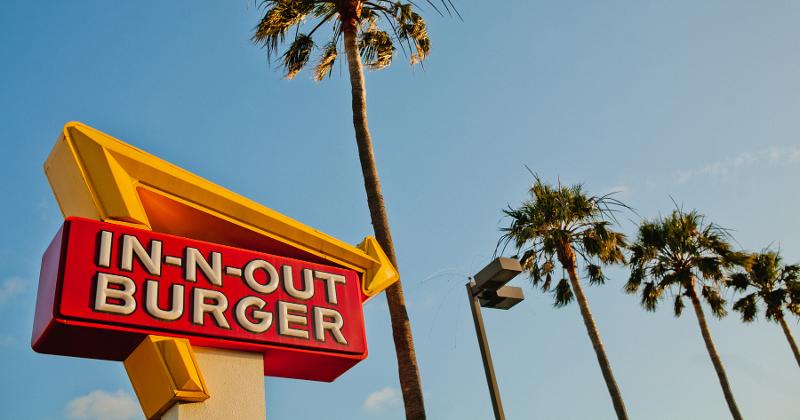 Don’t count on an In-N-Out in Florida anytime soon.

The venerable burger chain, which has been making noise about vaccine requirements in some communities in its home state of California, said that it has no plans to either expand in Florida or move its corporate headquarters to the state.

That came after news emerged that its president, Lynsi Snyder-Ellingson, held a meeting with Florida Gov. Ron DeSantis, whose office called the meeting “productive” and suggested the chain could move across the country.

“On Monday, Nov. 8, In-N-Out Burger President Lynsi Snyder-Ellingson had a phone call with Florida governor Ron DeSantis,” Arnie Wensinger, In-N-Out Burger’s chief legal and business officer, said in a statement. “The phone call was at the request of Gov. DeSantis and the primary purpose was to establish a business relationship. During that call, Gov. DeSantis graciously invited In-N-Out to do business in the state of Florida.

“While we are thankful for the gracious invitation, In-N-Out Burger has no plans or intention to expand operations or move its corporate headquarters to Florida.”

The typically quiet In-N-Out has taken a rare public stand over some vaccine requirements in California. The company had its location in San Francisco temporarily closed after refusing to have employees ask dine-in customers for their vaccination status. It later reopened it with no in-store seating, something most other fast-food chains in the market had already done.

It then closed dining rooms in five locations in nearby Contra Costa County after officials there temporarily closed a location for not complying with its requirement.

“We refuse to become the vaccination police for any government,” Wensinger said in a statement in both situations.

DeSantis, whose state has been exchanging shots with California over their differing approaches to the pandemic, took the opportunity to highlight those differences by publicizing the meeting.

His office revealed details of the meeting to local media, calling it “productive” and indicating that the discussions were “prompted” by the temporary closures. Comments from the governor’s office suggested that the supply chain was the only barrier between In-N-Out and an East Coast expansion.

Companies routinely become political footballs and it’s common for mayors, governors and other politicians to push for corporate headquarters, sometimes over differences in political views. And it’s certainly common for them to push for the expansion of restaurant chains into their state.

Yet there is some risk for In-N-Out if it’s seen as taking a side during a time of intense political polarization—though the evidence is generally mixed on whether such stands end up costing a company sales.

At the same time, it highlights where many restaurant companies stand on vaccinations. Many operators argue that they should not be the ones who monitor whether people are inoculated or not, though it's worth noting that the Golden Gate Restaurant Association backed San Francisco's vaccination mandate.

In any event, an In-N-Out move, or expansion, would have run contrary to the chain’s typically moderate unit growth restricted to contiguous states. Despite its popularity, the 361-unit chain has averaged just 3.7% annual unit growth. Its restaurants are concentrated in nine states, the furthest east being Texas.