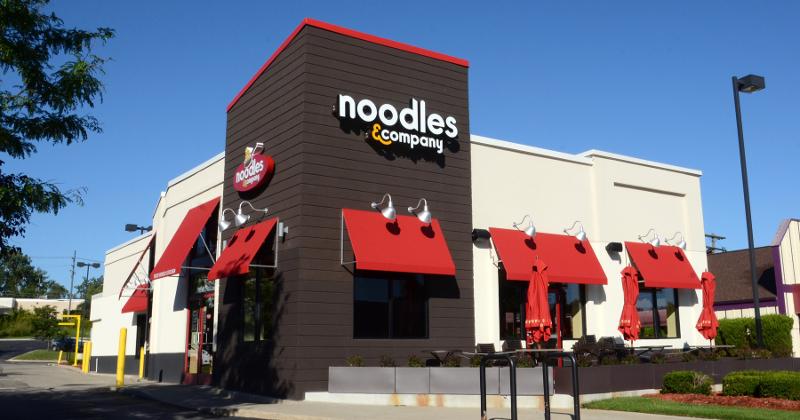 Noodles & Company is taking another 3% price increase starting next week, executives from the fast casual revealed during a call with analysts late Tuesday.

That’s on top of a 2.5% price hike taken earlier this year. And a roughly 17% pricing premium imposed on orders fulfilled via third-party delivery.

“We don’t necessarily have plans to revisit pricing and to have further price increases during the balance of this year,” Noodles CEO Dave Boenighausen said. “But we do feel that we have left, we have some dry powder left, that we still have … pricing flexibility if we need to flex it. But we don’t expect to.”

The higher menu prices are designed to offset rising commodity prices, overall inflation and the high cost of to-go packaging, which is also being used for in-restaurant dining currently.

For the quarter ended June 29, the Broomfield, Colo.-based fast-casual posted a same-store sales increase of 56.8% over last year or 8.3% on a two-year basis, suggesting the chain has largely recovered from the worst of the pandemic.

Noodles has long talked about returning to aggressive unit growth and that plan finally appears to be becoming a reality—though those openings will be “backloaded,” Boenighausen warned.

For Q2, Noodles opened two company-owned restaurants and one franchised one, ending the quarter with 451 locations.

Going forward, about 70% of all new units will include order ahead drive-thru windows.

“The pipeline itself is getting full very quickly,” he said. “What we are seeing that’s a little bit unique versus prior years is the inflation that you’re seeing in lumber, the availability of steel and other raw materials. We are seeing the timeline from when we approve a deal and start working on the lease to when we actually get delivered the site has been longer than what we have traditionally seen.”

The company predicts it will open 10 to 15 new restaurants this year, with plans for 10% unit growth in 2023 and beyond.

A potential runway for Noodles exists in ghost kitchens, Boenighausen said. During Q2, the chain opened its first delivery-only operation in a dense, residential area of Chicago, with another scheduled to open in San Jose later this year.

Ghost kitchens allow Noodles to open a new location for less than $100,000.

“The ghost kitchen is allowing us to sharpen our digital marketing for an urban, delivery-focused landscape,” he said. “We’re learning ways to be more efficient throughout all of our labor and food operations.”

In-restaurant sales at Noodles have recovered to about 70% of pre-COVID levels, while the chain is retaining about 90% of the digital sales gains made during the pandemic. Digital sales in Q2 accounted for 56% of all transactions. The chain’s rewards program has 3.8 million members.

“While we’ve made great progress, we continue to believe that we’re still in the early innings of more effectively utilizing our digital assets and data to better engage with our guests and develop deeper relationships and insights into their behavior,” Boenighausen said.