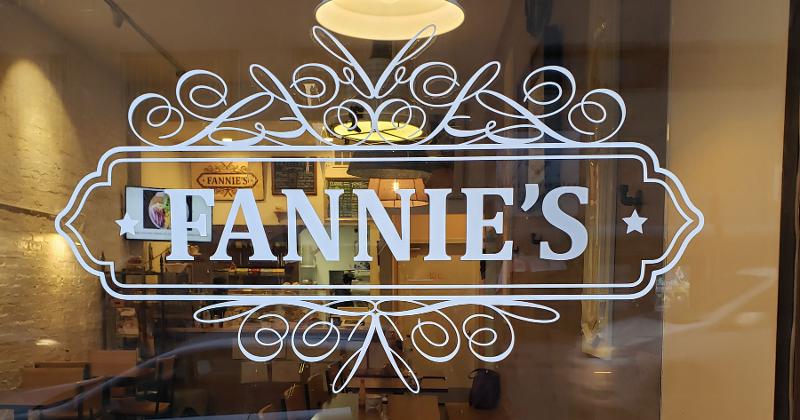 Stephanie Rybandt, who owns Fannie’s Cafe on Chicago’s far northwest side, saw the reports about how Mexican restaurants got hammered on Cinco de Mayo this year. She vowed not to let that kind of chaos happen at her 20-seat bakery-cafe on Mother’s Day, putting in extra planning and preparation.

Rybandt showed up at her kitchen at 5 a.m. Sunday, hours before customers were due to pick up preorders that had been placed via her new online ordering platform—a system she’d just recently put in place to deal with the impacts of the coronavirus on her small business.

Orders had come in overnight, with customers expecting to pick up Mother’s Day biscuit sandwiches, pancakes, eggs and more at 8:30 a.m. That was on top of the dozens of orders that had already been placed.

She immediately texted, apologetically, her entire staff of 10 to come in ASAP.

“Then you have people ordering for regular pickup on top of the advance tickets,” Rybandt said. “We were trying to call or text customers. People were ordering for delivery, but DoorDash wasn’t getting the messages. We were having drivers show up and be pissed off. Our phone was ringing constantly. We were trying to call customers, but we were also answering the phone.”

Rybandt said she felt terrible that some customers ended up waiting more than 90 minutes for their orders.

Around the country, restaurants large and small felt the Mother’s Day crush. Many were not prepared for the onslaught of customers, most of whom were forced to order for pickup or delivery because of pandemic-related restrictions.

Video from an IHOP in South Florida shows a long line of customers waiting in the rain for their orders. An IHOP spokesperson did not immediately respond to a Restaurant Business request for comment on Mother’s Day operations.

In Pittsburgh, a Red Lobster parking lot was jammed with nearly 100 cars, including those of delivery drivers. City police arrived, and a store manager emerged from the restaurant to tell the group that all orders would be canceled, according to local media reports.

Video and reports outside of The Cheesecake Factory in West Nyack, N.Y., show a long line of cars and a crowd of people waiting for orders, many of which arrived nearly two hours' late.

Big Boy restaurants in Michigan and Ohio reported Mother’s Day sales 92% above sales the previous Sunday, with average checks about 15% higher than normal, according to Jon Maurer, vice president of marketing.

“I expected it to be busy. I never expected this," owner April Arellano told a local reporter. "I'm so happy so many people came out to support the Constitution and stand up for what is right. We did our time. We did our two weeks. We did more than two weeks … and we were failing. We had to do something.”

Kathy Thorpe, who owns Pasta Faire and Francesco’s Ristorante in Marion County, Fla., said she has been in the restaurant industry for more than 30 years, and this Mother’s Day was the most challenging ever.

“We busted our butts, we tried our hardest, we made mistakes,” Thorpe said. “Hopefully we will learn from this all and come out stronger. In the future, for my restaurants, if we stay in this takeout world, busy holidays will require smaller menus. And [we] must ensure same menus through all platforms, delivery services and online as well.”

For Rybandt, her first task Monday morning was to send an email to her online ordering platform vendor to find out how to avoid having 30 people place to-go orders for the same time.

She’ll be holding postmortems with her staff this week and is looking at repurposing her dining room to better prep bags and containers for to-go orders.

“It’s the ultimate feast or famine,” she said. “We’re trying to give our best when the business is there, so they remember us. We just got buried.”