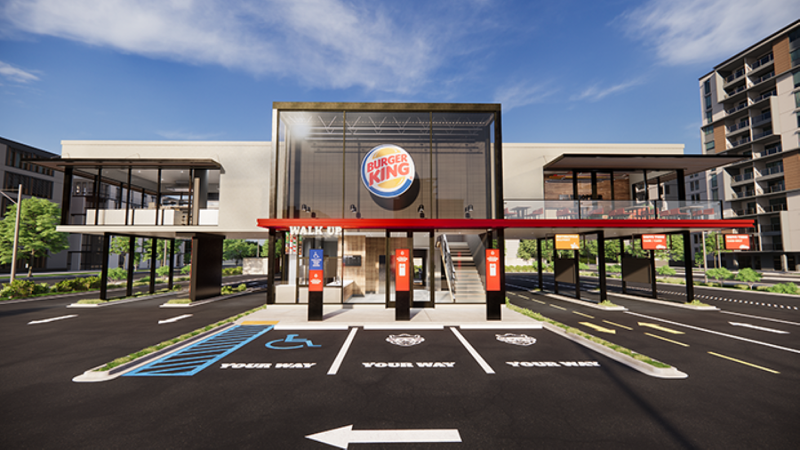 The owner of Burger King, Popeyes and Tim Hortons wants to cut all emissions by 2050./Image courtesy of Restaurant Brands International.

Restaurant Brands International on Wednesday vowed to cut in half the emissions from its three big fast-food chains by 2030—and promised to cut them completely by the midpoint of this century.

The Toronto-based operator of Burger King, Popeyes and Tim Hortons said it planned to use a combination of practical strategies and long-term efforts to cut back on the emissions coming from its restaurants.

Those practical efforts could include things like replacing its gas-powered cars with electric starting next year and changing its future restaurant prototypes to be greener.

The company could also, however, work with beef and other protein suppliers on ways to cut emissions from cattle.

“This is something we should do from a business standpoint given the size and scale we have as a business around the globe,” CEO Jose Cil said in an interview. He said this effort was “led by the brands.”

“They see this as a driver of engagement in each of the markets they operate,” Cil said.

To the companies, such efforts are increasingly viewed as table stakes given demands from consumers, particularly younger consumers and those in many international markets where the chains’ growth is most acute.

And many companies’ own workforces are pushing for this. Cil said the company began to take this seriously based on feedback from employees and customers. “It’s important to look at this as a driver of talent acquisition and consumer engagement,” he said.

Fulton also said the company would redesign its restaurant standards to be greener, so operators who remodel restaurants every decade will add features that cut back on emissions.

It won’t be much different than when franchisees remodel a unit that features new consumer-facing technology. “We do those things and everyone says it’s a totally natural evolution,” Fulton said. “But when we talk about improving your fridge so it uses less energy people are like, ‘What is this crazy science?’ But it’s a natural evolution in business design.”

The more challenging effort will be convincing suppliers, and then ranchers, to adopt practices that cut back on emissions from cattle.

“There’s the easy, changing over our vehicles starting next year, and then the hard, which is working with the biggest beef suppliers in the world and hundreds of thousands of beef ranchers,” Fulton said.

Cil noted that the effort could provide opportunities to work with the company’s competitors and other industries, to push the supply chain in this direction. “Restaurants and retail together can have a big impact,” Cil said. “There’s definitely an opportunity to collaborate.”