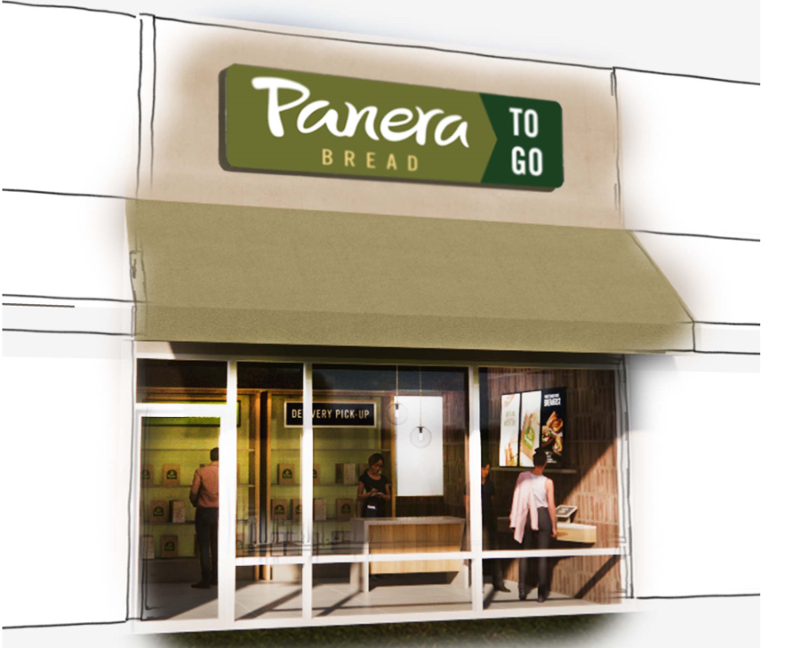 The first Panera To Go opened on Chicago’s North Side on May 13, with others planned in California and Washington, D.C.

The restaurants have no dining room, but they do have shelves for delivery drivers and customers to pick up orders.

Panera’s to-go stores will be located in densely populated areas where the chain has not operated in the past, the St. Louis-based company said.

“We strive to make it easy for our guests to access Panera’s chef-curated menu, in the most convenient way,” Eduardo Luz, chief brand and concept officer, said in a statement. “Panera To Go creates yet another access point for our guests.”

Panera, which has more than 2,110 locations in 48 states and Canada, is experimenting with a number of different store formats.

The chain operates five ghost kitchens, with more planned, which differ from the new Panera To Go stores in that customers are not allowed inside the delivery-only kitchens.

As of the end of last year, 44% of Panera’s restaurants included a drive-thru. Panera is currently rolling out a double drive-thru prototype that includes one order-ahead, pick-up lane.

The chain said that 81% of its sales at the end of last year were made via one of Panera’s off-premise channels, including delivery, drive-thru, catering and order ahead-pick-up.

“We are already leaders in providing our guest with an exceptional digital experience and adapted our digital channels to provide our guest even more options in the Panera To Go format,” Chief Digital Officer George Hanson said in a statement.

With its first to-go location, Panera joins a growing number of limited-service restaurant chains that are ditching dining rooms to serve a post-pandemic consumer who became accustomed to takeout and delivery.

Taco Bell this week unveiled its new “Defy” prototype that has no indoor seating, but does include four drive-thru lanes and a vertical lift system for orders.

Portillo’s has said it is seeing very strong early results from its drive-thru-only restaurant, which might influence the chain’s future development. And brands including Schlotzsky’s, Wingstop, Chipotle Mexican Grill, Jimmy John’s and Tim Hortons have either opened or plan to open restaurants without any seating.