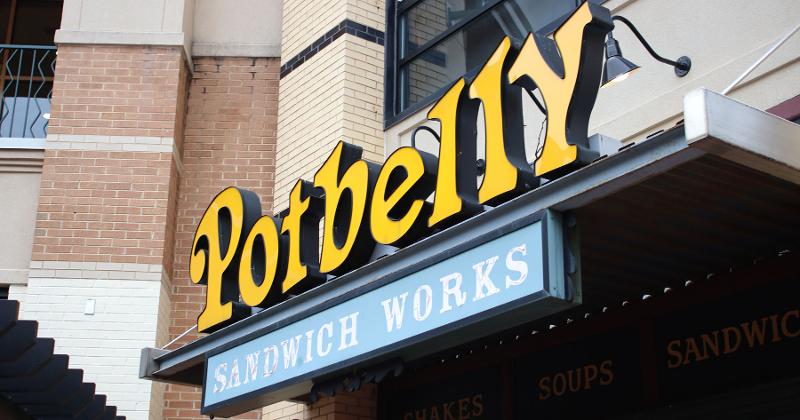 Potbelly Corp. is considering closing “up to 100 shops permanently” after seeing same-store sales plummet as much as 68% during the coronavirus crisis, the fast-casual chain announced late Tuesday.

The Chicago-based chain, which had 427 company-owned units and 46 franchised stores as of March 29, previously warned that it is in danger of breaching covenants in its lending agreement.

In March, the struggling sandwich brand temporarily closed 36 company-operated units, furloughed a third of all corporate employees and cut salaries for all executives and corporate workers by 25%. It will not open any new stores in 2020.

“All of these decisions were necessary and painful,” Johnson said.

On Monday, Potbelly named David Near and Todd Smith to its board of directors as part of an agreement with a coalition of activist shareholders led by Vann A. Avedisian Trust.

The chain has been the target of a number of activist shareholders in recent years, including Ancora Advisors and 180 Degree Capital Corp.

It reported total revenues of $87.6 million for the quarter ended March 29, compared to $98.1 million over the same period last year. Same-store sales dropped 10.1% for the quarter. In the first week of May, sales were down 45%.

In March, the chain drew down its $40 million credit facility. The company also received a $10 million Paycheck Protection Program loan but later returned the funds amid controversy over publicly traded companies receiving such loans.

With its dining rooms closed, the sandwich brand has started selling pantry staples and family meals and is offering curbside pickup.