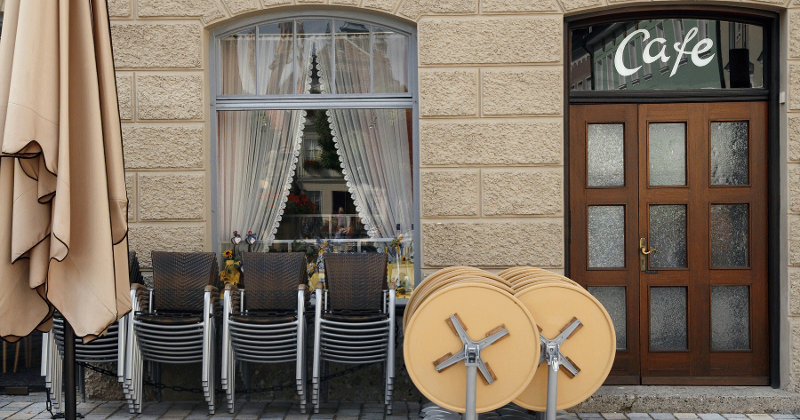 Restaurant sales fell 34% below usual levels in August after dropping by $165 billion during the first five months of the pandemic, keeping the industry on pace to forgo $240 billion in sales during 2020 because of COVID-19, according to a just-released business update from the National Restaurant Association (NRA).

About 60% of the restaurateurs surveyed by the association say their operating costs have not contracted by an equal amount, leading the trade group to project that 100,000 eating places will close this year.

The research indicates that restaurant employees are sharing in the pain. Even with dining rooms at least partially reopened in most areas of the country, the industry is employing only 71% of its pre-pandemic workforce, with nearly 3 million former staff members still on the sidelines, the NRA found.

Two out of 5 respondents (40%) said they’ll likely be on the casualty list within the next six months if they’re not provided with new assistance from the federal government.

The results were released as Democrats and Republicans bicker in Congress about a new aid package. A $3 trillion relief measure, known as the Heroes Act, has already been approved by the Democrat-controlled House of Representatives. The Republican-dominated Senate aired a measure last week that called for about $300 billion in general relief for citizens, businesses and municipalities, but the so-called skinny bill did not muster sufficient support from Democrats.

“This survey reminds us that independent owners and small franchisees don’t have time on their side,” Sean Kennedy, the NRA’s EVP of public affairs, said in a statement. “The  ongoing disruptions and uncertainty make it impossible for these owners to plan for next week, much less next year.”

The National Restaurant Association, the Independent Restaurant Coalition and other trade groups are pushing an alternative measure called the Restaurants Act, which calls for pumping $120 billion of aid and stimulus dollars into the industry.

“Congress is about to leave Washington for the elections–we need them to focus on the short-term, basic solutions that have secured bipartisan support and passed one or both chambers.,” Kennedy said.