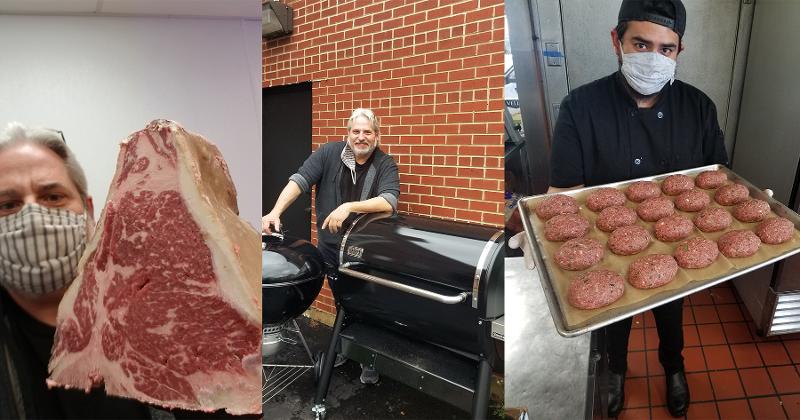 Jurisdictions that have yet to allow the reopening of restaurant dining rooms are bowing to pressure for outdoor seating to be okayed as an alternative way of providing on-premise service—an option consumers perceive as far safer than eating inside.

Thursday alone, outdoor restaurant dining was given the green light in San Francisco, Chicago and North Carolina—in the latter instance, in direct contradiction to a standing executive order from Gov. Roy Cooper. Under the bill passed by both chambers of the state legislature, restaurants there will be able to provide outdoor seating for 100 people or 50% of their dining room capacities, whichever is lower.

Also Thursday, the New York City Council introduced legislation allowing restaurants to set up café-style open-air seating after intense lobbying by the local hospitality industry. Widely expected to pass, the measure would permit operators to set up tables and chairs on sidewalks, closed streets, pedestrian plazas or any other outdoor space already zoned for al fresco dining, along with privately-owned open parking lots. It also establishes a streamlined process for securing the necessary permits. Under a separate bill that Mayor Bill de Blasio signed into law on Tuesday, the restaurants will not be charged the usual usage fees by the city, which typically amount to several thousand dollars per season.

Dine-in service is not expected to resume even at a reduced capacity in New York City for weeks, and possibly as late as September.

San Francisco is similarly waiving sidewalk fees and speeding the permitting process. Mayor London Breed announced that outdoor dining could begin on June 15 unless local coronavirus inspections should spike in the meantime. She indicated that dining rooms will not be okayed to reopen, even at limited capacity, until July or August. City Hall is expected to release guidelines for providing outdoor dining in the next few days.

Minneapolis said Tuesday that it intends to issue temporary outdoor dining permits to restaurants that want to provide on-premise service. Places can seat up to 50 diners outside starting Monday. The nearby cities of Bloomington and St. Louis Park are also expected to streamline the process for opening outdoor dining areas.

Chicago Mayor Lori Lightfoot said Thursday that restaurants in her city could offer outdoor dining as of next Wednesday, June 3. The rules announced by the mayor include a provision that indoor seating can be regarded as outdoor space if at least half of one wall can be opened or removed. The stipulation would apply to places that have a garage-door-style opening or large removable windows.

Illinois Gov. Jay Pritzker had okayed restaurants elsewhere in the state to resume outdoor seating as of today. Lightfoot had initially said she would not permit restaurants to resume dine-in service in Chicago, one of the nation’s coronovirus hot spots, but reversed herself yesterday. She does not intend to permit indoor dining for several weeks. The state’s restaurant industry has been pushing Pritzker and Lightfoot to hasten the reopening of dining rooms, saying they cannot continue to rely solely on takeout and delivery.

Virtually all of the outdoor dining go-aheads include capacity limitations and require that social-distancing protocols be followed. Tables must be at least 6 feet apart, party sizes are limited and masks are required of both guests and staff in some instances.

Many also apply to bars, brewpubs and other alcohol-depend places that have largely been excluded from the limited reopening of interior spaces to date.

The George Trois Group in Winnetka, Ill., for instance, plans to turn its patio into a scaled-down but full-service restaurant beginning next Friday, June 5. Chef Michael Lachowicz intends to continue selling to-go meals and meal kits after the exterior space is put into use as an open-air dining room.

Many of the states that have allowed the partial reopening of restaurant dining rooms have also okayed outdoor service, but that additional seating usually falls under the mandated capacity caps, typically set at 25% or 50%. Chain outlets in early reopening states such as Georgia, Texas and Florida have seen their sales climb 10% to 20% above the mean of comparable places elsewhere after resuming dine-in service, according to Black Box Intelligence. Some operators have indicated that they intend to sit out the re-openings until more capacity is permitted and consumers show they’re comfortable about dining out again.

New research suggests the public may reach that confidence point more quickly with outdoor dining. The data shows that 77% of consumers feel very or somewhat safe about eating in a restaurant’s outdoor area, compared with only 44% who said the same about dining inside. In addition, the market research service firm 1Q found in its survey that 48% of respondents cited outdoor seating as the element that would make them feel safest about dining out again. Forty-seven percent cited face masks and gloves as the cues that would allay their fears of contracting coronavirus.

One "of the reasons for pursuing an outdoor strategy to begin with is that’s an an easier and simpler way for someone to reintroduce themselves to dining," Massachusetts Gov. Charlie Baker said Friday in announcing that restaurants within his state could be cleared to offer outdoor dining as soon as June 8.

Overall, 52% of the consumers participating in the 1Q study said they were very or somewhat excited about dining on-premise again.