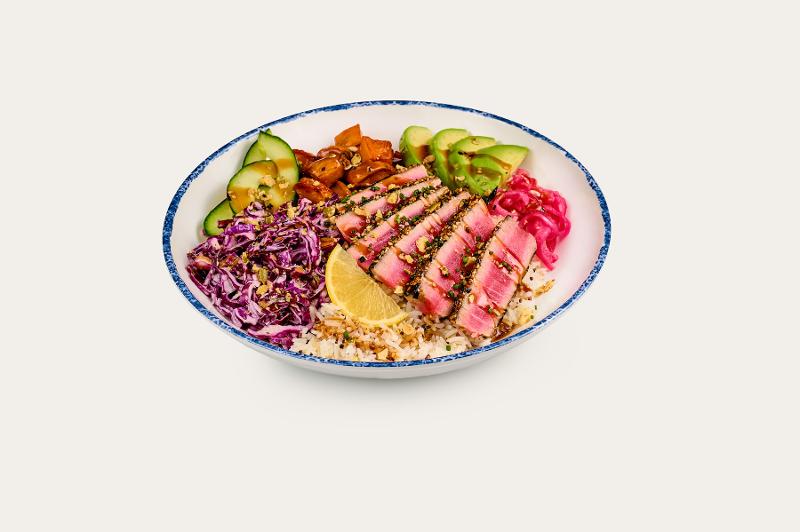 The seared tuna bowl with sesame soy sauce./Photo courtesy of The Culinary Edge.

About five months after the brand was acquired by Mac Haik Enterprises, Slapfish is about to start testing an overhaul designed to give guests more options while also simplifying the menu.

Founded in 2011 by chef Andrew Gruel, initially out of a food truck in Southern California, the Slapfish concept has long had the tagline of being a “modern seafood shack,” known for chef-driven dishes like lobster rolls, an Epic Shrimp Burrito and a “clobster” grilled cheese sandwich with crab and lobster. Gruel exited the concept as a result of the acquisition by Houston-based Mac Haik Enterprises, which is also an investor in First Watch, the Original ChopShop and Bellagreen.

Anfinson said the new ownership group set out to look for ways to streamline operations and simplify recipes, while still amplifying the brand’s flavor profiles.

“We wanted seafood to be an everyday choice for people,” he said.

The biggest change to be tested is a shift to a “choose your own voyage” format—and, yes, the seafaring puns to follow are all intended.

Guests will be able to select their protein first, grilled or crispy, including various options such as salmon, cod, mahi mahi, seared tuna and shrimp. To eliminate the veto vote, the test will add chicken and plant-based shrimp to the options.

Next, guests pick their format: salad, bowl, sandwich or tacos.

And then guests can select a sauce, including options like chimichurri, sriracha honey lime, sesame soy, Greek yogurt ranch or the signature Slap sauce.

“You can come in for a seven-day work week and get the same item, but built differently, and have a different flavor experience every time you do it,” Anfinson said

Several flagship menu items will also remain on the test menu, including the lobster rolls and grilled cheese. 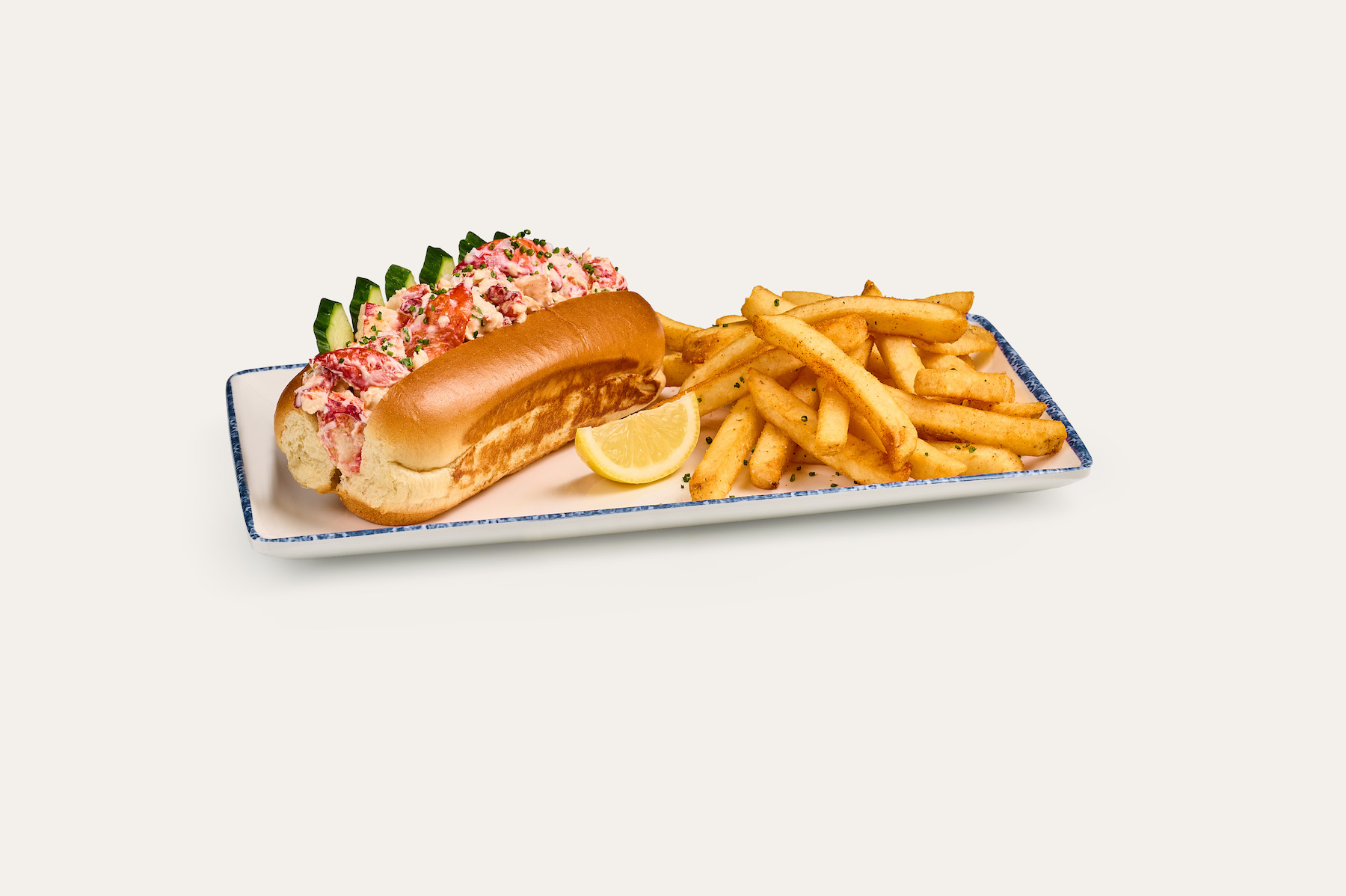 The cold lobster roll with fries./Photo courtesy of The Culinary Edge.

Pricing will be based on a barbell model, with lower entry points around $10.95 for a chicken option, as well as dishes in the middle range around $16. On the higher end will be some flagship items like the lobster roll.

Anfinson said The Culinary Edge worked hard to protect the chef-created aspects of Slapfish’s menu, while still putting guests in the driver’s seat.

“A lot of people truly love to be in the driver’s seat, especially from the value perspective,” he said. “When they’re spending their money, they want to be in charge of where it goes.”

Graham Humphreys, CEO of The Culinary Edge, said it’s important to keep flagship dishes on the menu alongside customizable options, even though most people will end up choosing the build-your-own journey.

“Flagships make a statement about your brand. They excite appetites, and they bring people in,” Humphreys said.

Fundamentally, he said, the choose-your-voyage format allowed them to do more with less.

In terms of branding, Humphreys said the test will also transform Slapfish’s more East Coast,  Maine-inspired vibe to something more global. The tagline will shift from “modern seafood shack” to “coastal seafood kitchen,” which implies a more healthful positioning, he said.

The new menu and branding will be tested for about six months before the company makes any decisions about roll out, said Anfinson.

Slapfish has 19 units, of which 11 are company owned, in eight states.