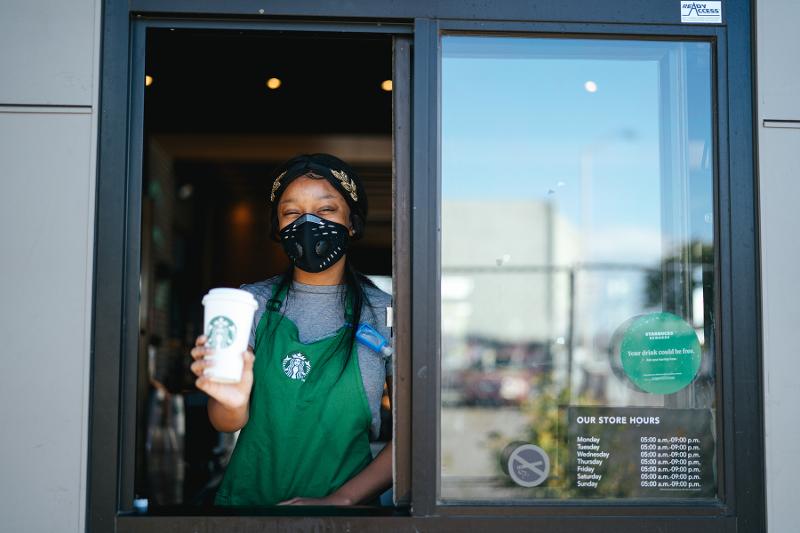 Starbucks said last week that it would comply with a federal vaccine mandate, telling its U.S. employees that they would need to get vaccinated by Feb. 9 or get tested for COVID-19 weekly before they can begin working.

The company stopped short of requiring vaccinations, but employees will be the ones responsible for paying for tests approved by the U.S. Occupational Safety and Health Administration, or OSHA.

The move comes despite uncertainty about the mandate and whether it will survive a court challenge. President Biden’s vaccine mandate, which was initially set to become effective this month, is expected to go before the U.S. Supreme Court, which is expected to decide on its constitutionality.

The mandate requires that employers with 100 or more workers will need to either ensure their workers are vaccinated or require weekly tests.

Restaurant companies have thus far been reluctant to require vaccinations, though some have taken steps such as bonuses to get workers to get their shots. Operators worry that such a requirement would leave them without employees at a time when labor shortages are resulting in shortened hours and store closures.

At the same time, a renewed surge of coronavirus infections brought about by a combination of the more virulent omicron variant and holiday gatherings has put even more pressure on operators. U.S. infections are now at their highest rate of the pandemic. More than 1 million people were reported to have been infected on Monday, according to the New York Times—by far the highest rate since the pandemic took hold here in March 2020.

Infections have led to numerous reported closures of restaurants in several cities across the country, as workers stay home sick, leaving restaurants without enough staff to maintain operations.

While Starbucks is requiring workers to fund their own tests, other companies like McDonald’s are providing rapid tests for their employees. Starbucks will pay workers for up to five days of missed shifts twice during the quarter. The company said workers who are symptomatic can return to work after five days provided they have a negative test.