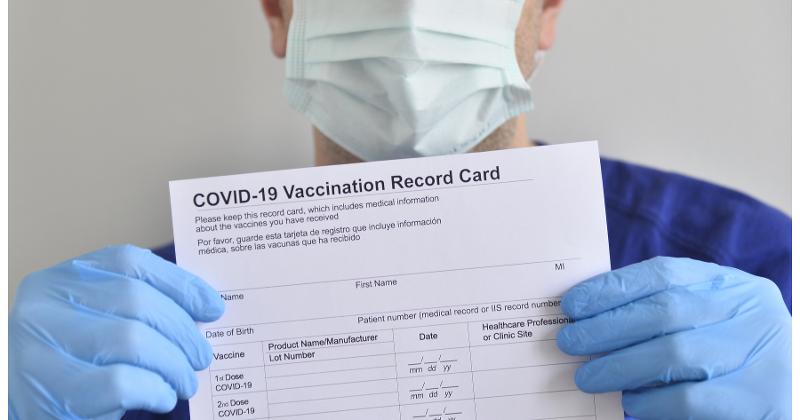 The Biden administration said it would push back enforcement of the president’s employee vaccine mandate until Jan. 10 to provide employers with more preparation time now that a federal court has okayed the legality of the historic measure.

The U.S. Department of Labor said it would hold off even longer on policing the other means of abiding by the emergency decree. Employees who decline to be inoculated against COVID-19 can keep their jobs by providing proof they’ve tested negative for the ailment within the prior week. The Occupational Health & Safety Administration (OSHA) will not start to enforce that component until Feb. 9 instead of the original start date of Jan. 4.

Restaurateurs and other employers had voiced fears that the loss of those workers would aggravate a dire labor shortage that is already  cutting significantly into the industry’s recovery from the pandemic. Now employees will have an additional six days to roll up their sleeves for immunization, and they can remain on the payroll another five weeks if they decline both the vaccines and weekly testing.

However, the rollback of the testing deadline will be waived if an employer does not exhibit “good faith efforts to come into compliance with the standard,” the Labor Department said.

The department provided the breathing room after a U.S. Court of Appeals for the Sixth Circuit reversed on Friday another court’s stay on implementing and enforcing the two-option safety measure.  President Biden proposed the measure—technically an Emergency Temporary Standard to be issued by OSHA—on Sept. 9. Immediately, the measure was challenged in several courts by more than 30 state attorneys general, trade associations and at least one restaurant operator. They argued that the vaccine-or-test mandate exceeded the constitutional authority of the executive branch. They blasted it as an overreach by the White House.

Those challenges were consolidated into one case and assigned to the Sixth Circuit appeals court. It countermanded the other court’s stop on adoption, essentially ruling that OSHA had a right to impose and enforce such a standard under the legislation that created the workplace safety agency in 1971.

Already, some plaintiffs participating in the Sixth Circuit court case have indicated that they will appeal the go-ahead decision to a higher court. From the time Biden proposed the measure in a mid-afternoon address to the nation, legal observers have speculated that the constitutionality of the move will eventually be decided by the U.S. Supreme Court.

But in the meantime, the administration is proceeding with plans to enforce the measure. Critics have warned that failure to comply could cost an employer up to $10,000 in penalties.

“OSHA can now once again implement this vital workplace health standard, which will protect the health of workers by mitigating the spread of the unprecedented virus in the workplace,” the Labor Department, OSHA’s parent agency, said in a statement.