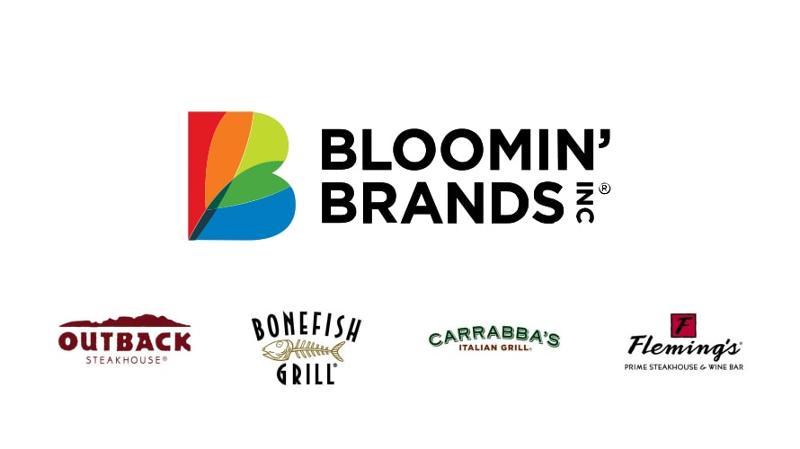 Outback Steakhouse parent Bloomin’ Brands has not furloughed any of its 90,000 employees, despite a 31% drop in same-store sales across its four casual-dining brands during the COVID-19 pandemic, the company said Thursday.

Bloomin’ said it has been able to keep virtually all of its restaurants open because of strong takeout and delivery sales. CEO Dave Deno revealed that off-premise business has tripled since early March, before the pandemic shut down dining rooms across the country.

“This is a testament to the strong affinity for our brands, and our decision to invest significantly into building a robust delivery network to complement our takeout business,” Deno said in a statement.

Before the pandemic hit, Bloomin’ had developed a hybrid delivery network that involved the transport of meals both by employees and third-party services.

Units of Outback, Bloomin’s biggest brand, were generating a weekly average of $33,161 in takeout and delivery sales as of April 12, compared with a per-unit mean of $12,674 for the week ended March 1.

Outback’s same-store sales for the week were down 52.2%, an improvement from the 63.5% decline logged for the week ended March 29.

Keeping all employees on staff has become a rarity for casual-dining operators during the pandemic. The Cheesecake Factory, for instance, said it has furloughed 41,000 employees. BJ’s Restaurants laid off 16,000. A number of brands have temporarily shut all of their restaurants and let go of virtually all employees, as least for the time being.

At Bloomin’, employees who lost hours or shifts because sit-down service was suspended have continued to draw a paycheck from a four-week emergency fund set up by the company.

The affected employees have also been offered a free to-go meal from their restaurants.

“We hope to be able to continue providing these benefits and will reassess our ability to do so every two weeks,” Deno said.

Sales figures released by Bloomin’ indicate that the company has also broken from the pattern evident in casual dining of higher-end brands having a more difficult time than less expensive ones. Fleming’s Prime Steakhouse & Wine Bar, the company’s polished steak operation, was generating average off-premise sales of $28,077 per unit as of the week ended April 12. That compares with average means of $18,696 and $25,377, respectively, for Bloomin’s Bonefish Grill and Carrabba’s Italian Grill brands.

Fleming’s comps for the week were down 55.9%, compared with declines of 68.2% and 53% for Bonefish and Carrabba’s, respectively.

Deno noted that Bloomin’ currently has about $304 million in cash on hand. He said the company’s current burn rate is running from $8 million to $10 million per week.