Sweetgreen, known for serving up customizable salads to urban cubicle dwellers, is debuting its first restaurant with a tech-enabled drive-thru this winter, the fast-casual chain said Wednesday.

The chain has dubbed it a “drive-in” and it is slated to open in Highlands Ranch, Colo., a bedroom community southwest of Denver, with a “dedicated concierge” for in-car ordering as well as a pull-thru lane for digital order pickup. The restaurant design, unlike some others being plotted by chains in the COVID era, does include a dining room. The new location seats 18 inside and 24 on a patio, according to a Sweetgreen spokeswoman. 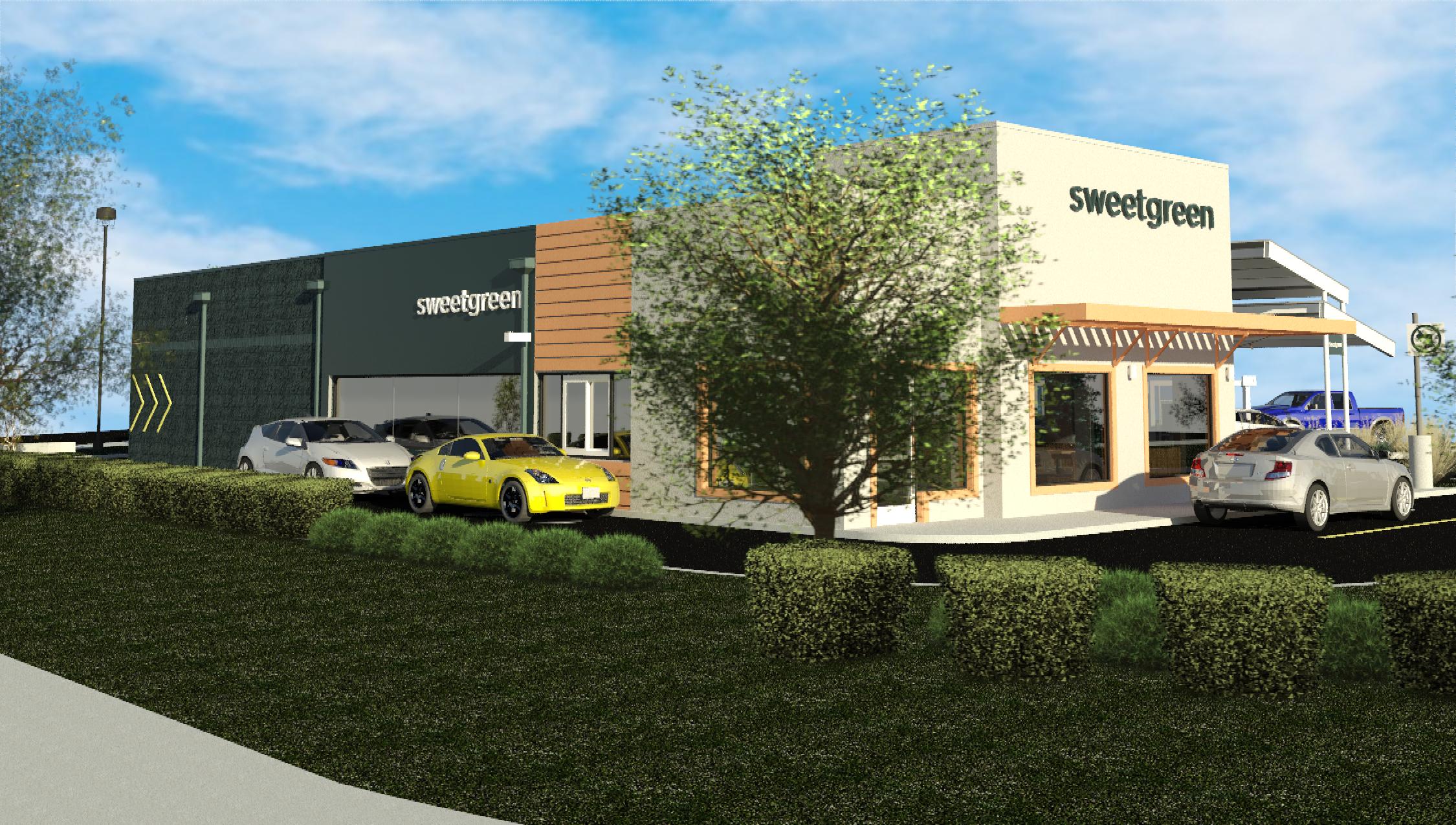 “The drive-in format is that next step for us into using tech to meet our guests where they are,” Sweetgreen said in a statement.

Sweetgreen is looking to build more drive-ins around the country, according to a spokeswoman.

Because the restaurant has no dining room, the design includes windows so customers can see the kitchen and prep space, as well as ivy-lined exterior walls.

Diners can choose to eat in their cars, sit on an outdoor patio or dine inside.

The solar panels, in addition to being sustainable, were designed with consumer perceptions in mind.

“Because the majority of the experience can occur without guests even stepping inside, we wanted to bring the story of transparency to the outside,” the chain said. “Solar panels were one way to do that.”

A number of fast-casual chains are reimagining their store designs for the COVID era. Shake Shack is planning to open its first drive-thru and has added curbside pickup and walkup windows. Chipotle Mexican Grill, an innovator in digital pickup drive-thrus, recently opened its first dining room-less “digital kitchen.”

Sweetgreen, a darling of investors that was valued at $1.6 billion a year ago, has struggled during the pandemic as downtown office workers were forced to retreat to their desks at home.

In October, the fast casual said it had laid off 20% of its corporate staff and created a two-year growth plan to navigate through the crisis. The Los Angeles-based chain’s development plan included store growth in “new communities,” as well as reduced menu and operational complexity, enhanced digital ordering and store-level leadership investments.

“The reality is many of our restaurants in dense urban areas, particularly in NYC, have yet to recover,” Sweetgreen CEO and co-founder Jonathan Neman wrote at the time. “We expect that this will be the case for the foreseeable future, but the one thing I’m absolutely sure of is that we’ll recover as people, as a business and as a community.”

UPDATE: This story and its headline have been updated from the original version. A Sweetgreen spokeswoman incorrectly informed Restaurant Business that this new store would not include a dining room. It will, in fact, have an indoor dining area.