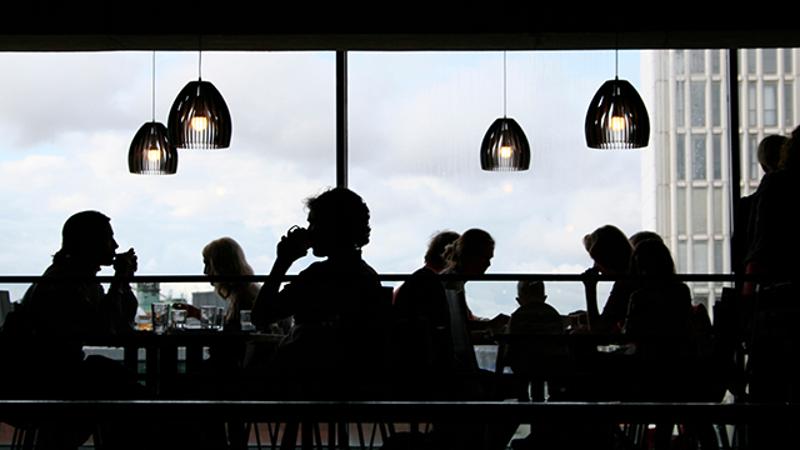 President Trump called today on all Americans to avoid eating in restaurants, bars and food courts as a way of slowing the spread of COVID-19.

His comments did not extend to takeout and delivery, following the pattern at least a dozen states have taken to force social distancing.

The president also asked citizens to forgo any gathering of more than 10 people. Dr. Deborah Birx, a member of the White House’s Coronavirus Task Force, said that cap should apply to at-home gatherings as well as public get-togethers.

The measures to enhance social distancing were milder than had been expected. Dr. Anthony Fauci had said as recently as yesterday that limitations on restaurant services could be part of the recommendations. Others with knowledge of negotiations said the group had also looked at a nationwide curfew.

The White House said the social-activity guidelines issued today included a line, "In states with evidence of community transmissions, restaurants should be closed." But the executive branch decided to hold off on forcing places to shut down or forego dine-in service.

Trump left open the possibility of imposing foced closings in areas where residents opt not to self-isolate and obey the voluntary restrictions on their socializing. But as for a national lockdown, “at this point, not nationwide,” the chief executive said.

Trump added that the public seems to be curbing their visits to restaurants already. “I wouldn’t say the restaurant business is booming,” the president said. “Self-containment is working.”

Lobbyists, journalists and other White House watchers said the president met with state governors and other stakeholders before he issued the guidelines. It was not clear if those discussions prompted the task force to temper its recommendations.

Avoiding restaurant visits would facilitate social distancing, a strategy that experts say was highly effective in helping China and South Korea slow the spread of COVID-19. France and Spain have both attempted to do likewise by requiring all eating and drinking places to shut down.

Those efforts were triggered in large part by the refusal of St. Patrick’s Day revelers to forgo their early partying this weekend. From coast to coast, public officials voiced alarm about the high turnout.

Many other jurisdictions have attempted to boost social distancing by imposing capacity limits on restaurants and bars, an approach the Centers for Disease Control and Prevention (CDC) has asked all businesses nationwide to adopt. The mandated caps usually limit the number of customers who can be accommodated at any given time to 250 or 100. The CDC has recommended a self-cap of 50 people.

Birx said the recommendation on gatherings had been lowered to 10 because a review of successful programs pegged that number at the point where risk drops exponentially. Many areas have set capacity limits on dine-in gatherings. Most started at 250 people, and have steadily dropped.

Washington, D.C., imposed new seating guidelines, including a limit of six patrons per table. Bar service was discontinued, and tables are required to be at least 6 feet apart.