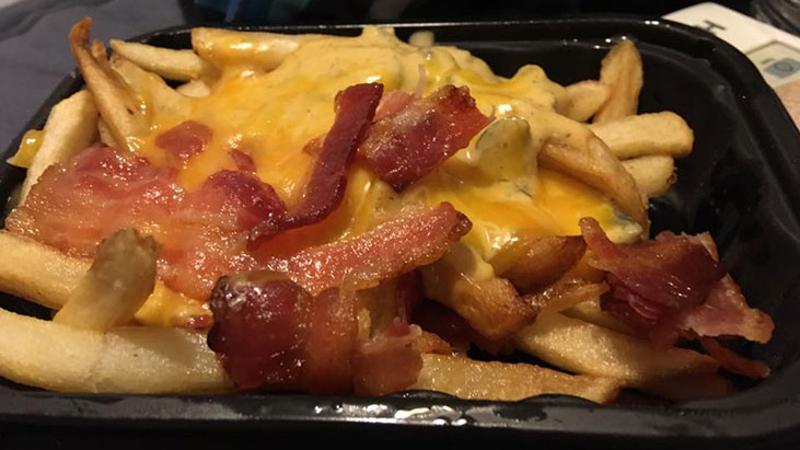 Several quick-service giants are betting they can turn molten cheese into gold with their latest new products.

McDonald’s has quietly started testing a shareable “basket” of French fries topped with cheese sauce and bacon. The dish sells for $3.99.

Archrival Wendy’s has just rolled out a limited-time offer of fries topped with queso and bacon. The queso is also available as a topping for a burger and a chicken sandwich.

Meanwhile, Chipotle has shocked its fan base, albeit pleasantly, by adding a queso dip to the menu of a New York City restaurant that’s been recast as a public test kitchen. The chain has long sworn that it would never adopt queso, despite a number of requests from customers, because of the perceived need to use additives as a softener.

CEO Steve Ells broke the news to employees yesterday that Chipotle had found a way to make a feasible queso without the use of preservatives, colorings and other additives. According to Eater.com, which said it intercepted a copy, Ells admitted the chain was losing customers to competitors that offered the spicy cheese condiment.

The brand’s reversal on queso became a fast-moving news item, spreading to such media as Fox News and Huffington Post.

McDonald’s has not revealed where it’s testing the new Loaded Bacon & Cheese Basket of Fries, but Delish.com reported the product was on the menus of units in southeast Ohio, parts of Kentucky and West Virginia, and in Pittsburgh.